Sun Life Financial Inc., as well as Manulife Financial Corp., are singing Asia's praises and continue to make acquisitions in the region. The Big Six banks, meanwhile, are narrowing their strategies to concentrate on richer, Western countries.

There are exceptions to this rule. Bank of Montreal's asset-management business has a decent presence in Asia after acquiring F&C Asset Management in 2013; National Bank of Canada recently bought a stake in a small Cambodian bank; and Bank of Nova Scotia still owns 49 per cent of Thailand's Thanachart Bank.

But the Canadian banks' broad strategies have certainly been refined. Even Scotiabank, the most international of the Big Six lenders, is scaling back its global ambitions to emphasize the four so-called Pacific Alliance countries – Colombia, Peru, Chile, Mexico. The lender is also mulling a sale of its Thanachart stake.

At the same time, Royal Bank of Canada has talked openly about focusing on rich Western markets – Canada, the United States, Europe – while Canadian Imperial Bank of Commerce is happy to be a regional bank with roots in Canada and the United States.

Sun Life, by contrast, happily touts its Asian expansion, including a deal last week to acquire the Hong Kong pension business of FWD Life Insurance Company. Earnings from Sun Life's Asian unit are still small relative to total profit, contributing about roughly 12 per cent of core earnings, but chief executive officer Dean Connor has made the business one of his four strategic pillars.

"When you've been in the region a long time, you kind of know how it operates. You have comfort and familiarity," he said of his affinity for Asia relative to the banks, adding Sun Life has operated in Asia since 1892.

Such roots can make it easier to do deals, he added, because they give foreign regulators extra comfort when approving takeovers, including Sun Life's $586-million purchase to enter Malaysia in 2013. The regulators know the buyers.

Sun Life is also seizing on opportunity. "Demand for what we do is growing at a really fast clip given this remarkable movement of people into the middle class in most countries in Asia," Mr. Connor said. "That is a secular trend that has a lot of legs."

As people start building wealth, they start saving for their kids' educations and they add health-care coverage, both to cover hospital costs and to insure against accidents.

What about China's economic slowdown? Mr. Connor isn't so stressed; in fact, he practically dismisses the question. "First of all, it's a pretty gradual slowdown, and the economy is still growing at a pretty fast clip," he said. Plus, what's transpiring "has not had a big impact on our businesses across the Asian region."

Canadians who don't know the region well may think of Asia as one homogeneous place that all ties back to the Chinese economy.

Mr. Connor noted the gross domestic products of countries such as the Philippines and Indonesia aren't so closely tied to China – and they continue to bring people into the middle class.

Because the region is heterogeneous, Sun Life has crafted three different expansion strategies. Sometimes, the insurer beefs up lines of business it is already in, which was the case with the latest Hong Kong deal. In others, it acquires to get into new markets, as it did with the Malaysian deals.

The third strategy is to add to existing stakes in countries such as Vietnam and Indonesia. Instead of buying big every single time it does a deal, Sun Life likes to acquire slivers of companies and assess the situation through joint ventures. That way, Mr. Connor said, "you know where all their warts are," and can determine if you want to buy more. 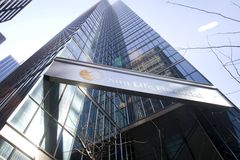