Another analyst has joined a growing chorus of observers who suggest U.S. discounter Target Corp. consider cutting its losses by closing or scaling back its struggling stores in Canada.

Michael Exstein, retail analyst at Credit Suisse in New York, said on Wednesday it may be more prudent for Target to shut its Canadian division after launching 124 stores just last year and a few more in 2014. By closing them, the discounter could focus all its resources on improving its challenged U.S. operations, Mr. Exstein said. Target's U.S. business makes up more than 97 per cent of the company's current sales.

The recent decision of Sears Holdings Corp. to put up for sale its troubled Canadian stores "only makes [Target's] decision on Canada all the more pressing, given the potential for a glut of supply that would dilute the resale value of [commercial] real estate in Canada," Mr. Exstein added.

Mr. Exstein isn't alone among industry watchers to suggest Target drop its Canadian business – or downsize it – and concentrate its efforts on its U.S. operation.

Last month, David Strasser, retail analyst at Janney Capital Markets of Philadelphia, said in a report that Target "has started to talk about the possibility that if it cannot get Canada on a path to profits, it could be closed down.

"The reality is that the company is just starting to determine the cost of closing it down, an amount which could make it prohibitive to do," Mr. Strasser said. "But it is unrealistic that Canada stays as bad as it is, and is not dramatically shrunk or closed."

Even so, Target executives have insisted they are committed to Canada. In May, the discounter named Mark Schindele, a veteran Target executive, to head its Canadian division, replacing Tony Fisher, who left the company.

Target is also looking for a new chief executive officer after Gregg Steinhafel left that top position, also in May. Interim CEO John Mulligan met with analysts about a week later and reiterated that Target is "focused on fixing" its Canadian operations, said Faye Landes, analyst at Cowen & Co. in New York.

"Everything related to this business is 'on the table,' including a real estate review," she wrote in a report after the meeting. "The current strategy involves improving the supply chain, achieving the right assortment and promotional cadence, and significant systems enhancements."

Target's Canadian division posted an operating loss of almost $1-billion (U.S.) in its first year here, and another $211-million shortfall in the first quarter of 2014. Now under Mr. Schindele, it is going back to basics to revamp the business under a new leadership team. It hired consultants to assess the business, including pricing and store locations.

"If we find that we aren't priced right, I'll lower prices," Mr. Schindele, a veteran merchandising executive at Target, said in an interview in late May.

Since launching in Canada in March of 2013, Target has been plagued by customer complaints that its pricing is often higher than that of comparable products at its U.S. stores, and that shelves are frequently empty.

Mr. Schindele said Target's own research has found its pricing here "incredibly competitive." But the pricing strategy is crucial for the retailer, because consumers decide on where to shop based primarily on prices.

"You have to be priced right," he told The Globe and Mail. "Pricing is very flexible. Our competition changes. We have to be very nimble and move all the time."

Mr. Exstein, the analyst, estimated that if Target leaves Canada in 2015, it would incur $3.5-billion in charges, but would generate $1-billion in cash proceeds. He estimated Target would see a nearly 10 per cent decline in equity and the largest drop in its free cash flow since 2007.

"Once a permanent CEO takes the helm, they will need to rapidly decide whether an attempt to turn around Canada is worth diverting time and capital away from the U.S. business," Mr. Exstein said.

The discounter seems to be on the road to having invested about $6-billion in capital expenses and after-tax losses into its Canadian operations by the end of fiscal 2014, he said. But a turnaround will take "at least several years to accomplish," Mr. Exstein warned. "The turnaround would require fixing supply chain and stocking issues, investing in [lowering prices] and perhaps most critical and difficult of all, repairing the company's reputation in the eyes of the Canadian consumer."

In 2011, Target sealed a $1.8-billion deal to buy most of the Zellers leases from Hudson's Bay Co. Mr. Exstein thinks the liquidation value may be "significantly lower," partly because of a lack of "obvious" retailers looking to enter or expand in Canada.

But Mr. Strasser at Janney said while Target has problems in Canada, it is working hard to revamp its operations here and is slowly getting better. He said Target is generating about $165 of sales per square foot in Canada, compared with $300 of sales per square foot in its U.S. stores, and gross margin per square foot of $48 in Canada compared with $88 in the U.S. "Ultimately we believe there is still value to be had in Canada, and we are in the camp that it will get fixed, never towards the returns once envisioned, but toward breakeven and eventually profitability," Mr. Strasser said. 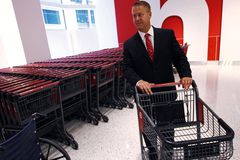 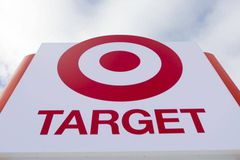 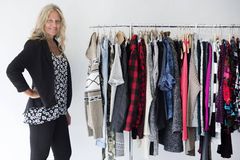