At the main offices of TD Securities Inc. in New York, some 250 people buzz around on its trading floor – a patch of real estate once occupied by German colossus Deutsche Bank AG.

The Canadian bank-owned dealer is bulking up – even as some of its foreign competitors pull back. Over the past three years, TD Securities has increased its hiring in the United States, adding 300 people to bring its head count to roughly 900. Over the same period, it has boosted revenue in its U.S. business at an annual clip of 18 per cent and is targeting more double-digit growth in the years ahead.

But making further gains in a region that is drastically more cutthroat than the Canadian market won't be easy. While TD is already a formidable force in the retail banking market in the United States, it's still not clear whether that strong brand presence can make it a dominant player in capital markets.

In the United States, TD Securities is a tiny fish in an enormous pond, with only about 2-per-cent market share in capital markets – a minnow compared with U.S. behemoths such as JPMorgan Chase & Co. and still smaller than rival Canadian dealer RBC Dominion Securities Inc., which has the strongest footprint of any Canadian bank in U.S. capital markets.

The United States is orders of magnitude bigger than the home market and represents a novel source of growth for TD in capital markets. Added revenue from investment banking, trading and corporate banking also acts as a buffer against any stumbles in the retail part of the business, which over the past decade has made up the bulk of the Toronto-based bank's profit and revenue.

"Our objective is to grow the wholesale earnings of the bank more significantly," Glenn Gibson, vice-chair and regional head for TD Securities USA, said in an interview this summer. "The best opportunity to do that is in the U.S. market."

TD's wholesale business – corporate lending and capital markets – has historically lingered around 9 per cent to 10 per cent of earnings, much lower than those of bank-owned Canadian competitors such as BMO Nesbitt Burns Inc. and RBC, which are closer to 25 per cent.

However, since becoming chief executive officer in late 2014, Bharat Masrani has signalled a shift in TD's strategy that puts more emphasis on expanding its capital-markets business, particularly in the United States.

It's a strategy that deviates from that of his predecessor, Ed Clark, who chiefly focused on growing the bank's retail business during his almost-12-year run.

"Where TD strategically may be more open to a venture like this stems from the fact that Bharat had spent the bulk of his time before he became CEO in the U.S.," Mr. Aiken said. "It's a very different marketplace, which has benefits as well as idiosyncrasies, which Bharat may feel a lot more comfortable with than Ed."

While TD has serious ground to make up in U.S. capital markets, it's not starting from zero. In a handful of areas it is already competitive, particularly in foreign-exchange trading and certain segments of fixed income and corporate lending. For example, in the telecom sector, TD was the 12th-biggest lender in the United States last year, according to Thomson Reuters, and the ninth-biggest dealer in supranational, subsovereign and agency (SSA) debt.

The dealer wants to grab a piece of prime brokerage space for the hedge-fund industry – a lucrative niche that includes providing margin financing and lending securities for shorting. It also aims to become a contender in mortgage-backed securities trading, a previously maligned but still important and profitable subset of the fixed-income market.

TD is under no illusion about how tough it will be to make it big in the United States. "We don't expect anything to be given to us," Mr. Gibson said. "We earn every piece of business that we attract in the U.S."

TD Securities has a long history in the United States. It became a fully fledged investment bank and broker-dealer in 1989. Through the 1990s it was a niche operation, focused mainly on lending to media and telecom companies and the energy sector, and operated separately from its fledgling Canadian unit.

By the mid-2000s, things started to change. Starting in 2004, TD made a number of major retail acquisitions in the United States, spending billions to buy the likes of Banknorth Group Inc. and Commerce Bancorp Inc. But despite a vast improvement in brand awareness, TD didn't make great strides in capital markets. One reason was the cautious nature of Mr. Clark, who viewed the segment as risky and volatile.

"Clark wasn't interested in competing against Goldman Sachs or other investment banks in the United States. That was pointless," Howard Green wrote in his bestselling 2013 book, Banking on America: How TD rose to the top and took on the U.S.A.

Before the financial crisis, TD had no obvious competitive advantage. With every major global dealer vying for business, TD was "struggling to add value outside Canada," Moti Jungreis, head of global markets with TD Securities, said in an interview.

But after the financial crisis, with no exposure to toxic U.S. subprime debt, TD suddenly had an edge. The Canadian dealer was seen as a reliable counterparty to trade with, and its hefty balance sheet allowed it to lend big to corporate clients when others were pulling back.

Chastened and weakened in the years since, European banks such as Deutsche Bank and Royal Bank of Scotland have become drastically weaker players in the United States, presenting a further opportunity for Canadian banks such as TD to fill the void.

Over the past six years, TD's expansion in the United States has intensified. That has meant beefing up its U.S. fixed-income, derivatives and foreign-exchange operations and broadening its corporate-lending business by getting into areas such as autos, utilities and real estate. In 2014, it became a primary dealer, which means it can trade U.S. treasuries.

While TD has mostly built out its capital markets imprint in the United States by creating its own platform, in September, 2016, it announced the acquisition of Albert Fried & Co. The boutique dealer had been in the midst of building a prime brokerage unit that services hedge funds – one of the most active of all traders in capital markets. TD has spent much of this year completing the buildout of the unit, which it has rebranded as TD Prime Services.

But despite the expansion in its capital markets footprint, there are still weaknesses in TD's coverage in areas such as structured products and municipal debt.

"We need to widen our product [offerings] in the U.S. so we can be more relevant to more clients," Mr. Jungreis said.

The dealer does little business in cash equities. It has a limited institutional equities distribution and only a small cluster of people trading interlisted shares. With margins razor-thin for all banks in cash equities, TD isn't planning to make major inroads into the sector either.

But perhaps the most glaring omission in TD's playbook is in M&A advice, one of the most profitable of all areas in capital markets. Juicy mandates such as advising Shaw Communications Inc. on its $2.3-billion sale of its U.S. data centre business, Via West, earlier this year, are few and far between. While TD has made inroads in the energy and technology, media and telecom sectors, the dealer is hopeful it can win larger mandates in other burgeoning areas, such as the utilities sector.

Over the past few years, it's not just TD's product offerings that have evolved in the United States, it's the investment bank's entire ethos around the region. Long gone is the island mentality of old. The dealer now speaks in terms of its "U.S. dollar business." What that means is the firm's bankers in New York liaise seamlessly with Canadian clients who want access to U.S. capital markets, and vice versa.

But while all divisions are profitable in the United States, Mr. Gibson said, margins aren't what they are in Canada.

"To get to the same margins in the U.S that you have in Canada, you have to get a size and scale that makes sense. We're getting there."

Over the next three years, TD is targeting 15-per-cent annual revenue growth a year in the United States. One way to hit that mark is getting stronger in the "real money" space, as Mr. Gibson terms it. That means building relationships with, and winning more business with the likes of Blackrock Inc. and State Street Corp., which oversee trillions of dollars for investors, vastly more more than the biggest asset managers in Canada.

Although TD isn't aiming to supplant the likes of a JPMorgan or Goldman Sachs in the United States, Mr. Gibson says it can go head to head with the big guns in certain areas.

"We're not trying to be an aggregate league table player. We're not going to knock off the top five U.S. banks," he said. "But can we be right below that lead group of U.S. broker-dealer universal banks? Absolutely we can. And that's where we should be." 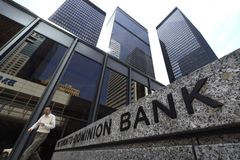 TD to hedge bets on Brexit with expansion at Dublin office
August 22, 2017 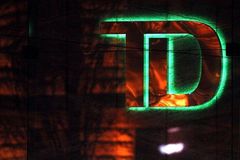