The fierce debate over whether Canadian pension funds should invest more money at home is finally coming full circle.

For years, the investment arms of the country's biggest funds, including Canada Pension Plan Investment Board and Ontario Teachers' Pension Plan, fought for the right to invest in securities other than safe, domestic government bonds. Once they got the necessary approvals, they pushed into new asset classes, such as infrastructure and private equity, and they put boots on the ground in new places, like London and Sao Paulo.

But the bigger they become – the country's two largest funds each report assets of $200-billion or more – the more scrutiny they endure. Today there are growing cries that the pendulum has swung too far away from Canadian assets, because worthy domestic investments that need their support can be overlooked.

The pressure to reconsider the funds' allocations is heavy, particularly in an era when so many governments, provincial and federal, are cash-strapped. The pension funds, by contrast, have giant pools of capital that could be used to develop crucial Canadian industries, such as venture capital, and infrastructure projects that include bridges and airports.

Last month the chief executive of Cliffs Natural Resources Inc. made headlines by declaring that he had "zero hope" Ontario's Ring of Fire would be developed in his lifetime because it lacked the necessary infrastructure. As it stands, pension plans are not active players in the development, forcing different levels of government to lay the groundwork.

The Ontario Liberals are the latest to speak up. "We know that countries around the world like Australia and England are benefiting from Canadian pension fund investments and it's important that we see the same sort of investment in our own economy," a spokesperson for Ontario finance minister Charles Sousa wrote in an email to the Globe.

Ontario currently has a cap that limits how much the province's own funds can invest in its infrastructure projects. Last week, the provincial government put forward a proposal to scrap the restrictions on certain investments.

"It's an interesting time. We need innovation and productivity, and we have a [VC] sector that's chronically underfunded," said Mike Woollatt, who heads Canada's Venture Capital and Private Equity Association. The country's pension funds, meanwhile, have limited exposure to the sector, even though they are widely viewed as "smart capital," meaning they are sophisticated investors that can handle riskier venture investments. They are also watching their available funds skyrocket; by 2030, CPPIB is expected to have $500-billion under its watch.

By no means have the pension funds abandoned their home countries. CPPIB's second largest investment, for instance, is the 407 express toll road north of Toronto, and the Caisse de dépôt et placement du Québec habitually invests in Quebec companies because it is mandated to contribute to the province's economic development. The investment arm of OMERS also started a $180-million Canadian venture capital arm in 2011.

Yet they appreciate that their expansion agendas have come with wrinkles, and that it is easy to forget all the money to be made at home. "From a diversification standpoint, you certainly don't want all your eggs in one basket," said John Ruffolo, who leads OMERS Ventures. "But sometimes the best opportunities are in your own backyard."

It is a fine line to walk. To establish full investment independence, CPPIB is governed by an act that prevents any government interference. The act also requires CPPIB "to invest with a view to achieving a maximum rate of return," meaning no one business or country can be favoured. Making money for pensioners is the only goal.

Such independence was established for a reason; political interference can be tough to stamp out. At Teachers, for instance, provincial bonds were once the only permitted investments, and the province had some say over what rate of interest it wanted to pay on debt issued to the pension fund. In the 1980s pensioners started complaining that they were earning below-market returns, and the situation became so heated that a pension plan commissioner demanded to see the securities in a Queen's Park vault, but was blocked.

"You don't want to get into a situation where you're trying to get short-term political [gain]… and you're short-changing the pension fund on the returns," said Stephen Dowd, now a partner at Caledon Capital Management, but was, until recently, the head of infrastructure and timberland at Teachers.

Independence can also help these funds when they go abroad. "Together, our investment mandate and governance structure provide comfort to governments and co-investors around the globe that our motives are purely commercial and there will be no political interference," Michel Leduc, the fund's public affairs head, wrote in an email. State-owned investors in countries such as China, which control huge pools of capital, don't enjoy the same luxury.

Certain Canadian funds have been more willing than others to roll the dice on promoting their home country. The Caisse de Depot is one of the most aggressive when it comes to supporting local businesses and industries. "Those investments over the last five or six years have done extremely well," said Michael Sabia, who runs the fund. "We don't quantify it publicly, but they've done extremely well. Why? We know those assets inside and out. We know the people who run them. We just have access to knowledge so we make good choices."

OMERS Ventures has also bet big on Canada. Spotting a dearth of domestic venture capital, the fund launched three years ago and now backs some of Canada's hottest startups, including Shopify and Hootsuite.

Despite all the hype around Silicon Valley, Canada proved to have some gems. "I'm obviously biased, but I never imagined that we'd have this collection [of stars] in an investment portfolio," said Mr. Ruffolo. 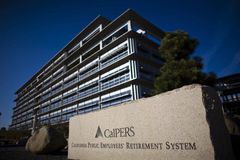 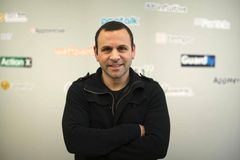 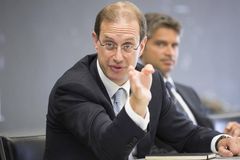