The state of panic in Washington over corporate tax avoidance is nearing code red, and Canada's beloved Tim Hortons Inc. is on the cusp of being dragged into the hoopla.

On Sunday the national coffee chain announced it is in talks with private equity firm 3G Capital Management, which owns fast-food giant Burger King, about a possible merger. But any deal, should one materialize, won't be a plain vanilla takeover. There are no synergies at play here. The reason these two firms would combine is simple and straightforward: Burger King wants to lower its tax bill.

Under U.S. tax law, American corporations are subject to the 35 per cent federal business tax on all of their operations around the world. In certain countries like Canada, profits can be shifted to foreign subsidiaries – some of which have negligible tax rates – to lower the burden.

The difference has existed for years, but a slew of American companies are now starting to act on it. One of the highest profile outstanding cases involves Valeant Pharmaceuticals, which bought Mississauga, Ontario's Biovail in 2010 to help shield the company from taxes. Since the deal closed, Valeant, which is now based in Montreal, has paid an effective tax rate of between three and five per cent, even though roughly half of its revenues comes from the United States, the Financial Times noted.

Although the Valeant-Biovail deal closed long ago, its corporate tax rate has been thrust into the spotlight because Valeant now hopes to ink a new $46-billion (U.S.) acquisition, and the target company, Allergan Inc., isn't happy about it – so it's airing what it believes is Valeant's dirty laundry.

A number of big deals fit into this box, many of them in the pharmaceutical sector where companies are running out of good ideas and are instead reaching for quick wins, like tax avoidance, to boost shareholder value. Drug-maker Pfizer famously pursued U.K.-based AstraZeneca in what would have been a £69.4-billion ($126.3-billion) takeover this year, largely as a means to lower its tax burden. AstraZeneca rebuffed the bid.

The idea is spreading. Walgreen Co. recently flirted with it, but ultimately decided against buying the rest of Switzerland-based drug store Alliance Boots GmbH to make it happen because the deal proved to be too complicated. Maybe more importantly, Washington put Walgreen in the political hot seat.

Now that so many companies are considering the move, the Obama administration is starting to crack down. Exactly one week ago the Treasury Department said it was assembling a list of options that could be used to curtail the trend. It's uncertain whether they'll have any luck. Congress tried to act before and struck out, and it isn't clear just how much more heft the federal government has.

Washington's freakout is incredibly similar to the panic that emerged in Ottawa in 2006 when big-name Canadian companies such as BCE Inc. started considering converting to income trusts. These trusts largely skirted corporate taxes by adopting a unique structure that helped them pay out most of their earnings to their investors in the form of distributions. The thought of losing tax dollars from large corporations spooked the federal Conservatives into action, and the late Jim Flaherty banned income trusts on Halloween of that year.

If Tim Hortons and Burger King are serious, they might just pull off a deal before Washington gets its act together. While the takeover seems like major news here, given that the coffee chain is often thought of as part of Canada's national identity, an $8-billion (U.S.) takeover is small change to an American giant, so this deal alone won't be enough to create an uproar that finally blocks inversions. Tim Horton's shareholders, though, might think differently. 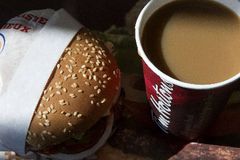 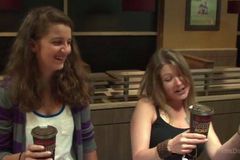 Before the bell: TSX set to rise, Tim Hortons already surging
Subscriber content
August 25, 2014
Explainer: What is tax inversion and what does it have to do with doughnuts?
August 25, 2014
Follow Tim Kiladze on Twitter @timkiladze
Report an error Editorial code of conduct