League Inc., the Toronto tech firm that's looking to disrupt the health benefits market, started its push into the U.S. Tuesday, aiming to be in the top 10 metropolitan areas there by next summer. If all goes well, CEO and founder Mike Serbinis says League will seek to raise $100-million (U.S.) in private venture financing by early 2018, a bit later than originally anticipated.

Founded in late 2014 by Mr. Serbinis –a well-known serial entrepreneur who sold his last company, e-reader maker Kobo Inc. in 2012 for $315-million (U.S.), League is a bold effort to "Uber-ize" the staid health and benefits business.

The strategy is to offer flexible, customized plans that allow employees to allot their health care coverage spending as they choose, including to such non-traditional services as osteopathy or personal trainers. Employees interact with a digital platform that answers their questions in seconds and processes claims quicker than conventional insurers, appealing to millennials who have become accustomed to the speed and convenience of digital service delivery in the mobile era.

"The industry is one of the ones that is yet to be touched by the world of tech," said Mr. Serbinis, who recounts winning a recent account against an incumbent insurer that had tried to deeply undercut League's bid and still lost.

Despite the threat, big insurers are among some of League's early financiers; Manulife Financial Corp. and Great-West Life Assurance Co. parent Power Corp. of Canada invested in its $25-million (U.S.) Series A round last year. Canadian insurers have committed hundreds of millions of dollars to bankroll financial technology startups that could displace them – or be acquired by them.

League's U.S. push follows its rollout last fall of health and benefits offerings to small and medium-sized enterprises across Canada, excluding Quebec. Mr. Serbinis said League has been signing larger enterprises and recently added an Ontario company with close to 10,000 employees, representing "tens of millions of dollars" worth of annual contracts under management (League's net revenue from such contracts is believed to be in the low double-digits after it pays its insurers, including Royal Bank of Canada, also a League investor).

That early success in Canada has emboldened Mr. Serbinis as League expands into the U.S. "We've really been starting out at the small and medium-sized end of the market and just waiting on the enterprise" in Canada, he said in reference to the government and big-business segment. Mr. Serbinis has hired Brian Ancell, former president of Denver healthtech firm Welltok, Inc., to lead the U.S. effort following a pilot project in Seattle. "With the U.S. we're not waiting. There's a ton of enterprise customers that are big enough and operate in the markets we're going after that there's no point waiting."

The U.S. is a big step up for League, which has about 115 employees. The normal 10-to-1 ratio of U.S.-to-Canadian markets is much higher in health and benefits because employers spend more providing health insurance south of the border. The U.S. market is in the $1-trillion (U.S.) range, compared wiht between $30-billion and $40-billion (Canadian) here, Mr. Serbinis said.

League now has between $40-million and $50-million in annualized contract billings and is aiming to end 2018 at the $1-billion range . If the company can exceed $100-million by the end of this year – Mr. Serbinis figures one or two big contracts would do it – League would be set up for a "gigantic" venture finance round. Mr. Serbinis told Reuters in January the financing would likely happen this fall; however, it's likelier to be in the new year as League focuses in September and October on winning new mandates as contracts come up for renewal, he told The Globe. 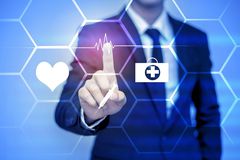 Canada’s insurance industry getting dragged out of ‘the Stone Age’
Subscriber content
October 12, 2016
Follow Sean Silcoff on Twitter @SeanSilcoff
Report an error Editorial code of conduct
Due to technical reasons, we have temporarily removed commenting from our articles. We hope to have this fixed soon. Thank you for your patience. If you are looking to give feedback on our new site, please send it along to feedback@globeandmail.com. If you want to write a letter to the editor, please forward to letters@globeandmail.com.
Comments