U.S. private equity giant TPG Capital is in the final stages of negotiating a takeover of Quebec's Cirque du Soleil in a deal that is expected to include the Caisse de dépôt et placement du Québec and one of China's largest investment funds.

According to people familiar with the discussions, the Cirque's founder and majority owner Guy Laliberté has accepted preliminary terms of a takeover offer from TPG and its minority partner Fosun Capital Group of Shanghai. When Mr. Laliberté hired Goldman Sachs Group Inc. late last year to auction the company he founded 30 years ago, he was initially seeking $2-billion from buyers. The company's struggles with mounting production costs and some box office disappointments has discouraged a number of interested suitors and it is expected the sale price will fall below Mr. Laliberté's target.

A spokesperson for TPG declined to comment and Cirque officials could not be reached.

TPG's preliminary offer trumped the only competing bid from a group of investors led by CVC Capital Partners of the U.K. and Providence Equity Partners of Rhode Island.

Sources said TPG is in negotiations with the Caisse about a potential investment in the famed Quebec circus producer.

The pension plan manager is seen as an essential partner in the takeover in order to mollify the province's Liberal government, which has publicly called for local ownership in one of Quebec's most prominent companies.

Sources said TPG has agreed to Mr. Laliberté's insistence that the Cirque du Soleil's new owners preserve its Montreal headquarters and local staff of about 1,600.

Mr. Laliberté is expected to keep a 10-per-cent stake in the business and sources said Montreal businessman Mitch Garber is in discussions about joining the company as chairman or vice-chairman of its board of directors.

Mr. Garber, who runs a variety of gambling interests, is a fervent champion of Montreal and is a long-time friend of Mr. Laliberté. Together they founded a $1-million buy-in poker tournament for charity.

Mr. Garber is chief executive officer of casino operator Caesars Acquisition Co., a Caesars spinoff listed on the Nasdaq that controls several major casinos in the United States as well as Caesars Interactive Entertainment (CIE). CIE's assets include the World Series of Poker. Mr. Garber said he has no plans to step away from Caesar's and he declined to comment about any potential appointment at Cirque.

It is understood that TPG seeks to capitalize on the Cirque's popular circus productions to add to theatrical lineups at its resort and casino holdings, while expanding the company's reach into film, television and other media outlets. TPG is a major shareholder in U.S. casino and resort operator Caesars Entertainment Corp., which is struggling to reduce the debts of its largest operating unit while under the protection of a U.S. bankruptcy court.

The private equity firm also has interests in entertainment companies, including one of Hollywood's newest film and television studios, STX Entertainment. TPG is also an investor in Univision Communications Inc., a New York-based television and cable company that serves the Hispanic community.

China's Fosun Capital Group has investments in a number of tourism assets and sources said the investment giant is considering expanding the Cirque's productions in China and Southeast Asia. 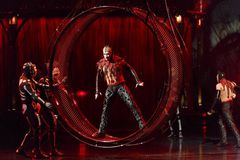 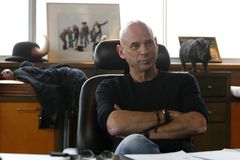