By overhauling corporate taxes, American legislators have delivered a gift to some of Canada's largest banks that's potentially worth hundreds of millions of dollars a year in added profits.

The sweeping tax cuts hastily passed by the U.S. House of Representatives and Senate and signed into law by U.S. President Donald Trump on Friday are expected to boost earnings per share at four of Canada's largest lenders by 1 per cent to 3 per cent, according to a report by analysts at Citigroup Global Markets Inc.

Bank of Montreal stands to benefit the most: With its extensive banking network in the American Midwest, it is estimated to receive a 2.6-per-cent lift to earnings per share. At Toronto-Dominion Bank, with its network of more than 1,200 branches stretching the length of the U.S. East Coast, EPS is projected to rise by 2.3 per cent. Royal Bank of Canada and Canadian Imperial Bank of Commerce, which have both acquired banks focused in private banking and commercial lending to build out their U.S. presence in recent years, can expect increases of 1.6 per cent and 0.9 per cent respectively, according to Citigroup.

Spokespeople for BMO, CIBC, RBC and TD declined to comment for this story.

That's a welcome tailwind, but also a far cry from the boon expected for the largest U.S. banks, which will see EPS climb by anywhere from 8 per cent to 17 per cent. That's largely because they do the lion's share of their business in the United States, but also due to other benefits – such as lower repatriation rates for cash held abroad – that won't provide a measurable boost to Canadian-owned banks.

The most significant change in the new bill drops the marginal corporate tax rate from 35 per cent to 21 per cent. But there are also accounting considerations in the fine print that could limit the short-term benefits of the tax breaks for some banks, including adjustments to the Base Erosion Anti-Abuse Tax (BEAT), which limits certain tax-deductible payments made to foreign affiliates.

In annual filings, BMO disclosed that the changes would require the bank to reduce its net deferred tax asset – an accounting measure tied to the timing between a bank booking a tax loss and realizing its benefit – by roughly $400-million (U.S.). And that "would result in a one-time corresponding tax charge in our net income," the bank said, which would then be offset over time by higher earnings.

Capital levels that regulators track closely could also temporarily inch lower. Using an estimated 20 per cent corporate tax rate – which is slightly lower than the actual 21-per-cent rate – BMO estimated its common equity tier 1 (CET1) ratio could fall by about 15 basis points (100 basis points equal one percentage point). But BMO has a more than ample buffer: As of Oct. 31, its CET1 ratio was a robust 11.4 per cent.

"There could be a hit to tangible book [value], and a much smaller one to regulatory capital, from the write-off of [deferred tax assets]," said the Citigroup analysts.

Of the four major Canadian banks that stand to benefit the most, TD reaps the largest share of its total profit from U.S. operations, at 29 per cent, according to the report. 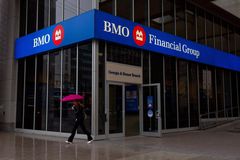 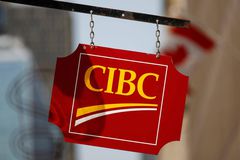 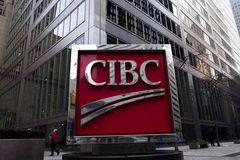