Venture capital investment in clean energy technology, or cleantech, has seen a "drastic" year-over-year reduction in Canada in 2014.. That's according to the most recent quarterly report on the venture capital industry by the Canadian Private Equity and Venture Capital Association (CVCA).

As of Sept. 30, Canadian venture capital (VC) firms had committed only $56-million into cleantech companies in 2014. Over the same period in 2013, $263-million had been funneled into the sector. That goes against the grain of the overall VC investment in Canada, which is trending higher compared to last year. Over the first nine months of 2014, VC companies invested more than $1.6-billion, 16 per cent more than in the same time frame in 2013.

CVCA defines cleantech as industries such as wind, energy, solar, and also companies that engage in activities that help to reduce energy consumption. The data for the survey was gathered by Thomson Retuers, who reached out to about 100 Canadian venture capital companies.

Part of the reason 2014 looks so shabby is that 2013 was a record year for venture capital investment into cleantech. Moreover, a handful of companies attracted sizeable investments, that were much bigger than the norm. Enerkem Inc., a Montreal-based developer of renewable biofuels was one such standout, attracting around $86-million, according to Thomson Reuters in 2013.

However, 2014 cleantech investment still lags when compared to 2012 and 2011, when $74-million and $135-million respectively were invested by VCs into cleantech by the end of the third quarter.

Gavin Penny, Canada lead, deals and private equity with Thomson Reuters, wrote in an email, "It's been a comparatively lousy year for venture capital investment in Canadian cleantech companies, on pace for the worst year since 2005. In a typical year we'll see something like $100 to $200-million in VC (venture capital) cleantech investment."

In a telephone interview, Mike Woollatt, CEO of CVCA Mr. Woollatt was slightly mystified as to why this year has been so slow. "I've talked to a lot of cleantech venture capital firms and they don't really know why."

Mr. Penny offered this explanation: "Part of the reason for the 2014 decline has been substantially lower-than-average VC cleantech investment in Ontario. From 2009 to 2013, Ontario averaged $54-million annually. Through the first nine months of the year, even Alberta came out ahead over Ontario ($21-million versus $13-million). It's perhaps not as hot of a sector as it was in the McGuinty days, when more government money was flowing."

Another factor may be that sentiment in the U.S. around the sector has soured.

"Silicon Valley has basically abandoned cleantech. In 2008 they rushed in and in 2012 they rushed out." says David Harris Kolada, vice president, alliances and market development with Sustainable Development Technology Canada (SDTC), a government-backed not-for-profit foundation, in a telephone interview. After the financial crisis, the sector benefited from a huge influx of stimulus money, Mr. Harris Kolada says. Cleantech was particularly hot in California, with many of its citizens driving hybrid cars and sporting solar panels on their roofs. But cleantech proved to be a tougher sell in other parts of the U.S.

The change in sentiment in the U.S. caused VCs to move on to the next big thing and that thinking is also affecting the Canadian market, says Mr. Harris Kolada. He added that a number of the major cleantech VC firms are nearing the end of their ten-year fund cycles, and that means they are not investing right now. The first five years is when funds are actively investing; The second five years is the "waiting it out" phase on investments, before cashing out. He says once the cycle ends, VCs will be raising new funds and seeking-out new cleantech projects in which to put their capital to work.

"Activity will pick up. We're as bullish as we ever were on cleantech," he says.

Mr. Woollatt, too, is optimistic that VC investment in cleantech will pick up soon. "I have heard from our members that there appears to be a bunch of deals in the pipeline." 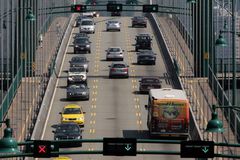 It’s time for us to talk about energy and its environmental consequences
May 12, 2018 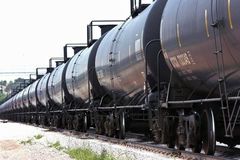