Call it the ultimate banker's dilemma. The floodgates for initial public offerings have unexpectedly flown open – yet there's every reason to be worried. If underwriters aren't careful, this party will be broken up far too soon.

As energy prices crashed in the second half of last year, Canadian investors took part in a classic rotation, selling resource stocks with abandon and buying shares in nearly every other sector.

The phenomenon created quite the perverted market. Since June 25, when the price of West Texas Intermediate crude oil last peaked, money has poured into traditionally safe, stable industries, sending their values soaring. The typically boring consumer staples index – home to companies that sell toilet paper, among other household goods – is up 40 per cent over this period.

The knee-jerk reaction now is for private company owners to take their holdings public by selling into this demand. But underwriters need to be cautious, because it's in these irrational markets that investors are most likely to get burned. Let that happen and you'll kill the vibe.

It only takes one fantastic flame-out to make investors back away. The ugly memory of Athabasca Oil Corp.'s IPO in 2010 should never be forgotten: the company went public at $18 a share, and barely spent any time above that level. Investors were so scarred that Canada's IPO market was nearly frozen for many months afterward.

This go-around, Fairfax Financial Holdings Ltd., which owns Cara Operations Ltd., was one of the first private backers to spot such wild demand for non-resource companies. To capitalize, Fairfax decided to take Cara public earlier than anticipated, and when underwriters priced the IPO in early April, investors had placed roughly $4-billion worth of orders – for just $200-million worth of shares.

The outrageous demand for this one deal has flipped a switch. Investment bankers now say they are practically begged by venture capital backers and private equity funds to be pitched on public offerings for companies held in their investment portfolios. Already we're seeing the effects. Last week, Shopify finally launched its own IPO, after years of speculation about its plans to do so. And there could be more tech IPOs in the hopper, with companies such as Vision Critical and Desire2Learn rumoured to be looking at going public.

Because we are only in the early stages of this IPO wave, it's hard to say any one offering has been egregious, or that investors have been blindly buying into whatever crosses their desks. Still, Canadian underwriters should take note of the warning sign BlackRock sent last summer in Europe.

Following a flurry of initial public offerings that did not trade very well, Rob Leach – then the asset manager's head of EMEA capital markets – e-mailed investment bankers, suggesting too many unproven companies were going public. According to the Financial Times, a "worrying feature," he wrote, was a growing failure of "companies to achieve stated financial and business targets even after one or two quarters."

One trend to watch here is the proliferation of IPOs for subordinate shares – something we've seen in both the Cara and Shopify offerings. Investors can be so hungry for non-resource stocks that they simply look past this feature. Never forget that Magna International Inc. shareholders had to shell out $863-million to Frank Stronach to finally wrestle control of the company away from him in 2010.

Be smart, underwriters. Take it slow. If a company wants to go public, don't go for the maximum value possible. It's much better to price a solid deal at a reasonable level, and then have the stock trade up in the market.

Of course, cooling the IPO market is easier said than done. It's hard for investment bankers to turn down revenue – especially rich IPO fees, which can amount to 5 or 6 per cent of the total deal value. Retail advisers are in the same boat, because they are often paid half of the underwriting fees for simply putting their clients into these deals.

The real brake, then, might have to be investors themselves. Here's a stat that might prevent them from following the herd: of the 15 largest IPOs over the past five years, the average return is negative 21 per cent.

That atrocious return can't solely be blamed on energy deals, either. One of the biggest IPO failures came from Smart Technologies Inc., a privately held company that was supposed to revolutionize the education market with its digital whiteboards. It went public at $17 (U.S.) a share in 2010, and closed Monday at $1.21.

The big fish in the current IPO market is the Ontario government's pending sale of Hydro One – a deal that could raise almost $10-billion. The official word is that it should be done by the end of the province's coming fiscal year.

If underwriters aren't careful, and the current batch of coming IPOs flame out once they start trading, the government may have to rethink its strategy. Investor appetite ultimately rests on the state of the markets. And should they sour, investment banks will largely have themselves to blame for not being more discerning. 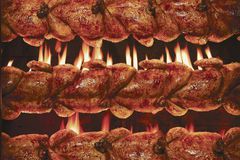 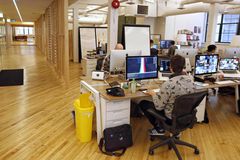