So just who is Tyler Durden of zerohedge.com, and why is anyone (including the Globe and Mail's Streetwise blog) paying any attention to what he wrote about Canadian banks?

That's one of the big questions in the fast-growing comment queue in a Streetwise post highlighting Zero Hedge's decidedly bearish take on Canadian banks.

(That link is here. ) The answer is because despite the fact that Mr. Durden is an anonymous blogger with a nom de plume cribbed from a Brad Pitt movie, what gets written is fairly widely followed. Some big money managers follow the site, and periodically forward me posts.

In this case, the original Zero Hedge post (available here) landed in my inbox twice from other sources in media and was clearly spreading. Like it or not, people were reading it, so it was worth taking a look at the logic in it.

Mr. Durden and Zero Hedge have a reputation as provocateurs, and in this case, it's working. The idea of challenging the conventional wisdom that Canadian banks are totally solid is anathema to many Canadian bank boosters, the comments make clear.

On further thought, Mr. Durden does miss or ignore some things on Canadian banks, including their earning power and their loan loss reserves, as well as the fundamental difference between the challenges Canadian banks and European banks face on their assets.

But the point is, Zero Hedge provokes the further thought.

The site says its mission is five fold:

-to widen the scope of financial, economic and political information available to the professional investing public.

-to skeptically examine and, where necessary, attack the flaccid institution that financial journalism has become.

So, working on the assumption that Mr. Durden is not Brad Pitt, who is he? Is it even a he?

The site is careful to protect the identities of the writers, but there are a few clues. A trader, Daniel Ivandjiiski, once stated that he was one of a group of contributors who wrote under the Durden handle. (Here's a link to the New York Post) The troubling part about that is that Mr. Ivandjiiski was banned from the securities industry for insider trading, according to the Post.

Beyond that, there's not much to go on.

The other assumption of some one reading the Zero Hedge post or the Streetwise reference to it is that the author(s) is/are trying to drive down the price of Canadian bank stocks. Perhaps because they are short the shares, or because they want to get in cheap.

Reading what Zero Hedge calls its non-policy on conflict of interest, you should assume that's what they are doing. They say as much. Here's a link to the policy, but here's the upshot, in Zero Hedge's inimitable style:

"So how do we plan to handle conflicts? We don't. You should assume that at all times we are so totally just talking our book it would shock and awe you like the unexpected, early-morning arrival of a cluster of BGM-109C Tomahawks (were you a believer in the importance of "optics" that is)."

And if that's not clear enough, Zero Hedge goes on to say:

"The reality is, critical readers should read analytic posts and the rest of Zero Hedge with the blanket assumption that the author is totally 'conflicted.' (Phrased more logically, that the author stands to benefit from being right- imagine that)."

So is Zero Hedge right about Canadian banks or just being provocative. I think they are probably wrong. I think the comparison between Canadian banks and European banks is misguided, even if they do look alike on this one metric.

But I consider myself provoked. 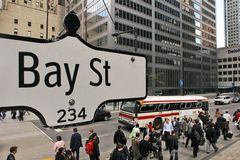 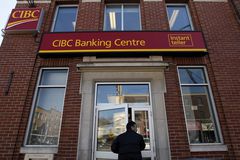