Canada's big banks have sailed through earnings season reporting better-than-expected results despite concerns about the global economy, slumping commodities prices and the overheated domestic housing market. But could even bigger threats to the banks loom from a band of scrappy high-tech startups?

You may have heard the term "fintech" recently; expect to hear it a lot more in the future. The loose definition refers to firms that are looking to leverage software and the Internet to bring new efficiencies and competition to the financial services sector, and there are a lot of them.

This week, venture capital firm OMERS Ventures published an infographic identifying 89 fintech startups across Canada – largely in Toronto and Vancouver – that have collectively raised more than $1-billion in capital since 2010. Some will be selling technology to the banks, but an increasing number are looking to steal business away from them.

"We're really at the beginning of the whole roll-out of these services and capabilities," says OMERS Ventures managing director Jim Orlando, who said OMERS' recently closed $260-million Fund II will likely invest 10 to 15 per cent of its funds in fintech firms. "For every service you can [access] on the homepage of any bank, there are different startups going after that." It won't be a single bank but a bunch of little things chipping away that will get adoption."

For all the venture activity in Canada, this country is behind the United States, where the number of investments in early-stage fintech companies has increased more than fivefold to $1.3-billion (U.S.) in 379 deals last year, up from $238-million in 69 deals in 2008, according to CB Insights.

U.S. online lenders Lending Club Corp. and OnDeck Capital Inc. have gone public and wealth management giant BlackRock Inc. this month acquired Future-Advisor, one of a flurry of so-called "robo advisers" that replace humans with algorithms to provide investing advice and handle transactions. Five of the 25 most valuable private, venture-backed firms in the world are fintech companies, including Lufax and Stripe, CB Insights data show.

For many would-be disruptors, the starting point is to target areas seen as underserved by the big banks – such as small loans.

Some Canadian companies are gaining traction. Mogo Finance Technology, an online consumer lender based in Vancouver, went public in June, raising $50-million. This month, Mogo reported that revenue and loan originations – which are backstopped by U.S. private equity giant Fortress Investment Group – rose by more than 100 per cent in the second quarter year over year, to $71.3-million and $10.3-million, respectively.

Like other fintech companies, Mogo has its sights set on digital-savvy millennials. Younger people are seen as less brand loyal to the big banks and more likely to try out a disruptive upstart in an established field that relies on viral word of mouth rather than expensive advertising – a staple of big bank customer acquisition efforts – to build a customer base, as AirBnB and Uber have done.

"Millennials will be the driver," he said. "They are way more trusting and believe that a brand new startup today would be more secure, more transparent, than a bank. The big companies now know they actually have the disadvantage going forward, right, because they are almost without question viewed as old school. … Then all of a sudden an app that allows you to transfer money gets downloaded one million times. What does it cost the bank to acquire those customers? Everybody now knows almost with certainty that these new startups will disrupt them. The question is, how much and how fast?"

But there are other questions.

In the United States, the financial services landscape is massive but banks tend to be regional and relatively small, offering far rosier opportunities for a tech upstart to carve out a significant stand-alone business. In Canada, banks are huge and dominant; those fintechs that break out in Canada may well find it easier to try to sell out to the banks than try to become massive independents, says Janet Bannister, a Toronto-based general partner with venture capital firm Real Ventures.

"The Canadian banking system is very different and much more competitive and well-run than in the U.S.," says Vancouver venture capitalist Boris Wertz, who so far has avoided the sector here, which he says is marked by a "lot of copycats" of U.S. companies. He warns that Canadian startups face a formidable challenge from the big banks and also bigger, better-financed U.S. fintech companies that could spill over the border at any time. "You have to run really fast and differentiate before the big guys enter," he says.

Another challenge is that the big banks are not turning a blind eye to the looming competitive threat.

Executives on the Canadian venture and banking scene tell The Globe and Mail that the banks, while protective of their legacy business and customer relationships, are paying attention, wary of not repeating the mistakes of the music, newspaper publishing and taxi industries that fought rearguard actions against disruptors rather than figure out how to embrace and incorporate technology.

Several bank executives recently met with fintech startups at a sold-out panel discussion in Waterloo, Ont., and Canadian Imperial Bank of Commerce CEO Victor Dodig recently said his bank is ready to embrace and work with disruptive technology, from bitcoin to Apple Pay. Most of the banks have already invested in the startups or say they are open to it.

"I applaud the Canadian banks," says Ms. Bannister, who got the cold shoulder a decade ago from newspaper executives when she suggested they partner with her then-employer eBay as it built out its free online classified Kijiji business. They ultimately paid the price as their classified revenues vaporized. "These [fintech] businesses could result in lower margins [for the banks] but they are embracing them because they know it could be the way of the future."

The fintech revolution: Why business needs to pay attention
May 15, 2018 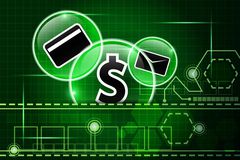 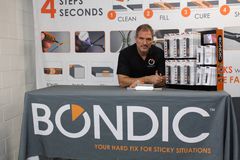 New online lenders make it easier to get small business loans
May 15, 2018 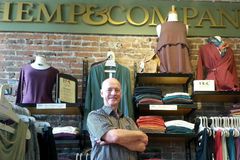