Suzuki Canada Inc. will end its 30-year run of selling vehicles in Canada next year, the final withdrawal of Suzuki Motor Corp. from markets it once thought so important that it manufactured vehicles here.

The trigger for Suzuki's move out of Canada – although it will still sell motorcycles, all-terrain vehicles and marine products – was the U.S. Chapter 11 bankruptcy filing by its sister company, American Suzuki Motor Corp., last November.

Suzuki will join Pontiac, Saturn, Hummer, Mercury, Plymouth and Daewoo on the list of brands that have disappeared from new-car lots in recent years. Its demise is likely to give a modest boost to other Asian manufacturers such as Hyundai and Toyota.

It is all but impossible for auto makers to sell vehicles only in Canada because this market represents only 10 per cent of U.S. sales and is simply not large enough for global auto makers to sustain operations on a go-it-alone basis.

The revenue from selling about 5,500 vehicles, as Suzuki did in Canada last year, do not come close to covering the costs of designing and developing vehicles for a market this size, along with meeting regulatory requirements that are different than those of the company's other large markets such as Japan and India.

It was only a matter of time after the American Suzuki filing that the company would halt sales in Canada, industry analysts and officials said Tuesday.

The auto maker will sell vehicles through the 2014 model year, it said in a statement Tuesday.

Japan-based Suzuki Motor and its Canadian unit have been assessing conditions in the Canadian market since November.

"After reviewing the long-term viability of automotive production for Canada, [Suzuki Canada] concluded that it was no longer feasible for it to produce automobiles for distribution and sale in the Canadian market," the company said.

The company's sales in Canada hit a peak in 1989, the same year the Cami Automotive Inc. assembly plant opened in Ingersoll, Ont., as a joint venture between Suzuki and General Motors of Canada Ltd.

Sales fluctuated after that, but never came close to the 15,000 level again. Suzuki halted production of its vehicles at the plant in 2009 and sold its stake in the facility to GM later that year.

"Suzuki sales have been slowing down for the past few years," said Glen Alizadeh, who owns Suzuki of Brampton, in Brampton, Ont., one of 55 dealerships in Canada.

He owns 13 dealerships in the Greater Toronto Area, but said the Suzuki store has been focusing on used car sales in recent years as new car sales declined and will continue to do so.

Suzuki Canada said it is not entering into a court-supervised restructuring. The supply of new vehicles to the U.S. market has ended and operations are being wound up.

All vehicle warranties will be honoured and parts and service will continue to be provided even after new vehicle sales stop after the 2014 model year.

Dealers will be given 12 months to make the transition to providers of warranty and service operations.

The Cami plant in Ingersoll is now one of the jewels in the GM crown. It produced the second-highest number of vehicles of all GM's North American plants and is producing the Chevrolet Equinox and GMC Terrain crossovers, which are among the hottest vehicles in the auto maker's lineup. 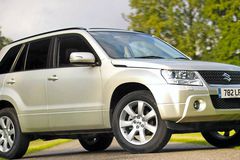 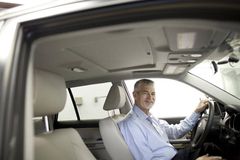 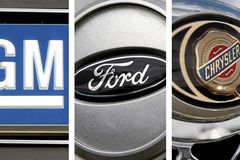 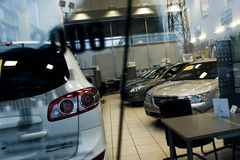 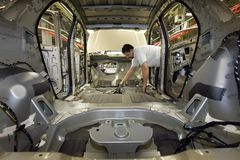 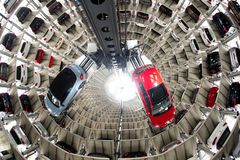