When Kate Bahen retired from her job as an equity analyst on Bay Street, she decided to apply her analytical skills to the charitable sector.

She created Charity Intelligence Canada (CI) in 2007, a Toronto-based charitable foundation that rates the financial management and transparency of dozens of Canadian charities. It was a novel approach and Ms. Bahen has drawn praise for CI's analysis.

But she has also ruffled feathers among many in the not-for-profit sector who have questioned CI's work.

Now, after years spent highlighting shortcomings in other charities, Ms. Bahen is facing questions about CI's management. The Canada Revenue Agency recently revoked CI's charitable status after the foundation failed to file an annual financial report with the tax agency.

The revocation means CI, which relies on donations, can't issue tax receipts and can't reapply for charitable status until it pays a $500 penalty. The application process can take several months.

Ms. Bahen said that the missed filing was an oversight and that the foundation has already taken steps to submit the mandatory report with CRA and reapply for status. It has also posted audited financial statements for 2011 on its website.

She said the CRA notified her in April about the filing and gave the charity extra time to send it. "It was a great conversation; they said not to worry, get [the filing] in as soon as possible. And then … [we just] didn't get to it," she said.

She acknowledged that the oversight doesn't look good, given CI's work reviewing disclosure by other charities. "Yes, the optics aren't good. I'm [angry] at myself, absolutely. It's just administration, that's it."

Failure to file a financial report is a relatively minor infraction and hundreds of charities run into the same problem every year. But because CI has held itself out as a charity watchdog, news of its loss of charitable status spread quickly.

"I shook my head and laughed," said Don McCreesh, past chairman of Imagine Canada, an umbrella organization for Canada's charitable sector. "Why would they, of all people, fail to file?" Mr. McCreesh acknowledged he is not a fan of CI's ratings system, saying it's too simplistic and treats charities like corporations.

"Their thing is transparency and a big part of transparency is making your information available to CRA," said Andrea McManus, chair of the Association of Fundraising Professionals who also runs the Development Group, a Calgary-based charity consulting firm.

"Lots of charities forget [to file] and they are pilloried for it. I think that CI would view that as a lack of effective management, or a lack of transparency, and here they are in the same situation."

Ms. McManus said she is divided on CI's work, saying that while the foundation has raised donor awareness, its analysis can be misleading.

Ms. Bahen defended CI's services, which are provided free on its website. She said the number of people who use the information has tripled and CI now rates more than 200 charities. "Our goal is to get to 1,000 by December, 2014, and we are ahead of our internal target," she said. "Operationally, it's fantastic, very very strong."

Mark Blumberg, a Toronto lawyer who specializes in charities, said that whatever CI's faults, charities "have got to get on with the long-term task of being more transparent and accountable."

Swinging clubs to ease the hardship of cancer
September 21, 2012 new
Charles Bronfman joins charity heavy-hitters, urges others to do the same
September 18, 2012 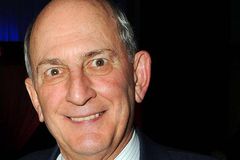 From a small branch, a school in Zambia grows
September 14, 2012 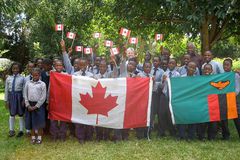 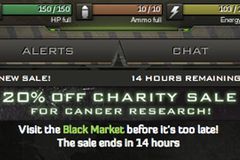 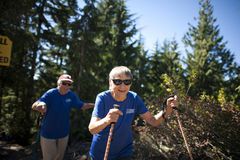