When Russell Breweries Inc. first sat down with a group of Chinese investors to discuss doing a joint venture in China, it wasn't the perfect beginning to a business relationship around beer.

At its brewery in Surrey, B.C., the Russell team brought a sampling of its premium craft beers, while the Chinese passed around their traditional fiery Maotai liquor. The initial reaction on either side was tentative.

But after a few more sips, tastes began to change.

"They weren't used to our beer, and I certainly wasn't used to their liquor," recalled Brian Harris, chief executive officer of Russell. "But pretty soon their liquor tasted pretty good … and they ended up not only liking [Russell beer] but investing in it."

For Russell, the maker of such brands including Russell Cream Ale, Hop Therapy and Russell IP'eh!, it was symbolic of how to build a relationship, particularly with a foreign investor.

"We were connected, we spent time getting to know each other, then we hammered out a world-class agreement that is fair for all parties," said Mr. Harris. "I'm sure that's the formula for even having a chance at these things."

Russell signed a technology and trademark deal last fall with Vancouver-based FVI Capital Inc., a member of Shanghai-based Anyi Capital Group, to brew and distribute Russell brands in China. In May, it announced the opening of a test brewery and brewpub restaurant in Hefei, the capital and largest city of Anhui Province in eastern China, home to more than three-million people. The beer will include the same Canadian ingredients, brewing techniques and standards that Russell uses in Canada, just transported to China.

It's the first of what the partners hope will some day be a handful of Russell-branded locations dotted around China, the largest and fastest-growing beer market in the world. Beer sales in China rose 4.8 per cent to 47.5 billion litres in 2011, according to Euromonitor International. The market research firm forecast growth to 61 billion litres by 2016, with sales of premium brands expected to outpace cheaper brews.

Premium brands today account for about 5 per cent of China's beer market, according to a report from U.K.-based International Wine & Spirit Research and just-drinks.com. That number is expected to grow given China's rapidly expanding middle-class and its increase in disposable income and exposure to Western brands, "making it an ideal target audience for more upmarket alcoholic drinks from overseas," the report states.

"The whole premium consumer goods sector is China is really where a lot of the action is these days," said Li Yu, a partner with FVI Capital, and now a member of Russell's board of directors.

Parent company Anyi Capital has investments in a handful of premium food brands, but Mr. Yu said Russell is its first beer deal.

"The concept of getting Canadian goods over to China, it has a lot of potential."

It's potentially a huge opportunity for Russell, a small craft brewery started by the Russell family in 1995, before Mr. Harris and his son Andrew bought the business in 2004.

Mr. Harris, a former General Foods executive turned entrepreneur in the publishing and electronic ticketing businesses, was skeptical when his son originally suggested buying a brewery a decade ago.

"I like beer. I've always liked beer, but I couldn't understand why anyone in their right mind would want to buy a brewery and compete with an oligopoly. It was just out of my realm of thinking," Mr. Harris said.

After some more explanation about the craft beer market from his son, who has experience in the restaurant industry, the two started looking to buy their own brewery.

They took Russell public in 2005 to help fund its growth plans, and in October 2007 merged with Winnipeg-based Fort Garry Brewing Co. The company was doing well until the financial crisis hit in 2008-09, which caused its stock to plummet.

Mr. Harris said it was around the time of the recession that he started looking into growth in new emerging markets such as China, and that it was the company's chief financial officer, Gary Liu, that helped put them in touch with their new investors.

As part of the agreement, a new company named Russell Breweries China Inc. (RBCI), which is the licensee, was set up. Russell owns 20 per cent of RBCI, with both FVI Capital and other Chinese investors owning the remaining 80 per cent. The Chinese investors also own about 10 per cent of Russell, which is listed on the Toronto Venture Stock Exchange. The deal also includes ongoing royalties paid to Russell from RBCI based on the volume of beer produced in China, as part of the licence agreement terms. 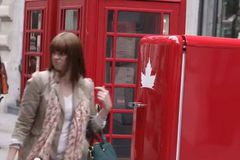 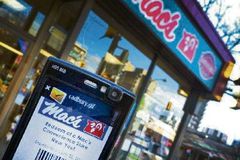 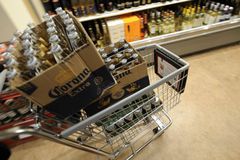