As U.S. retail giant Target Corp. gives up on its disastrous northern expansion by seeking bankruptcy protection for its insolvent Canadian unit and laying off 17,500 employees, it is trying to soften the blow with a move aimed at guaranteeing that its workers receive all of their severance payments.

Normally, when an insolvent company such as Target's Canadian subsidiary seeks bankruptcy protection, laid off employees seeking severance payments get squeezed behind bondholders, suppliers and other creditors looking to get their money back and those who actually worked for the collapsing company may never see all the cash they are owed.

But in what bankruptcy lawyers say is an unprecedented move, Target Canada's U.S. parent has set up a trust fund of as much as $70-million to be kept completely separate from the restructuring process and to cover its employees' severance payments.

Most are to receive 16 weeks pay, Target says, which labour law experts say is the minimum or slightly more than the minimum severance in provinces across Canada for employees affected by this kind of large layoff. The trust will be overseen by retired Ontario Superior Court justice John (Jack) Ground, a mediator and bankruptcy expert.

Susan Philpott, a Toronto lawyer with Koskie Minsky LLP appointed by Target to act for its Canadian employees, calls it unprecedented in Canada: "It's unusual. It looks like there is going to be money for the employees [who are] usually fighting over the scraps."

Ms. Philpott said her firm, which acted for employees Nortel Networks in its catastrophic insolvency, must now go about meeting with Target employees, who are not unionized, and select seven to serve as representatives.

Toronto insolvency lawyer David Ullmann, a partner with Minden Gross LLP, called Target's move to set up a trust for employees was also something he had never seen a company do before. He said that while the move may appear altruistic, it could also be in the company's best interests to avoid uncertainty.

"There's also a concern that if there is a bit of chaos here, there always can be liability for officers and directors for unpaid wages of various kinds," said Mr. Ullmann, who is not involved in the case. "So in a liquidation where they are not completely sure what's going to happen, it's not completely surprising that they have tried to put a mechanism in place ahead of time to deal with this issue."

It's a rare occasion that the Canadian labour market sees layoffs of this magnitude.

"I can't think of another time in the private sector when you've had 18,000 jobs lost in one fell swoop," said Jim Stanford, a labour economist with the national union Unifor. "It's scorched earth."

Worse, Mr. Stanford said many of the newly unemployed, having worked part-time with low or irregular hours, will not have worked enough to qualify for Employment Insurance benefits.

Most EI applicants need between 420 and 700 hours of insurable work within the last 52 weeks to qualify for regular benefits.

The minimum number of hours depends on regional unemployment rates. So employees at the Target in Corner Brook, Nfld., for example, will need to have worked an average of just 8.1 hours per week over the previous year, owing to the region's 16.5 per cent unemployment rate. Workers from the chain's Calgary store, on the other hand, will need an average of 13.5 hours a week.

In the wake of Target's announcement, the federal government said it would try to help those affected.

Jason Kenney, the Minister of Employment and Social Development, said in a statement that the government would offer information sessions on job searching, benefits and services available, and training opportunities.

While those services are available to all unemployed workers in Canada, Mr. Kenney's office also said it will provide a special code that Target employees could use to expedite EI claims. 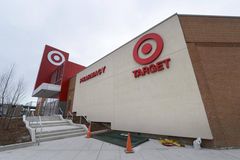 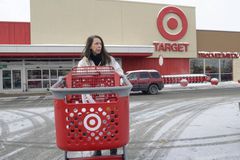 Missing the mark: Five reasons why Target failed in Canada
June 19, 2017
Target could sell Canadian assets to Wal-Mart or HBC, analyst speculates
May 12, 2018