It's fitting that an article called Tax Policy for a New Era: Promoting Economic Growth and Fairness would win this year's prestigious Doug Purvis Memorial Prize.

The title alone encapsulates the economic battleground on which this year's hotly contested federal election will be fought – and that the key to solving Canada's most burning economic dilemmas may lie in rethinking the income tax system.

The article, written last fall by University of British Columbia professor Kevin Milligan for the C.D. Howe Institute's Benefactors Lecture, received the honour at the Canadian Economics Association's annual conference last weekend. The Purvis Prize is awarded each year to "a work of excellence relating to Canadian economic policy."

Prof. Milligan calls for a more streamlined tax code that would, among other things, reduce the number of so-called "tax expenditures" (deductions, credits, exemptions and the like) and adopt a single flat tax rate on all forms of capital income (dividends, capital gains, interest, etc.). He argues that the combination of a simplified, progressive tax structure for employment income (with some rate increases at the top end) and a flat tax on capital income would both encourage investment and allow the system to address the country's growing income inequality.

The paper hits a lot of hot buttons, both for Canada's politicians and economic policy wonks. In the lead-up to the federal election, all three parties already are talking a lot about a fairer deal for the country's middle class, recognizing the general consensus that most of Canada's economic gains in recent years have ended up in the hands of remarkably few people at the upper extremes of the income scale.

Meanwhile, the campaign will be waged against the backdrop of an economy that has barely grown in the first half of the year and faces the prospect of long-term growth well below historically normal rates.

Unlocking new sources for economic growth while reversing the rising tide of inequality (seen by many experts as an impediment to growth) are perhaps the two most pressing economic issues of our time. And while the election campaign may only nibble around the edges of it, the next government should be looking at the country's cumbersome tax code if it wants to meaningfully address these issues. It's an area of much-needed reform that has been too long neglected.

Almost 50 years have passed since the Royal Commission on Taxation, also known as the Carter commission, laid the groundwork for Canada's tax system as we know it. Some, but not all, of the commission's recommendations were incorporated into the tax code in 1971; the key element was the introduction of taxes on capital gains.

Since then, what was meant to be a more streamlined and fair approach to taxation has become an unsightly Frankenstein's monster of tax expenditures bolted on haphazardly over decades. The design, never formally re-examined since the Carter commission and distorted by the political whims of successive governments, now has all the elegance of a teenager's bedroom.

The Income Tax Act, hatched during the First World War at a concise 11 pages, has grown to more than 3,300 pages today. As of 2014, there were 128 separate personal income tax expenditures listed in the code, up from 114 in 2006 – the year the Harper government came to power – and 100 in 1996. (Never heard of the "search and rescue volunteers tax credit"? Me neither.)

All those extra bells and whistles come with a price tag. A 2014 study by the Fraser Institute estimated that it costs Canadians as much as $7-billion a year to comply with the personal income tax system in terms of time spent organizing paperwork and doing taxes, fees paid to professionals for tax advice, planning, preparation of tax returns and software to help navigate the increasingly complex tax forms.

Meanwhile, a growing number of boutique tax benefits have come under criticism for providing the most benefit to higher-income earners. Those with the means have also found increasingly sophisticated ways to use the code's complex web to greatly reduce their tax bills. The result is that even as income growth tilts increasingly in favour of the highest earners, the tax burden falls more on those below them.

The Liberals came out of the gate last month with a plan to partly address the middle-class inequality issue through the tax code. It proposes to reduce the middle-income bracket's tax rate while creating a higher tax bracket for those earning more than $200,000 a year (right now the top tax bracket starts at just under $140,000).

It's a start. But while elegant in its simplicity (i.e., voters will easily understand the message), it doesn't come anywhere near the kind of overhaul that's long overdue for our built-in-the-1960s income tax system, which has mutated to the point of being "oppressively complex" (in the words of one Liberal insider).

The arcane intricacies of the tax code might not work their way into the party leaders' stump speeches, but if they are serious about addressing economic growth and inequality, income tax reform will be a hot topic in the back rooms. 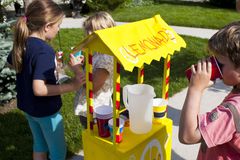