Ideological consistency is a rare commodity in politics.

Consider the federal Conservatives. They preach government austerity, then hand out $50,000-plus bonuses to deputy ministers. They talk about openness but practise secrecy. And they tout Senate reform while tolerating entitlement.

It also turns out the Conservatives haven't been particularly fiscally conservative when it comes to doling out farm subsidies.

There is a "statistically significant positive relationship" between Conservative power and subsidies to farmers dating back three decades in Canada, according to a new paper by University of Guelph economist John Cranfield and graduate students Tor Tolhurst and Shuang Li.

The study – Are Governments of the Right Leviathan for Agriculture? – is slated to be presented next month at the Agricultural and Applied Economics Association annual meeting in Washington, D.C.

The researchers tracked the number of Conservative-held seats and annual subsidies to farmers from 1986 to 2010, using figures on direct and indirect government support compiled by the Organization for Economic Co-operation and Development. They also controlled for such factors as farm prices, trade deals and the government's fiscal position.

Over that period, subsidies in Canada have ranged between more than $8-billion (U.S.) to slightly less than $6-billion. Government support totalled $6.9-billion in 2011.

The main beneficiaries of government support are Canadian dairy, poultry and egg producers, who set their own prices and are protected from most foreign competition by prohibitively high tariffs. There are also numerous "risk management" programs aimed at shielding farmers from such setbacks as disease, bad weather and high feed costs.

Canada isn't a particularly big spender compared with most other developed countries. Subsidies and indirect transfers accounted for 14 per cent of gross farm receipts in 2011, compared with the 19-per-cent average among OECD countries. Government support makes up more than half of what farmers pocket in at least four countries – Japan, South Korea, Norway and Switzerland.

The politics of farm subsidies have long puzzled economists. Agriculture accounts for an ever-shrinking share of economic output in most developed countries. But subsidies continue to flow at very high levels.

In Canada, for example, agriculture accounts for less than 2 per cent of gross domestic product and roughly 9 per cent of exports.

The number of farmers also continues to dwindle. There were 12,529 dairy farms in 2012, a fraction of the more than 100,000 that existed when the supply management system was established in the early 1970s. Every year, another roughly 200 farms disappear as the industry consolidates in fewer hands.

The Guelph researchers suggest one explanation for the paradox of a shrinking farm population and enduring political clout. Farmers are socially conservative, but fiscally liberal when it comes to their own interests.

"At the margin, transfers gain more votes than they lose," the authors conclude, making the political calculation a no-brainer.

Another paper being presented at the Agricultural and Applied Economics Association meeting comes to a similar conclusion, examining why members of the U.S. Congress consistently back protectionist agricultural policies.

"The one explanation that almost always explains support for agricultural protection is the electoral pressure a legislator faces, i.e., the proportion of her constituents who are farm owners or farm managers," the authors concluded.

In the end, the study determined that pressure at the polls is more important than lobbying and other influences. The result is that farmers wield out-sized influence, even in relatively small numbers.

In Canada, for example, there are only 13 ridings with more than 300 dairy farms – ridings with an average of 80,000 registered voters.

And yet the government remains firmly committed to supply management. In 2005, all 308 MPs in the House of Commons voted to back the protective regime in future trade negotiations.

Prof. Bellemare and Prof. Carnes point out that farmers are politically powerful because the vast majority of other voters are oblivious to what protecting farmers actually costs them.

Canadians and Americans alike are largely unaware of what their own governments spend on farmers, and what it costs them at the grocery store.

If they knew, the political love affair with farmers might fade.

Canada-Japan trade deal could be a quick and easy win
July 2, 2013 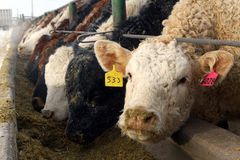 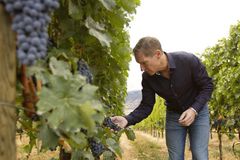