A record number of Canadians are taking U.S. billionaire Peter Thiel up on his controversial offer: Drop out of school and he'll give you $100,000 (U.S.) to pursue your dream.

On Friday, the Thiel Foundation revealed a group of 20 young people who will become the next Thiel Fellows. In addition to the cash – which comes with a requirement that young folks skip or stop school for two years – the Fellowship offers to connect the young dropouts with mentors from the investing, entrepreneurial and scientific community.

There have been 80 fellows since the program was announced in 2010, but for the first time the Fellowship (formerly called 20 under 20) accepted several applicants over the age of 20.

"There were so many college applicants we couldn't say no," says Alana Ackerson, the President of the Thiel Fellowship. "College may be right for some, maybe not for everyone."

Ms. Ackerson has a B.A. in Science, Technology and Society from California's Stanford University, as well as an M.A. in Philosophical and Systematic Theology from U.C. Berkeley.

"College can be good for learning about what's been done before, but it can also discourage young people from doing something new – especially when it leaves them in debt," wrote Peter Thiel, who founded the program, in a statement. His net worth is assessed to be about $2-billion, according to Forbes.

Mr. Thiel graduated from Stanford with a degree in philosophy and also from Stanford Law School before co-founding PayPal with Elon Musk. Mr. Musk attended Canada's Queen's University as well as Stanford and the Wharton School of the University of Pennsylvania.

"If you look at the people who are getting these awards, these are superstars… most of them are stopping out of their studies not quitting education," says Creso Sa, an associate professor of higher education at U of T's Ontario Institute for Studies in Education. Mr. Sa recently wrote a book -- "The Entrepreneurship Movement and the University" -- about how startup culture is being nurtured in higher education

Mr. Sa is not concerned that Mr. Thiel's anti-higher education message and relatively small program is going to damage the prospects of his new fellows, or of universities.

"It's an exception, I don't think it's where things are going. Even more common than program's like Thiel's are programs that happen inside higher education," such as U of T's Next 36 entrepreneurship fellowship. "Students are not required to drop out, it's really embedded in the search for higher education. These kinds of programs are really where the action is."

Neither Mr. Tian or Mr. Horne intend on moving to San Francisco, where most of the Thiel Fellows are encouraged to set up shop. Mr. Tian has a hardware startup in Montreal that makes the Neptune Pine smartwatch. Mr. Horne is the CTO of the Cambridge, Ont. startup Piinpoint, which provides retailers with data to help choose new store locations. He is also a co-ordinator with Hack the North, one of Canada's largest software "hackathon" events.

"I really enjoyed being in school, I've always loved it," says Mr. Horne, who hasn't really been holding down a full course load anyway as he worked on his startup out of the University's Velocity Garage support program for early stage companies. "This just happens to be something I decided was a way to learn things faster."

Ms. Tie got the idea for her startup, Ranomics, while working at Dr. Frederick Roth's genetic research lab at Mount Sinai Hospital in her first year of University of Toronto. The work she was doing on genetic mutations inspired her to create a company to map out unique variations. She was invited to join the San Francisco-based Indie Bio biotech company accelerator program from SOSVentures, becoming one of 12 startups receiving $50,000 in cash and $50,000 in lab time.

"My parents are pretty happy… they don't hate it. They really like the fact that I'm doing what I want," says Ms. Tie. Her father has a masters in chemical engineering, but both her parents are entrepreneurs now, she says.

Unlike some in the Fellowship, she can see herself rejoining higher education at some point: "I love cutting edge research, there's a possibility for me to go back to pure research."

"While we wish Thiel Fellows the very best as they tackle the exciting opportunities ahead of them, we know from speaking to hundreds of our entrepreneurial alumni that dropping out of school would have been the wrong choice for them," said Feridun Hamdullahpur, the president and vice-chancellor of the University of Waterloo.

"A university education is about so much more than the piece of paper that says you have a degree. Universities like ours are delivering experiences, academic programs and support for entrepreneurial activities in a way that is expressly configured to support students who want to take their education, and go on to start companies or be a force for innovation in the workplace. It's possible to achieve success in business while also completing a university education."

The four announced Friday aren't the first Canadians to join Mr. Thiel's movement in recent years: Last year Vitalik Buterin (then 20) left the University of Waterloo to work on his startup Ethereum, which works with the blockchain software that underlies popular cryptocurrency Bitcoin. In 2013, Nick Liow (18 at the time) and Nelson Zhang (then 19) joined the fellowship as well.

The Thiel Fellowship claims its members have raised $142-million in venture capital, and created 375 jobs. The new members will get a chance to hang out with previous participants at the Thiel Foundation Summit, which begins on Saturday in San Francisco.

Gone to pot: PayPal co-founder gets in on ground floor of legal marijuana
Subscriber content
January 8, 2015 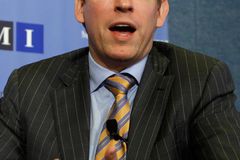 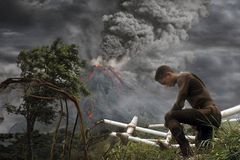