Telus Corp. is the latest of Canada's Big Three wireless carriers to reach a settlement with the country's competition watchdog over misleading advertisements for so-called premium text message services, such as quizzes, daily horoscopes and ring tones.

As part of the agreement, which the Competition Bureau announced Wednesday, Telus will pay rebates of up to $7.34-million to current and former wireless customers who were unknowingly charged extra for the text message services.

Rogers Communications Inc. has already settled with the bureau over the issue, leaving legal proceedings outstanding only against fellow national carrier BCE Inc. and the Canadian Wireless Telecommunications Association (CWTA).

Following a five-month investigation, the Competition Bureau announced in September, 2012, that it was suing the Big Three carriers and the CWTA for facilitating charges by third-party companies for texting services that customers "did not intend to purchase and for which they had not agreed to pay."

The agency said at the time that it was seeking customer refunds and penalties of $10-million each from Rogers, BCE and Telus and $1-million from the CWTA. It said the Big Three carriers "pocketed a share of the revenues collected," and that customers were charged up to $10 per transaction and up to $40 for a monthly subscription for services they did not realize they agreed to pay for.

"Our investigation revealed that consumers were under the false impression that certain texts and apps were free," then-commissioner of competition Melanie Aitken said in 2012.

Rogers reached a deal with the Competition Bureau in March after agreeing to pay up to $5.42-million in refunds and credits. The money Telus will pay to its customers is now the most any company has agreed to pay as part of a settlement with the agency.

The bureau's inquiry dates back to a time before the Canadian Radio-television and Telecommunications Commission (CRTC) finalized the national wireless code of conduct, which brought heightened awareness to consumer rights and the importance of clear and straightforward communication with subscribers.

The code, which took effect in December, 2013, includes a provision requiring wireless carriers to explain to customers how to unsubscribe from premium texting services.

Examples of the offending text services – which were sold by providers Mobile Messenger North America Inc. (MMS) and Jesta Digital LLC – include "Mind Quiz" and "Pure Crush." Consent agreements with the Competition Bureau indicate both Rogers and Telus have terminated any dealings with MMS and Jesta.

Telus will issue rebates to customers of its main Telus Mobility brand as well as its discount brand Koodo who incurred charges between Jan. 1, 2011, and Aug. 16, 2013. The bureau said eligible current customers will automatically receive the rebate while Telus will notify former subscribers about how to obtain their rebates.

Telus will also donate a total of $250,000 for research on consumer issues related to the wireless industry to three groups: $125,000 to the Ryerson University Privacy and Big Data Institute, $25,000 to Quebec-based access to justice group Éducaloi and $100,000 to the Centre de recherche en droit public at the University of Montreal.

"Consumers expect and deserve truth in advertising. Allowing a third party to take advantage through misleading advertising is a violation of the Competition Act," Matthew Boswell, senior deputy commissioner of competition, said in a statement Wednesday.

He added that the bureau is pleased that "Telus has taken steps to prevent this from happening again."

In November, 2014, Telus voluntarily put an end to almost all premium text message services except for certain services related to voting and charitable donations.

A spokesman for Telus declined to comment on the agreement Wednesday. 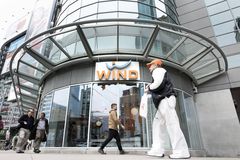 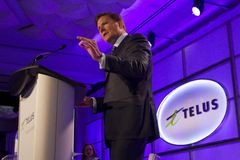