Canada's largest media empire has taken its first step toward a historic breakup, as debt-laden CanWest Global Communications Corp. sought court protection from creditors to shelter some of its most crucial assets.

It was a move the company's chief executive officer, Leonard Asper, tried desperately to avoid over the past year, agonizing in private that the business founded by his late father, Izzy Asper, 35 years ago would be forever tainted by the stigma of a filing aimed at staving off bankruptcy.

The restructuring, which includes the National Post newspaper and the Global Television network, will now lead to what would be the biggest sale of media assets the country has ever seen, including the potential selloff of a national newspaper chain and the auction of a major television network.

A sale of Global Television would be the first time a national TV network has come up for grabs in an auction in decades. It would also mark a stunning turn for a Canadian network that handily dominated the ratings during the 90s with shows such as Seinfeld and Friends, pulling in advertising dollars by the tens of millions in a good week.

The major metropolitan newspapers that are likely to change hands include the National Post, Ottawa Citizen, Montreal Gazette, Calgary Herald and Vancouver Sun, titles that have formed the backbone of some of Canada's most famous media proprietorships, from the Southam family to Hollinger Inc. Many of them are the biggest daily newspapers in their markets.

"This is a difficult day," Leonard Asper said in a telephone interview. "I'm most concerned about the impact on some employees. It will be minimal but there will be an impact. I regret that. I don't feel great about that."

How the pieces settle will be determined in the next four to six months, and will also decide Mr. Asper's future at the helm of the company. His family's role in the business also hangs in the balance.

In recent months, Mr. Asper has scrambled to preserve what remains of the family's personal stake in CanWest as three powerful hedge funds began to exert ever-greater control over the company's future, pushing it toward a restructuring.

After months of negotiations with the hedge funds and other lenders in a bid to find a different solution, two senior executives with CanWest appeared in a Toronto courtroom yesterday and declared the company insolvent. Its debt, which reached $4-billion earlier this year, was unmanageable amid the economic downturn, CanWest lawyer Richard Leipsic told an Ontario judge.

CanWest Media Inc., a division of the parent company, will now restructure under the Companies' Creditors Arrangement Act, letting it continue operating while the court oversees talks that will forgive much of the outstanding debt.

In exchange for the money they are owed, the three hedge funds, led by Toronto-based West Face Capital, will assume majority ownership in the company, while common shareholders will be reduced to about 2.3 per cent.

Mr. Asper said the decision to file for court protection won't result in significant layoffs. However, employee severance and other payouts could be impacted by the restructuring talks. Along with the Global Television network, CanWest owns 17 cable television channels that include HGTV and the Food Network.

"This is the first step in the breakup of CanWest as a media empire as we know it," said Chris Diceman, an analyst with DBRS Ltd., a bond-rating agency that has watched CanWest closely. "The two big pieces - television and newspaper - are moving in two different directions."

Only the divisions of CanWest that own the Global TV network, the National Post and a handful of smaller television assets have sought protection from creditors. The company's newspaper division, CanWest LP, which holds all of the papers except for the National Post, has not filed, but is expected to make that move in the coming weeks once a deal with its own creditors is reached.

CanWest's 13 specialty TV channels, acquired in the $2.3-billion takeover of Alliance Atlantis two years ago, are not part of the filing. Those channels, purchased in partnership with U.S. banker Goldman Sachs, are still profitable.

The developments mean the media landscape will be shaken up considerably in the next year, since the creditors will undoubtedly pull apart CanWest to make their money back, although there are several different scenarios that could unfold.

Sources close to the situation say it is likely the TV and newspaper assets will be sold in groups if buyers can be found. If not, the creditors may decide to sell shares in those businesses through an initial public offering on the stock market in the next two years.

The restructuring now hinges on CanWest securing $65-million of new financing, including $50-million from a new Canadian investor. That investor has not yet been found.

The Asper family, which has an estimated worth of about $100-million, has offered to put up the other $15-million to hold onto a stake in the company Izzy Asper built from a single Manitoba TV outlet in 2003.

However, the $15-million the Aspers have offered to invest does not have to be accepted, and the family could be squeezed out of the ownership picture if its offer is rejected.

"If it's an existing media operator, they might not want the Aspers to be involved. So their stake is radically diminished," Mr. Diceman said.

The three funds driving the restructuring include two U.S. money managers: GoldenTree Asset Management and Beach Point Capital Management. Since broadcasters must be majority owned by Canadian citizens, the Aspers could be kept within the fold to appease federal regulators.

A bigger fight over CanWest's assets may be only just beginning. The Alliance Atlantis assets are not involved in the court filing, but a showdown now looms between CanWest's creditors and Wall Street powerhouse Goldman Sachs.

The U.S. banker has say over what happens to the cable channels bought through its deal with CanWest, but the parent company's new owners may fight in court to have that arrangement altered. Every Canadian media rival - Astral Media Inc., Corus Entertainment Inc., Rogers Communications Inc. and CTVglobemedia - would be interested in these channels.

Analyst's bankruptcy-spotting toolkit
May 2, 2018
CanWest and the future of Canadian journalism
May 1, 2018 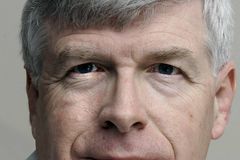 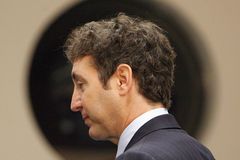 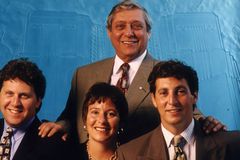 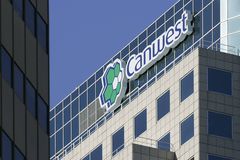 Asper's memo to staff
December 15, 2017
CanWest assets likely to be sold after company files for creditor protection
May 3, 2018 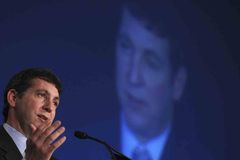 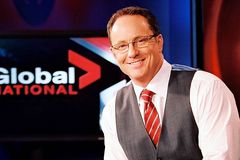 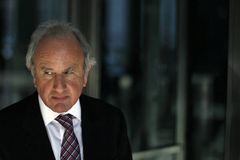