Forty years ago Thursday, the purchase of a 67-cent (U.S.) package of Wrigley's Juicy Fruit gum at a supermarket in Troy, Ohio, received what may have seemed like an undue amount of attention.

With reporters and photographers looking on, a flat cellophane bag of 10 smaller gum packages, now enshrined in the Smithsonian Institution, was the subject of the first-ever transaction in the world to involve scanning a bar code. About a month later, a similar trial system was installed at a Steinberg grocery store in Dorval, Que., where the first Canadian bar-code scan took place.

It took several years for the grocery industry to adopt the new standard, and even longer for other Canadian retailers, many of whom didn't completely adopt bar codes and scanners until the early 1990s.

But it was the beginning of a technological revolution the bar code's boosters say saves businesses billions of dollars a year and is even more relevant in this hyperlinked age. Before you ate your lunch today, more than 2.5 billion bar codes were scanned around the world.

Some were suspicious at first. According to Wired Magazine, when U.S. supermarkets switched to bar codes, protesters warned the bar code was a sign of the devil. It was a conspiracy theory not helped by the number IBM gave its bar-code readers: 3666.

For example, Vancouver based Adbusters has used the image of a bar code tattooed on a human head to illustrate its anti-consumption message.

There were more grounded concerns as well. Some shoppers did not trust they would get the right price at the register, and liked having price tags to refer to on all the items in their cart. During the 1974 trial of the technology in Dorval, grocery store managers distributed grease pencils to customers in case they wanted to write prices on bar-coded packages themselves, but few did so.

The benefits of the bar code – officially known as the Universal Product Code (UPC) and itself first developed by IBM in the 1950s – soon outweighed such complaints. Cashiers no longer had to type in long product numbers and businesses could keep much better track of their sales and inventories. A 1970s ad from food giant Kraft trying to sell consumers on the bar code's benefits boasted it was "the beginning of the end of the long checkout line."

By 1992, bar-code readers were so ubiquitous that then-U.S.-president George H.W. Bush faced ridicule for appearing out-of-touch with voters after he reportedly showed a "a look of wonder" on his face when examining a bar-code scanner at a grocery industry convention on the campaign trail.

"Today, that bar code on the back [of a product] is one of the most trusted marks in the world," said Art Smith, the chief executive officer of GS1 Canada, a not-for-profit organization that is part of the worldwide network that enforces the system's standards worldwide.

Mr. Smith, who once held senior roles with Hudson's Bay, Zellers and Biway, said Canadian department stores toyed with a number of different systems – hole-punch cards, scanning other alphanumeric codes – before following the grocery industry and switching to bar codes.

Now, the bar code is being joined by more complex versions that convey more data, and replaced by some major retailers by wireless radio-frequency identification (RFID) tags. But Mr. Smith said the same standardized code underlies the new technology as well.

His organization is now focused on bringing the benefits of bar codes to Canada's hospitals. GS1 says having a nurse scan a special bar code on a patient's wrist, and then on a drug about to be administered, allows a computer to double check the decision and can dramatically reduce human error.

For consumers, Mr. Smith says the future means scanning bar codes with smartphones – something many already do – looking for information about allergies, health benefits or environmental impact. The smartphone apps now being used rely mostly on crowdsourced information, which he charges is often inaccurate. So GS1 is working with industry to produce an accessible public database of authorized information from product makers.

Mr. Smith say one day Google Glass-equipped consumers will look at a product and instantly receive information or even advertising, with the disco-era bar codes or its related successors still a key part of the process: "The notion of information anywhere, any time, that concept, is going to be pervasive. ... The question, and the role of GS1 is, who do you trust?" 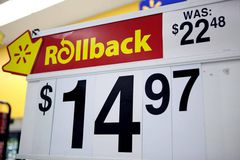 ROB Magazine
New app to shop by camera phone has sci-fi appeal
May 29, 2014 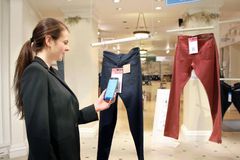 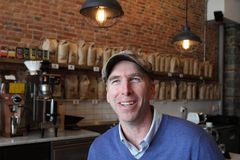