What a journey. From the ashes of the financial crisis and the worst bear market since the 1930s, the stock market is about to mark five years of gains.

And not just any gains: The S&P 500 has risen a spectacular 179 per cent from its lows in 2009 and touched 48 record highs within the past year. But can the good times last? 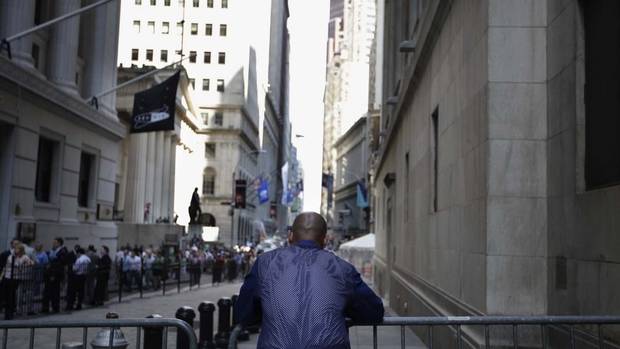 The U.S. unemployment rate was at a 26-year high of 8.3 per cent, and would continue to rise to 10 per cent by October. The number of Americans filing for jobless claims spiked above 650,000 per week. And gross domestic product had just contracted a dizzying 6.3 per cent in the fourth quarter of 2008, at an annualized pace, the worst dip since 1982.

The corporate picture didn’t look any better. Profits had fallen 10 per cent in 2008, for the biggest annual drop since 1970. After the collapse of Lehman Brothers, nothing looked safe – and General Motors filing for bankruptcy in June proved it.

Needless to say, these weren’t ideal conditions for inspiring investors. But they supported the old trading saw: “The time to buy is when there’s blood in the streets.” 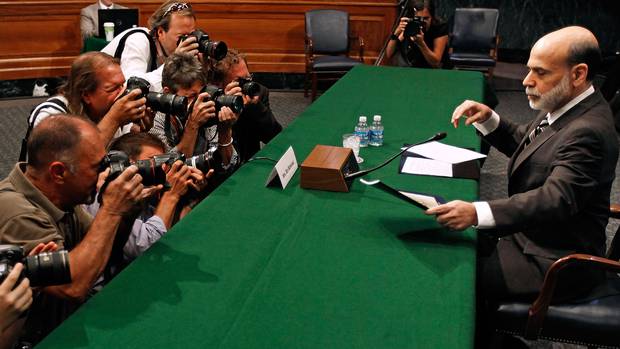 Ben Bernanke, chairman of the Federal Reserve before handing the reins to Janet Yellen this year, has done a lot of the heavy lifting for investors.

The Fed turned to extraordinary monetary policies under his leadership – slashing its overnight interest rate to zero and then pushing down longer rates by purchasing massive amounts of government bonds.

The goal was to drive an economic recovery through rising employment and falling borrowing costs. So far, so good.

But the side effects have been far more dramatic: Fed policies have contributed mightily to corporate profit growth and have made stocks look very attractive next to other assets, including low-yielding bonds.

In an interview with 60 Minutes near the market bottom in 2009, he said the “green shoots” of economic revival could be seen, giving investors a reason to feel hopeful. 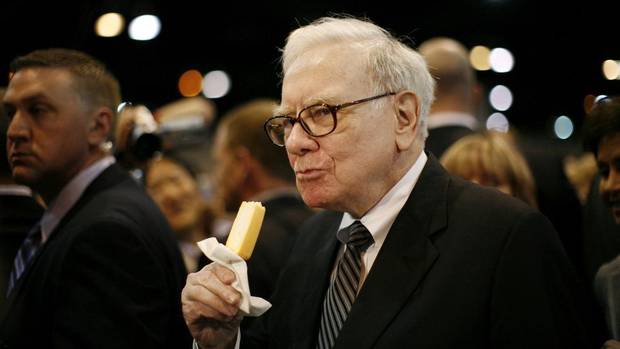 3. What the Oracle saw

In October, 2008, after the S&P 500 had demoralized everyone by sliding 40 per cent from its high in the previous year, Warren Buffett delivered some soothing words in a New York Times article: “Buy American. I Am.”

“In the near term, unemployment will rise, business activity will falter and headlines will continue to be scary,” he explained. “So … I’ve been buying American stocks.”

He didn’t quite nail the lowest level for the broader market, but he was close. And he provided some much needed hand-holding for frightened investors, reminding them that stock prices tend to rise long before good news returns.

“I haven’t the faintest idea as to whether stocks will be higher or lower a month – or a year – from now,” he wrote. “What is likely, however, is that the market will move higher, perhaps substantially so, well before either sentiment or the economy turns up. So if you wait for the robins, spring will be over.”

They don’t call Mr. Buffett the Oracle of Omaha for nothing. 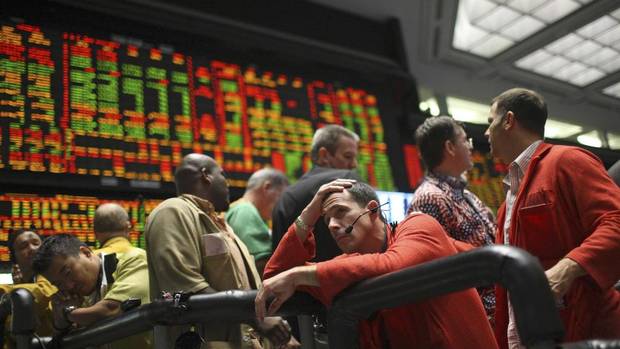 4. The most hated bull market in history

The S&P 500 fell 57 per cent from 2007 to 2009, feeding widespread revulsion toward stocks that has taken some time to shake off. In fact, one of the most common observations over the past five years is that this is the most hated bull market in history.

Small investors have largely distrusted the gains, fearing another violent downturn. Bullish sentiment has averaged less than 40 per cent throughout the bull market, according to the weekly surveys from the American Association of Individual Investors. By contrast, bullish sentiment peaked at 49 per cent at the end of the 1990s technology bubble.

Best performing sectors: consumer discretionary (up 312 per cent), financials (up 253 per cent), industrials (up 232 per cent). 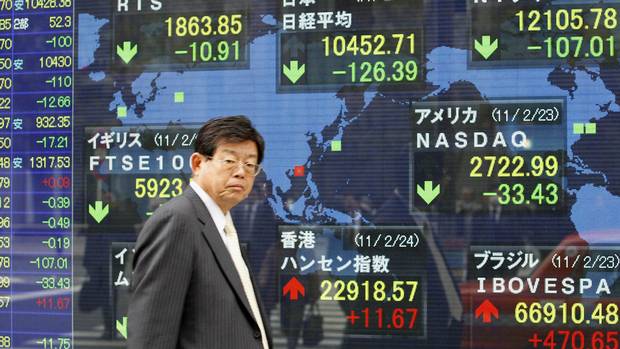 The U.S. market has faced plenty of nail-biting setbacks over the past five years. There was the mysterious “flash crash” of May, 2010. And after Standard & Poor’s cut the U.S. credit rating in 2011, the S&P 500 fell 6.7 per cent in a single day, echoing the worst days of the financial crisis.

But compared with bobbing markets in the rest of the world, the U.S. market has looked like a cruise ship.

The S&P 500 has easily outperformed benchmark indexes in Canada, Britain and Japan, and with considerably less turbulence.

European stocks fell 35 per cent during the scariest phase of the region’s sovereign debt crisis in 2011. Japan’s Nikkei 225 fell 25 per cent after the country was hit by a devastating earthquake and tsunami, also in 2011. And Canada’s S&P/TSX composite index fell 22 per cent over a six-month period in 2011, following slumping commodity prices.

The widely held view is that bull markets end when stocks fall 20 per cent or more. The U.S. market – where the financial crisis began – is virtually alone in celebrating five years of rising share prices. 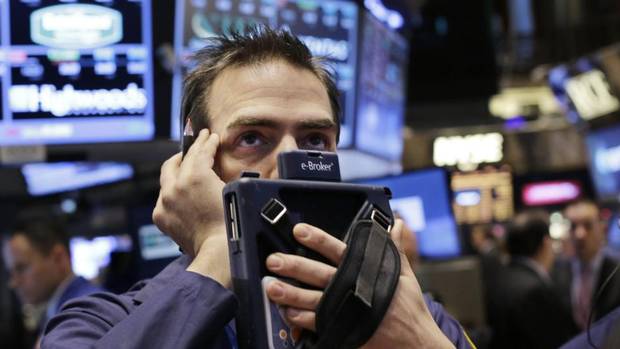 The S&P 500 has risen 178.9 per cent during this bull market run. And after surpassing its prefinancial crisis high last year, it has gone on to hit 48 new record highs.

Just as things looked bleak five years ago, they now look upbeat. The U.S. unemployment rate has fallen faster than expected, to 6.6 per cent in January. The economy has been expanding at a decent pace, consumer confidence is high and home prices are rising.

Amid the wave of encouraging news, the Federal Reserve – now chaired by Ms. Yellen – says it is in no rush to raise interest rates.

Companies are doing well, too. They’re generating record-high profits and they’re spreading the wealth to shareholders. According to Standard & Poor’s, U.S. companies boosted dividends 10 per cent last year and share buybacks have surged to their highest levels since 2007.

Just as the downturn in 2008 was marked by high-profile failures, today’s environment is marked by high-profile launches. For example, Facebook Inc.: It went public less than two years ago and is already the 18th most valuable company in the S&P 500, with a market capitalization of $174-billion (U.S.). That makes it larger than the Coca-Cola Co. 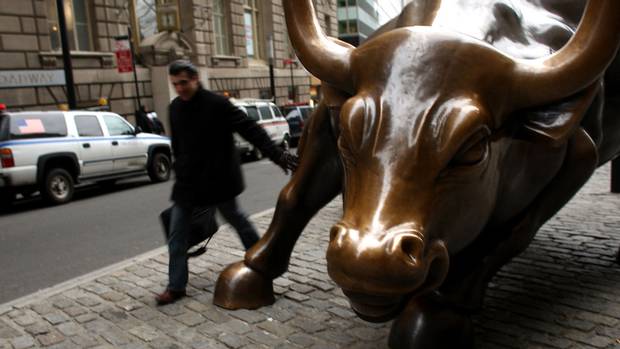 8. How long can good times last?

According to Bespoke Investment Group, the current bull market is just the seventh longest, going back to 1928, implying that a sixth anniversary is possible. The bull market that began in 1987 lasted more than 12 years.

Are we doomed? Optimists point out that there is no reason to fear an imminent and catastrophic end. Stock valuations look reasonable – the price-to-earnings ratio for the S&P 500 is below 16, based on estimated earnings – and earnings should continue to rise with an improving economy.

Corporations are also sitting on mountains of cash, making them less vulnerable to downturns and capable of handing out larger dividends to shareholders.

Skeptics, though, can see all kinds of pitfalls. Profit margins are at record highs, which tends to lead to a subsequent dip in profit growth. Valuations are high if you compare current share prices to a 10-year average of earnings; the cyclically adjusted price-to-earnings ratio, devised by Yale University professor Robert Shiller, is above 25 – or 50 per cent higher than the historical average.

The slowing Chinese economy is a wild card, and no one is sure how the U.S. economy will react once the Federal Reserve starts raising interest rates, perhaps next year.

Markets are already showing sensitivity to shifting monetary policy. Stocks wobbled and bond yields shot higher in 2013 at the first mention that the Fed would taper its bond-buying stimulus program. The Fed provided a lot of support to the market when the economy was weak, but those days are drawing to a close.

One thing is clear though: Just as the bull market began when times were tough, it will likely end when things look good.

Many investors believe they can spot such turns. Barbers give stock tips, magazine covers declare a golden era and a climate of fear is replaced by pure greed.

Just don’t expect anyone to ring a bell.

Page 1 2Next
Follow David Berman on Twitter @dberman_ROB
Report an error Editorial code of conduct
Due to technical reasons, we have temporarily removed commenting from our articles. We hope to have this fixed soon. Thank you for your patience. If you are looking to give feedback on our new site, please send it along to feedback@globeandmail.com. If you want to write a letter to the editor, please forward to letters@globeandmail.com.
Comments