A look at what skills future business leaders need to have to tackle the challenges of an ever-shifting marketplace.

Canada was far behind other major industrial countries, and the Alberta floods of 2013 exposed the problem even further.

It was a gap not only in what the insurance industry was providing customers, but in meeting what many see as companies' social and environmental responsibilities.

The insurance industry isn't the only sector affected by climate change and the demand for sustainable business practices. The question for leaders is how to embed those practices into companies' day-to-day operations.

Around the time of the floods, Co-operators General Insurance was in the second phase of what it says is now a three-phase program of embedding sustainability policies into its daily operations.

Phase one from 2008 to 2010 was about getting its own house in order. This included steps such as lowering its greenhouse gas emissions, publicly reporting on that and retrofitting its buildings. The second phase, between 2010 and 2014, was about encouraging suppliers it does business with to do the same.

The program also involved starting new insurance products that were needed, but not offered. And here is where embedding environmental policies often requires the effort of multiple departments, if not the entire company – even bringing in outside forces to bring about necessary change.

For instance, Co-operators vice-presidents in different departments were given the goal of introducing overland flood insurance, but launching this insurance also involved the input of advocacy groups, government and other industries, such as banking and the real-estate industry.

"Once that gets inculcated throughout the entire organization, it's a much easier conversation to have with all of those departments," said Barbara Turley-McIntyre, senior director of sustainability and citizenship at Co-operators in Guelph, Ont.

The company is now in its third phase of further embedding sustainability into all aspects of its business, Ms. Turley-McIntyre said.

Pressure to be more environmentally aware comes from all directions. It comes from shareholders and from other companies. In large part it comes from consumers. It can also come from internal mechanisms, such as inter-company carbon taxes. Executives in the C-suite (such as chief executive officers and chief financial officers) who aren't sufficiently environmentally conscious are courting risk, analysts say.

"What we're finding is that companies in higher impact industries like utilities, oil and gas, and mining – those are the ones that tend to have the most sophisticated sustainability or environmental programs," said Doug Morrow, associate director of thematic research at sustainability research firm Sustainalytics in Toronto. "It's very much being implemented from a risk management point of view. And also from a brand point of view."

Yet green policies have matured well beyond executives simply reacting to risk. The trick for executives is to turn the conversation into a positive.

"I think increasingly a lot of organizations are also simultaneously saying, 'How do we benefit from these changing energy markets or changing preferences for consumer products?' There is lots of good evidence that companies are overlaying new types of thinking across product development," Mr. Morrow said.

But the impetus to be more environmentally conscious has to come from a company's top ranks for it to work, observers say. If not, everyday profits and losses can easily take precedent, compared with the often difficult-to-measure costs or benefits of improving a company's public image or of simply doing the right thing ethically.

Often this requires appointing a sustainability officer, or at least an executive to take on the additional role of environmental point person. Often this role is broadened to include responsible corporate governance and social responsibility.

An executive in charge of sustainability is usually not among the top executive rank, but usually has their ear, and the ear of the board of directors. Much of the point person's job entails influencing executives higher up, but also lower down. "If they gain that respect and have that right skill set to be able to have influence, then they can actually drive exactly where the business goes in sustainability," Ms. Mitchell said.

But once a point person is appointed, and the goals are set, there is the question of how to measure the effectiveness of the company's actions. Materiality is the buzz word in the field, and this means material proof of the benefits to the environment, and to the company.

The next question is where sustainability initiatives should be placed. The inclination is to put them close to the department most affected. So, if there is pressure from consumers, some argue the sustainability officer should work more closely with public relations. Or if the pressure is chiefly from regulators, it should be closer to the legal department.

Laura Gitman, the New York-based vice-president at the non-profit consultancy Business for Social Responsibility, suggested that's not quite the right way to see it. It should be closest to core operations and where it can become more embedded company wide.

"I often get asked where the sustainability function fits. Should it report through communications or through legal or procurement or marketing? My [reply] is often, 'Where is the right focus of power and influence for that particular company?'" she said.

"I care less about where, as long as it's the right place for that company and where that company has the most opportunity and influence," she said. "The more pressure you have, to be frank, the easier it is for you to get internal buy-in on certain decisions – because you've got that external pressure."

The scenario: An environmental point person is appointed at a company. But that is only the beginning of the process.

A typical course of events goes something like this, as described by Hervé Touati, managing director at the research and consulting organization Rocky Mountain Institute, in Boulder, Colo.

1. The chief executive officer has to be convinced. The CEO will tell the point person to report back in a couple of weeks, which is not enough time to implement any real change.

3. Then, the stark realization. The sustainability point person will realize that progress will most likely be slow across the company, with energy consumption, for instance, being reduced by, say, 1 to 2 per cent a year and not double digits instantly.

4. Convince the CEO again. It helps if he or she wants to be seen as contributing to environmental progress. It also helps if external pressures from customers, shareholders and other businesses are mounting.

5. Make big pledges. Many corporations, particularly in the United States, are signing long-term deals to buy renewable energy over the next 10 to 20 years. It looks impressive and like a solid commitment but the public will want more specifics.

6. Start a dialogue with operations. This means working with the plants, if it's a big industrial company. This is tougher.

7. Look for waste. One food company that contacted Rocky Mountain Institute was making more food than it could sell, wasting electricity and water, and bearing the cost of hauling the waste away.

9. Become more enmeshed in daily operations. If the point person comes across as primarily an environmental advocate, the initiative is going to backfire, Mr. Touati said. The person needs to speak business. An example: "If we ignore it, then we are increasing our reputational risk by a wide margin." 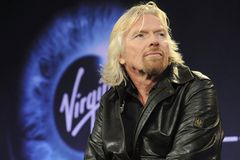 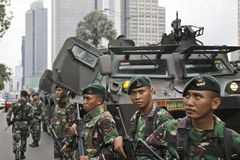 Public-sector leaders must learn from the business world
February 10, 2016 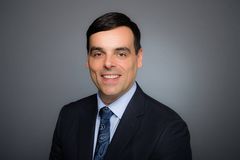