The sudden demise three years ago of well-known national law firm Heenan Blaikie, a postpolitics home to former prime ministers Pierre Trudeau and Jean Chrétien, shook Canada's legal business. According to former co-managing partner Norman Bacal, a botched downsizing drive, tensions between the firm's Montreal and Toronto offices, a new and inexperienced leadership team and a slowdown in corporate deals all collided at once, and Heenan Blaikie began to bleed partners before the firm ultimately dissolved in 2014.

Released just weeks after the death of the firm's co-founder, Roy Heenan, Mr. Bacal's new book, Breakdown: The Inside Story of the Rise and Fall of Heenan Blaikie, chronicles both his career and the firm's frantic final days. Mr. Bacal had stepped down as co-managing partner in 2012, but returned unofficially to try to save the firm in its final weeks. He still believes he could have kept it alive.

Related: After Heenan Blaikie, is it all over for Big Law?

Mr. Bacal spoke recently with The Globe and Mail's Jeff Gray, who was law reporter in Report on Business at the time.

Why did you decide to write this book?

When I started writing, I had no intention of writing a book. I had a lot of anger, a lot of hurt, and my wife finally showed up one day, the beginning of July, 2014, and she said, she handed me one of those blank notebooks that's hardbound, and said, 'Here, either start writing or go see a therapist. … You need to process this.'

The book doesn't pull many punches. There's some key names that come in for criticism for the crisis, including the co-managing partners who replaced you and Guy Tremblay: Robert Bonhomme and Kip Daechsel.

As I was writing it, I didn't think anybody would believe or be the least bit interested in a story that doesn't at least go through the difficult analysis of what happened and ultimately why it happened. And I like to think I pointed fingers at Guy and myself as well. And Roy, Roy comes in for his share. And [it is] wrapped into a perfect storm of just terrible circumstances, all of which converged at the same time.

You mention the perfect storm. There was a collapse in mining industry mergers and acquisitions, and new leadership at Heenan Blaikie was going through a downsizing exercise that alienated some at the firm. Did this combination do the firm in?

Neither [Robert nor Kip] had any training as leaders. To which most of the partners would say, well, neither did you. You had no idea what you were doing. I didn't have any idea what I was doing when I started. But I had the benefit of not too many crises in the first year. And [the firm] was much smaller, it was one-fifth the size. So you have two guys with no management experience taking over a quarter-of-a-billion-dollar business. What business does that? It wasn't that I disagreed or thought that Robert was bad or had bad ideas. I think the execution was flawed.

Some say Heenan Blaikie was a firm that overreached. You tried to build this Toronto presence, had expensive real estate there, launched an 'HB Global' consultancy arm that wasn't making money, and established a Paris office that would lose money and taint the firm with a scandal. Wasn't this a firm that got too big for its britches?

I can't say it's false. And certainly in hindsight when you look at it, were we over-expansionist too quickly? Maybe. We really didn't have a choice with the Toronto real estate, largely because of the Toronto real estate market when our lease [at the Royal Bank Plaza] came up. There was a perception, certainly created by the move to that new space [in the Bay Adelaide Centre], that I thought would be an exciting boost, and it never quite played out that way. Paris? I should have probably taken my wife's advice [and not opened the office], although they were great guys. And again it was just a function of world mining economy coming to the lull just as we were getting started. I think and I still believe it, even if we'd hit that perfect storm, we could have survived it.

The collapse resonated far beyond the legal profession: A well-known firm home to Pierre Trudeau and Mr. Chrétien seemed to just evaporate. But as many said at the time, couldn't any law firm on Bay Street be vulnerable?

Have you talked much to Mr. Chrétien about the collapse?

He doesn't want to talk about it. I do stay in touch with him. But it's off-limits, including reading the book. He won't read the book. 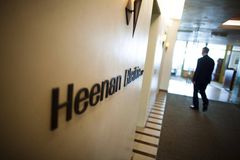 ROB Magazine
After Heenan Blaikie, is it all over for Big Law?
March 27, 2014 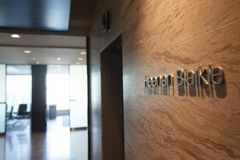