For many tech entrepreneurs, the path to fortune lies along Silicon Valley's Sand Hill Road. Not so for Jason Smith.

Now he's set to lead what could be Canada's top – and possibly only – tech initial public offering this year. In April, Real Matters, based in Markham, Ont., closed a $74-million private financing backed entirely by Canadian investors, including Royal Bank of Canada and Sentry Investments.

It used the proceeds to buy a leading U.S. independent mortgage title and closing service provider.

Real Matters is now valued at $650-million and working on two more acquisitions.

To pay for them, the 12-year-old company plans to tap Canadian public markets, which could make it the first Canadian tech IPO since Shopify Inc.'s offering in May, 2015.

"I suspect it would be a September time frame [for an IPO]," said BMO Capital Markets managing director David Wismer, a long-time adviser.

Real Matters' success runs counter to conventional wisdom about the exploding software-as-a-service (SAAS) space, where software firms provide online access to their programs for monthly fees. For one, Real Matters has been profitable since 2011.

"We had several meetings with West Coast investors who said, 'I'll only invest based upon a business plan that has you start to lose lots of money and dramatically increase your burn rate so you can grow faster,'" Mr. Wismer said. "That wasn't a proposition the company was interested in."

Silicon Valley venture capitalists didn't believe Real Matters could win the mortgage appraisal business of major lenders or that its market was big enough to support a billion-dollar tech company. Maybe it wasn't disruptive enough for them. While other financial technology startups are gunning for lenders, Real Matters is going after the smaller players that service them.

And while most VCs favour preferred shares that give them special rights, Mr. Smith only offered common equity. That earned "a lot of nos" in Silicon Valley, Mr. Wismer said.

But Bay Street financiers were happy to invest in a profitable company that serviced a sector they understood. "In Canada, you don't really get a lot of concept stocks that do well," said Peter Imhof, portfolio manager of the AGF Canadian Growth Equity Class Fund, whose stake in Real Matters is one of the largest holdings in his $800-million multi-sector fund. "I invest in things that make money."

Real Matters manages its appraisal business over a platform that assigns appraisers, then informs them on how their performances stack up against others – a feature its competitors don't offer. The company is picky, recruiting independent appraisers based on intensive screening, and establishes a high-touch relationship with them. Appraisers say company supervisors call them monthly, offer above-average rates – and pay promptly.

Sherri Goldstein, an independent Boston-area appraiser who gets an increasing number of assignments from Real Matters' U.S. subsidiary, Solidifi, said the company "understands the value of their appraisers." Added Angel Acosta, an independent appraiser based in La Jolla, Calif., who did 30 assignments last month for Solidifi: "It feels like they actually care about you."

The result is faster turnaround times and lower error rates than industry peers, which has convinced more lenders to sign up. Real Matters counts 60 of the top 100 North American mortgage providers – and most of the top 10 – as clients, including giants Wells Fargo and Bank of America, and has a network of 100,000 independent providers.

That makes it the second-largest appraisal management firm in the U.S. Its business is growing organically by 50 per cent – the company has made several acquisitions – in a flat market: Gross revenue in the first half of its current fiscal year was $123-million and net revenue was $40-million, while the new title business adds $40-million in annual revenue, say sources familiar with the company.

Making the world a better place for appraisals may not sound as exciting as social media, virtual reality or driverless cars, but two things make Real Matters a hot tech play: Its appraiser platform can handle other mortgage services, including title searches and insurance inspections, where the company is eyeing expansion.

"They literally have an opportunity to touch all parts of the mortgage process," said director Robert Courteau, CEO of Altus Group, a Toronto-based real estate services firm and large investor in Real Matters. "The company ends up [with] a fair amount of control of how this data moves. ... Obviously the opportunity to monetize that is fairly significant."

Jason Smith casts a cheerful presence as the compact redheaded CEO hustles through the Buffalo, N.Y., offices of Real Matters in mid-April, sporting a toothy grin, a light striped jacket, jeans, loafers and no tie.

The modern, open space, located in a gentrified 19th-century industrial complex, houses one-fifth of Real Matters' 800 employees. It is the nerve centre of the company's U.S. business, offering a convenient location to handle the data of its American customers and for U.S. bank inspectors to visit without crossing the border.

Mr. Smith is a consummate operator, talking passionately and in intricate detail about his business. Investors say they're impressed by a CEO who consistently delivers on his plans. "He has a dogged determination that makes him so successful," said Mark McQueen, CEO of Toronto-based Wellington Financial, an early backer. "I'm pretty sure he wakes up every morning with a list of things he wants to accomplish and he doesn't let the rest of us get in his way."

A recreational programmer who built the prototypes of his company's technology, Mr. Smith said his developers have learned to shut off their monitors when he walks by. But he's also an effective delegator who spends most of his time on strategy and the people side of his business, and still hasn't met his top three clients.

Mr. Smith was a young entrepreneur who went knocking on doors at 14 in his hometown of Aurora, Ont., offering to work for free, snagging a job selling children's education savings plans for an insurance brokerage.

When the brokerage opened a mortgage division, the teenaged Mr. Smith joined as a salesman and became intrigued by "all the paper floating around" the business. He built the world's first online mortgage shopping site in 1996 and developed an online mortgage application program, which became the foundation for Basis100, a publicly traded online financial services firm. He served as a director and senior executive before it was sold for $33-million (U.S.) in 2004.

Mr. Smith planned to take a year off; he was 30 and had everything he'd set out to achieve in life. He bought a fly fishing lodge in British Columbia, stayed home to help raise his first child and got restless. "I'd had this misplaced goal ... to be rich," he said. "I finally got to the point where I realized it's not about the money. I really missed working with smart people and solving big problems."

He decided to launch a business in a large market where he could grow revenues by 50 per cent a year and create an enterprise worth $1-billion. After tapping his network, he realized there was ample opportunity to bring further time-and-money-saving technology to the mortgage business, a process that costs lenders several thousand dollars per file.

Mortgage appraisals amounted to a multibillion-dollar industry – and a headache for lenders. U.S. lenders were required by regulators to outsource the business to third-party management companies, which then ground down appraisers on price. They typically got back such error-prone appraisals that the outsourcing companies had to employ "floors of people to chase [the appraisers] down and fix their errors," Mr. Smith said. "This was the problem [lenders] were asking me to solve."

By 2006, he had developed the prototype platform to manage the business, but Mr. Smith knew he'd have to start small. His first client was a regional lender in Saskatchewan. Mr. Smith assembled a board of technology veterans, and an advisory board of senior mortgage players he'd known from his Basis100 days. His management team includes chief financial officer Alistair Blackburn, a former senior HSBC executive. The company signed up third- and second-tier lenders, and in the past year won many of the leading mortgagees in the U.S.

Like its rivals, Real Matters charges banks a fee – typically several hundred dollars – per appraisal, pays a share to appraisers and keeps the rest. While its rivals pay less for appraisers – but more to subsequently fix faulty reports – Real Matters pays appraisers more, but saves on subsequent costs, as error rates on its reports are just 5 per cent, compared with an industry standard of 20 per cent, Mr. Smith said. The superior performance has won Real Matters more business from existing customers over time, he noted.

Mr. Smith expects to accelerate growth by attacking the highly fragmented $10-billion (U.S.) title search market, convincing existing customers to move that business to them as well. "It leverages the same platform," he said. "We [have] this incredible customer base and ability to grow."

Meet Andrew Ingram, an automated assistant that will schedule meetings for you
June 2, 2016 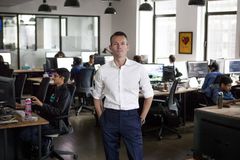 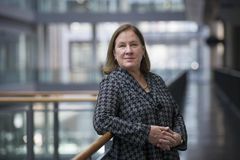 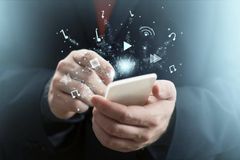