Five years ago, in the depths of the financial crisis, business jets were widely criticized as symbols of corporate extravagance. Today, little of that stigma lingers as global business-jet demand slowly rebuilds, and manufacturers increasingly battle for the high end of the market.

According to Honeywell International Inc.'s closely watched annual forecast, global deliveries of business jets will reach 9,250 between 2013 and 2022, a drop from the nearly 10,000 it forecast last year. It's a sign that jet buyers remain cautious as the global economy expands modestly.

"A lot of people are starting to be concerned about the trough. The recovery is looking more U-shaped than like a V," says Rolland Vincent, president of aviation consulting firm Rolland Vincent Associates. "Of the top 20 markets where business jets are registered, only four are growing at more than 3 per cent."

But even as light and medium-sized jets remain in a slump, larger, longer-range planes are enjoying stronger demand. Customers are increasingly doing business further afield in a globalizing economy and require long-range jets with roomier cabins to accommodate larger executive teams.

Eighty per cent of the business-jet market over the next 10 years will come from sales of the bigger aircraft in the $25-million-and-up price range, according to Honeywell. Over all, the business-jet market is expected to be valued at $250-billion (U.S.) over that period, up slightly from the forecast a year ago, largely due to the growing popularity of the large-cabin, pricier long-range jets, such as Bombardier Inc.'s Global series and Gulfstream's G650.

To attract buyers, aerospace manufacturers are rolling out ever more luxurious and technologically sophisticated models.

"It's really about being innovative and creating safer cockpits and more efficient usage of passenger space with high-speed Internet, Blu-ray and so on," he said.

Other technologically advanced features include digital fly-by-wire, allowing for the piloting of the plane via computer, larger cabin windows, cocoon-style seats, more generous headroom, and Wi-Fi for the use of iPads and iPhones on in-flight entertainment monitors.

For some companies, business jets are also attractive as airlines cut costs by reducing service and destinations, Mr. Spears said.

Notable recent corporate purchasers of business jets include McDonald's Corp., which bought a Bombardier Challenger 605 in February and Starbucks Corp., which acquired a Gulfstream G650 in June.

The light and medium-sized segment, however, is struggling as small-business owners and the more modestly wealthy continue to put off private-plane purchases. As a result, some service providers are hoping to entice more business travellers to private charter flights by providing access to smaller, less crowded airports via competitively priced short-haul flights on small six-passenger planes.

Throughout the business jet market, competition is intensifying.

Montreal-based Bombardier, still the dominant player in the business-jet sector, is up against rapidly rising rivals such as Brazil's Embraer SA as well as established companies such as Dassault and Gulfstream Aerospace Corp. New models such as Embraer's Phenom 100 and SyberJet Aircraft's S130 are squeezing into an already crowded space and a market filled with discounted or used aircraft.

Bombardier remains in the light-plane segment with its Learjet division, but it is introducing a jet – Model 85 – at the larger-cabin end of the midsize market.

Brian Foley of aviation advisory firm Brian Foley Associates says Bombardier is showing it's committed to all segments of the business-jet space with the major investments it has made over the past few years.

"Bombardier is uniquely positioned because they're diversified in the three main categories." 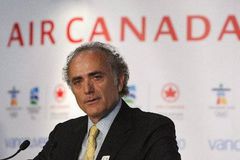 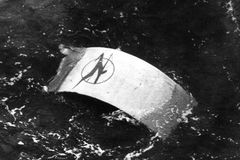 Are discount airlines running out of fuel?
November 8, 2013 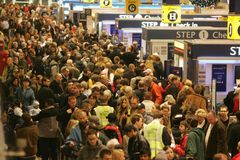 The global stock market renaissance: Can it last?
November 9, 2013 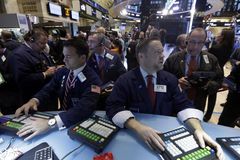 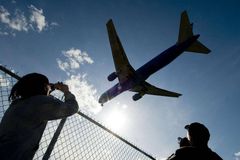