A Canadian unit of global health-care giant Novartis AG is dipping its toe into the country's medical marijuana market – the latest bigger player to do so.

Private cannabis producer Tilray Inc. has struck a deal with generic drug-maker Sandoz Canada Inc. to develop and sell medical marijuana products that are non-smokable and branded with both logos. The deal is seen as another small step toward legitimizing the young legal industry in the eyes of doctors and their patients.

The Nanaimo, B.C.-based grower will work exclusively with Sandnovartisoz to create new product formulations that allow cannabis to be consumed in novel ways, such as through patches, topical creams and sprays. The pair have signed a letter of intent and are now working to finalize their agreement.

Financial terms of the alliance were not disclosed on Monday. A spokesman for Tilray confirmed that Sandoz has not acquired a monetary position in Tilray.

Their dealings have already begun, with Tilray spending this and last week training members of the Sandoz sales team on its line of cannabis products, which is sold today over the web in whole or ground dried flower, oil drops and capsules. Then, the Sandoz sales force, which is more than 10-times larger than Tilray's team of 10 people, is expected to spread the word about the drug and about Tilray to a network of physicians and pharmacists in Canada.

But the reach, scale, credibility and experience of Sandoz, known for its deep roster of generic injectable drugs, is what Tilray wants to leverage to grow its business in Canada and abroad.

"It's a huge milestone for Tilray as a company, our industry, the patients we serve and the medical community at large," said Brendan Kennedy, its chief executive officer.

"It'll accelerate our R&D process. A company like Sandoz, it has far more experience developing these types of products than we ever will."

Tilray isn't the first cannabis producer to forge a partnership with a drug company. CannTrust Holdings Inc. has been working with Canadian generic drug-maker Apotex Inc. The Vaughan, Ont.-based grower is supplying Apotex with its dried cannabis to support research into new types of dosage for medical purposes.

Medical-cannabis providers are looking to be validated by the modern medical community.

That's because while they sell legally authorized products that have been approved by Health Canada, they can't make claims about their therapeutic benefits. Research is sparse and the long-term health risks are little understood. There are still issues with creating products that deliver the same performance in every dose.

At the same time, cannabis products sold under Canada's Access to Cannabis for Medical Purposes Regulations (ACMPR) have not been clinically scrutinized and they can get to market much quicker than medicines that are subject to rigorous and costly testing requirements.

Last October, the entrance of a well-known U.S. wine, beer and spirits company into the cannabis production business was a watershed moment, sending stocks across the industry higher and forcing other large players to take notice. The $245-million investment in Canopy Growth Corp. by Corona beer maker Constellation Brands Inc. sent a clear message: This sector is here to stay and get bigger.

The reaction Monday around the Tilray-Sandoz news was more subdued, in part because Tilray is private so equity analysts who cover cannabis stocks don't closely track the producer. They also generally aren't that familiar with health-care companies such as Sandoz or Novartis – and vice versa.

Still, the tie-up is another key moment in the sector's history, one analyst says.

"It definitely shows that this is happening – all the things we were talking about two years ago, that cannabis is going to become real medicine and more accepted," said Vahan Ajamian, an analyst at Beacon Securities Ltd.

"All these things continue to validate the sector. It's becoming more and more global and disrupting the established pharma, alcohol and tobacco industries."

Tilray says its cannabis products are used by patients suffering from chronic pain, insomnia and anxiety, as well as those who are living with epilepsy, multiple sclerosis, HIV and cancer.

"Sandoz has products within those product categories in their portfolio," Mr. Kennedy said.

"It's likely that medical cannabis or pharmaceuticals derived from cannabis will be replacements for many of the products in their portfolio." 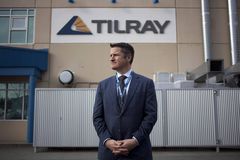 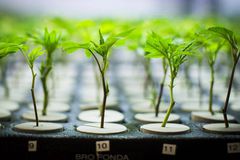