He even suggested his company could take a co-operative approach to the management of their intellectual property rights (IPR) and has spearheaded a partnership with Canada's Oil Sands Innovation Alliance (COSIA). GE became a corporate giant through a brilliant strategy of internal IPR innovation, as well as IPR acquisition, followed by patent protection when selling goods and services globally.

We can be sure that the COSIA engagement is coherent with GE's global IPR strategies, and is designed to add to the company's admirable success in creating a market cap of more than $260-billion (U.S.). But how do our entrepreneurs, and in turn our country, prosper from these very same resources that GE aims to profit from?

The Government of Canada annually invests billions of dollars in innovation strategies through various grants and programs designed to harness ideas and turn them into commercialized services or products. Yet the intrinsic value stored in the intellectual property that has been generated by these public investments will not yield maximum dividends if we do not consider equally shrewd approaches used by GE, other global corporations and governments.

One such approach worth consideration is the creation of a sovereign patent pool (SPP) for our investments in innovation. Patent pools are structured entities that manage ownership interests in patents with a view to achieving a return by monetizing those patents through sale, use of security interest, licensing or litigation.

The Centre for Digital Entrepreneurship and Economic Performance (DEEP), led by its principals Dan Herman and Warren Clarke, has researched the origins and efficacy of SPPs. The research suggests that, properly employed, the patents acquired through an SPP can nurture domestic firms through their infancy and further sectoral and national economic priorities. The governments of Japan, South Korea and Taiwan, all leading innovation nations, have all set up SPPs.

An SPP could serve as both a defensive and offensive play for Canada's innovative firms. The pool can protect small- and medium-sized technology firms from both larger global players and patent trolls, who use litigious tactics to corner their prey. Should a Canadian firm whose IPR was publicly financed fall victim to such tactics, the pool would manage the assets with the purpose of maximizing the net benefit to Canadians. In the telecommunications sector, this would have been an invaluable tool when Nortel fell into bankruptcy and billions of dollars of IPR, financed in part by Canadian taxpayers, was acquired by mostly foreign firms.

From an offensive perspective, an SPP could enable Canadian companies to scale up and compete globally. Patent clusters could be formed around sectors to reduce licensing costs for Canadian firms in their infancy or as they seek to scale globally. The Government of Canada could also finance its future investments in innovation by asserting its intellectual property rights, whether engaging in litigation, licensing or selling assets under optimal conditions. This would be a pragmatic and sustainable approach to the public financing of private-sector-led economic growth initiatives, especially in tight fiscal times.

In Canada, our national economic priorities include prosperity generated from our rich natural resources. Given the current political context, which squarely places economics and environmental viability at odds, a focus on innovation is essential if we are to maintain our standard of living.

Last year Statistics Canada reported that our multi-factor productivity saw zero growth in the last 32 years while the U.S. soared. Commonly known as "innovation commercialization," lagging MFP is the root cause for our large and growing prosperity gap with the U.S. Addressing Canada's productivity issue and the rift between Canada's economy and environment should start by building our IPR capacity in innovative resource technologies through tools such as SPPs.

Regardless of GE's co-operative rhetoric surrounding its interest in Canadian oil sands, national economic competitiveness is alive and well. Canadian entrepreneurs are well educated, well financed and they have the drive to compete globally. If they are to take the next step – to grow from innovative, small and medium enterprises into globally competitive companies – they need an ecosystem that protects their ideas to the magnitude that we currently protect our natural resources.

Jim Balsillie is chair of Sustainable Development Technology Canada and former Co-CEO of Research In Motion. 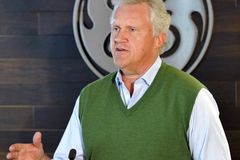 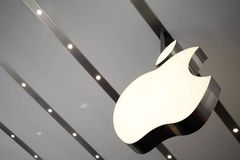 Transcript: Is your business keeping up with change?
July 15, 2014 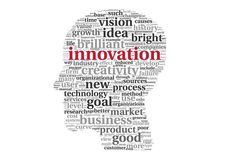 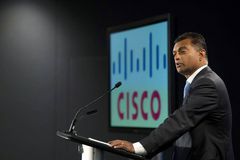 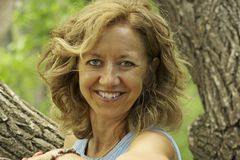 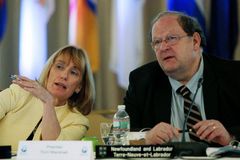