With more than 650 varieties of whisky on offer at Fredericton's Lunar Rogue Pub, it appears there's something for almost every palate.

That includes those who see money as no object.

"I've seen Alberta oil workers come in and order Macallan [25-year-old single malt Scotch] at $550 a double," recalls Frank Scott, a whisky connoisseur who opened the bar in the New Brunswick capital's downtown in 1989 and whose pride turns to horror when he adds that they'll then ask for Coca-Cola to mix it with.

"I say if you're pouring Coke in those Macallan 25s, I can't stand here and watch you do it, but I'll sell it to you."

Business is, after all, business.

But it is whisky that has put the Lunar Rogue on the map. It's recognized by Whisky Magazine as one of the great whisky bars of the world. Mr. Scott has been similarly feted by being named a Keeper of the Quaich, making him part of an exclusive Scottish club that recognizes outstanding work in promoting the industry.

To help spread the gospel of whisky, Mr. Scott also founded the New Brunswick Spirits Festival in 1995, the 22nd edition of which takes place this November at a hotel in Fredericton. With 280-plus products on hand to try, the location gives festival-goers the opportunity to stay the night; for everybody else, free cab rides home give peace of mind to the organizers. "I think it's just a responsible thing to do when you're asking people to come out and try products," he says.

As upscale consumers become increasingly discerning about the food and drink they consume, the whisky industry, particularly the premium Scotch industry, is on the rise. Scotch exports increased last year to more than £4-billion ($6.5-billion), with the luxury single malts exceeding £1-billion on their own for the first time.

In addition, those exports reached 182 countries, up from 174 the year prior, showing the global reach of the industry.

The premium single malts, some of which are sold for up to $275 an ounce at the Lunar Rogue, for example, are leading the way in that regard. The demand for the product has risen dramatically in the past few years, says Mr. Scott, mainly because of demand from emerging powerhouse nations such as China and India, as well as other parts of Asia.

A rare Macallan sold for $628,205 (U.S.) at auction in Hong Kong three years ago. Harrods of London is selling a 50-year-old Glenlivet for the equivalent of almost $34,000 a bottle (only 100 bottles were released worldwide). The luxury goods store also carries a 50-year-old Glenfiddich listed at more than $47,000.

It's that rarity and exclusivity that helps to heighten the appeal for whisky aficionados.

"It's a hobby to these people," says Don Livermore, a master blender for J.P. Wiser's based in Windsor, Ont., and one of two master blenders worldwide with a PhD in brewing and distilling. "'I've got this one, do you have it in your collection? No, how do I get one?' That's kind of the luxury buyer in whisky, in general, I find."

Despite working for the company that makes Canada's oldest continuously produced whisky, Dr. Livermore says that the country's offerings don't really play in the premium end of the industry. However, J.P. Wiser's, which is owned by Hiram Walker, is launching an ultra-rare line of four whiskies this fall that will range from $70 to $80 a bottle, up to a 35-year-old J.P. Wiser's at $140.

"Canadian whisky's always been challenged when you get to the luxury range," he says. "Usually consumers on the whisky end of it will gravitate toward the single-malt Scotch or in recent years will be going to highly aged bourbons and stuff."

While most Canadian whiskies are typically of the rye variety, the Glenora distillery in Glenville, N.S., is North America's first single-malt whisky distillery. Opened in 1990, it has been producing whisky since 2000, when its first bottle, the Glen Breton Rare, was released.

The limited-supply, single-malt bottle is on display at the distillery and can be bought for $65,000, for the time being at least.

"Not that we're looking at selling it," says Lauchie MacLean, the distillery's president. "But it's there if a customer comes in and they want something that has some cachet. … We should actually put it up to $100,000 with the price appreciation."

While the distillery is popular with tourists in Cape Breton, Mr. MacLean says corporate customers often get in touch when they're looking for a special gift for a client or for an addition to their own collection. While already unique as a single-malt distillery on this side of the world, Glenora is also following the global trend of creating distinctive whiskies by aging them in a variety of casks.

"We are the only ones in the world aging some of our whisky in ice wine barrels," he says. "Obviously ice wine in Canada is a fairly premium-type product. … We've come out with a couple of really nice products, which has been a hit somewhat here locally but more so in Europe."

But innovation doesn't necessarily come easily in a history-steeped industry that stretches back more than 500 years.

"You're working with a lot of traditions, a lot of people who just wanted the same thing over and over again," says Ray Daniel, head bartender at the Char No. 5 whisky bar inside the Delta Toronto Hotel.

The appeal of the bar, which opened in 2014, has grown steadily along with the product, and while its prices range from around $7 to nearly $200 an ounce, Mr. Daniel says it's not supported exclusively by the Bay Street business types whose expense accounts will happily cover $1,000 bar bills, although they do drop by.

"There has always been the readiness and willingness to spend that money," says Mr. Daniel, a native Irishman. "I think that now, though, with how much whisky is growing as a category worldwide, I think people understand a little bit more exactly what they're paying for and what they're paying for is essentially a piece of history." 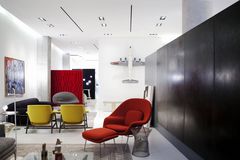 Glenfarclas Vimy Ridge 15-Year-Old Highland Single Malt, Scotland
June 20, 2017
Six wine-pairing mistakes you’re probably making
July 24, 2017
London’s Lobby Bar takes patrons on a journey with virtual-reality cocktail
May 18, 2017
Follow Paul Attfield on Twitter @paulattfield
Report an error Editorial code of conduct
Due to technical reasons, we have temporarily removed commenting from our articles. We hope to have this fixed soon. Thank you for your patience. If you are looking to give feedback on our new site, please send it along to feedback@globeandmail.com. If you want to write a letter to the editor, please forward to letters@globeandmail.com.
Comments