The Bank of England and Governor Mark Carney have been pulled back into the middle of Britain's referendum on its membership in the European Union, with a warning about the economic impact of Brexit and a spat with a member of Parliament.

The bank warned on Thursday that uncertainty about the referendum has led to delays in purchases of houses and cars as well as business investment. And it said that should Britain leave the EU, the value of the British pound would fall, "perhaps sharply."

The warnings were contained in the minutes of the latest meeting of the bank's nine-member Monetary Policy Committee, which sets the bank's key interest rate and includes Mr. Carney. The minutes came after a series of polls released this week have shown Vote Leave leading the Remain side by as much as seven percentage points.

Mr. Carney hasn't been shy in expressing concerns about the consequences of Britain leaving the EU, saying it could lead to a recession, slower growth and inflation. He has been taken to task by Vote Leave campaigners who accuse the Governor of overstepping his bounds.

This week, a prominent Conservative MP, Bernard Jenkin, who backs Brexit, told Mr. Carney to keep quiet until the vote on June 23. In a letter to the Governor, Mr. Jenkin cited Britain's "purdah" rules, which put restrictions on the actions of civil servants in the final 28 days of a political campaign.

"I am sure you are aware that you are prohibited from making any public comment, or doing anything, which could be construed as taking part in the referendum debate, in the same way as civil servants, government departments and other public bodies are restricted," wrote Mr. Jenkin, who is also a director of the Vote Leave campaign and chair of the Public Administration and Constitutional Affairs Select Committee of Parliament. "You have already made your views known about the question in the forthcoming referendum."

"First, I have not "already made [my] views known about the question in the forthcoming referendum," he wrote. "All of the public comments that I, and other bank officials, have made regarding issues related to the referendum have been limited to factors that affect the bank's statutory responsibilities and have been entirely consistent with our remits."

He defended his comments at parliamentary hearings and in speeches, saying addressing major risks to the economy is part of the bank's duties. And he said that the bank is not bound by purdah rules but has agreed, voluntarily, to abide by them. "In the future, I would be grateful if you would do me and my fellow independent committee members the courtesy of consulting the public record before writing letters such as that which I received on Monday," he added.

"It is very clear the Leave campaign doesn't want people to hear what the bank has to say on the most critical issue facing our generation because they don't like its conclusions," he said.

However, Andrea Leadsom, a Conservative cabinet minister campaigning for Vote Leave, criticized the bank for speculating on the pound falling, saying it goes against its core objectives.

"Their overriding objective is to ensure financial stability. This intervention is designed to do the exact opposite," she told the BBC. "They have strayed out of monetary policy into predicting what might happen behaviourally."

Mark Carney’s Brexit evolution: From silence to speaking out
May 16, 2018 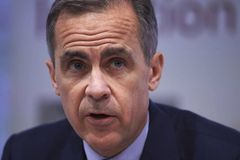 Brexit could cause big headaches for Canadian companies in the U.K. Subscriber content
May 16, 2018 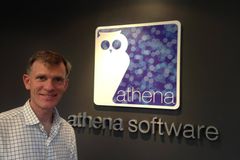