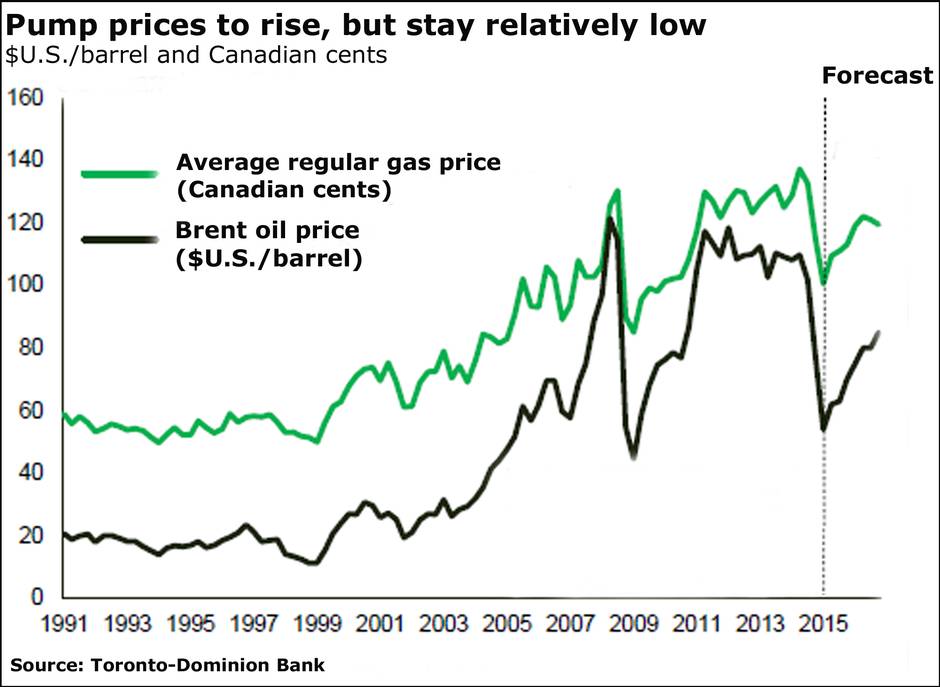 Let's call it a wash.

We're losing roughly the same through higher import prices as we're saving at the gas pump, Toronto-Dominion Bank says in a new report on the impact of the oil price collapse.

Here's how it works, according to the study by TD economic analyst Admir Kolaj:

The oil shock has driven down gasoline prices to the point where the average Canadian family will probably save about $600 this year, though that doesn't include savings on other fuels. At the same time, the Canadian dollar has taken an oil-induced plunge that filters through to higher import costs.

"We estimate that the resulting currency pass-through effect is likely to cost the average Canadian household around $600 this year, thereby eroding roughly all of the benefits of lower gas prices," Mr. Kolaj said.

We've already seen the impact on higher costs for goods such as clothes and food through monthly inflation data.

"As consumers spend less on gasoline and other fuels this year, they will have the ability to devote more funds toward other items," Mr. Kolaj said.

"However, increased spending on other retail products won't be just a matter of choice. Pass-through effects from a lower Canadian dollar are likely to manifest themselves in the coming quarters by inflation prices for many imported goods."

His report looks at the impact of all this on consumer spending and the retail industry.

Stripping out gas sales, retail sales are projected to rise about 4.5 per cent this year, Mr. Kolaj said, though probably "at the expense of tighter profit margins."

Some prices may be rising, but lower energy costs are driving down annual inflation in Canada.

The annual jump in consumer prices eased in April to 0.8 per cent, compared with 1.2 per cent in March, Statistics Canada reported today.

That marked the slowest pace since October, 2013, but it was largely because of energy prices. Gasoline costs, for example, fell 21 per cent from a year earlier, just before the collapse in oil prices.

If you strip out energy costs, prices rose 2.2 per cent, the statistics agency said. 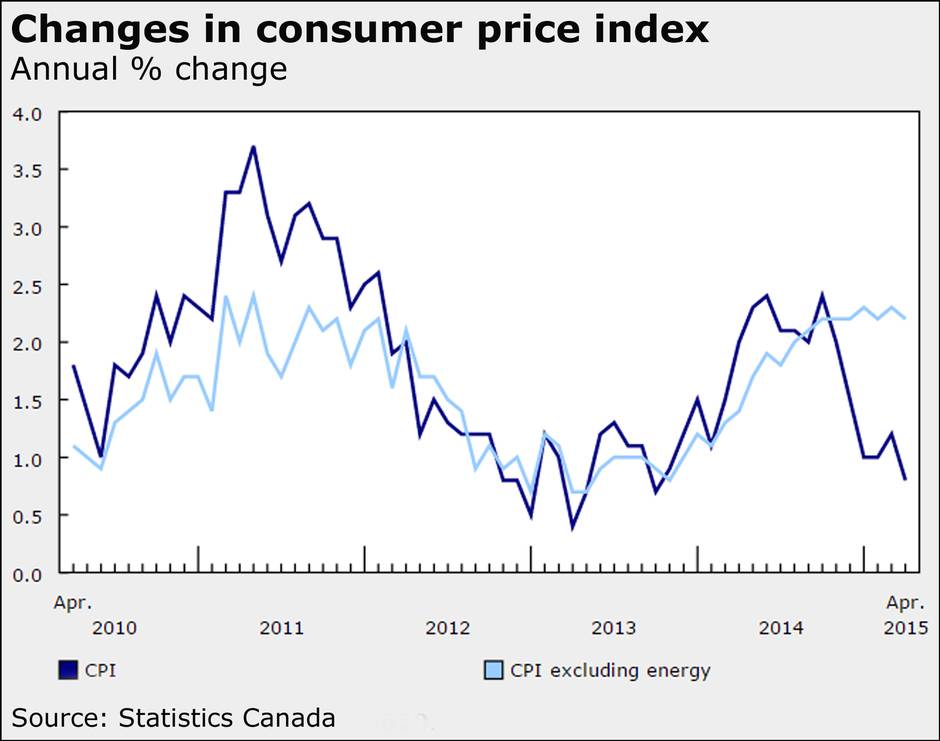 So-called core prices, which strip out volatile items and help guide the Bank of Canada, rose 2.3 per cent from a year earlier, slightly slower than the March pace of 2.4 per cent, meaning little for central bank chief Stephen Poloz.

"Governor Poloz, however, has recently noted that strength in core inflation is partly tied to pass through from the weaker C$ and estimates that underlying inflation is running near 1.6 per cent to 1.8 per cent," said Nick Exarhos of CIBC World Markets.

On a monthly basis, consumer prices inched down 0.1 per cent from March as the costs of transportation, clothing and other goods fell.

A definition I'd love to see 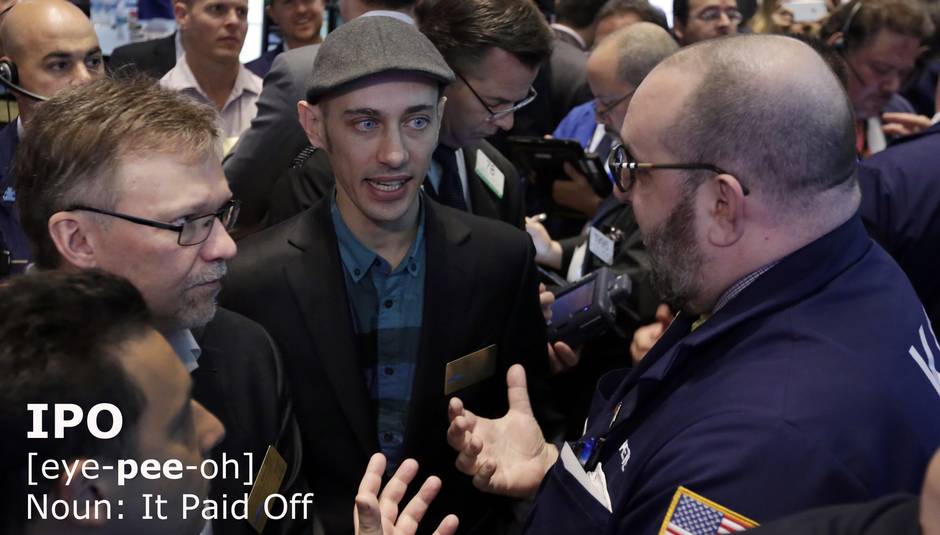 Shopify CEO Tobias Lutke's net worth shot up yesterday along with his company's shares in their NYSE trading debut.

Some condo owners plan to sell

A growing number of condo investors in Canada’s biggest housing markets are planning to list their units over the next five years, banking on the profits from rising prices to cash out, The Globe and Mail's Tamsin McMahon reports.

A new survey of nearly 42,000 condo owners in Toronto and Vancouver by Canada Mortgage and Housing Corporation found that 52.6 per cent of investors were planning to hold their units for at least five years, down from 58.4 per cent last year.

The shift comes as more investors expect prices to rise, with nearly 55 per cent telling CMHC they expected their unit to increase in value this year, up from 48 per cent last year.

Mr. Chen’s total compensation for fiscal 2015 was $3.4-million (U.S.), according to the company’s regulatory filing ahead of the annual shareholders’ meeting next month. The reduction is due mainly to the fact that Mr. Chen was not eligible to benefit from a grant of restricted shares vesting over five years from his start date in November, 2013.

The smartphone maker also announced a share buyback program for up to 12 million common shares, representing about 2.6 per cent of the outstanding public float.

Video: The spectacular rise and fall of BlackBerry