What the analysts say

A “defeated” Alexis Tsipras is preparing to sell a harsh reality to the Greek people.

As our European bureau chief Eric Reguly reports, Greece and the euro zone today struck a bailout agreement after 17 hours of talks.

But many, many questions remain, among them how the Greek populace reacts in the wake of a deal with measures said to be harsher than the ones they rejected just a week ago in a referendum.

Mr. Tsipras, who swept to power as prime minister on a pledge to fight austerity measures, agreed to a bailout valued at up to €87-billion over three years, some via a special new fund to bring in money from Greek assets.

In return, an embattled Greece, where unemployment is at about 27 per cent, gave up much, promising fiscal cuts, higher taxes and reforms to the pension system.

“The deal consists of a series of tougher austerity measures that have been rejected by the Greek population a week earlier,” said Ipek Ozkardeskaya of London Capital Group.

“Defeated, Alexis Tsipras should now go back to his parliament and get the final approval by Wednesday in order to kick off discussions for the third bailout at the cost of a €50-billion fund and democracy.”

Here’s what those who have followed the crisis are saying:

“Believe it or not, instead of kicking the Greek debt can down the road, the discussion about whether or not to kick the can has itself been kicked down the road for 72 hours instead. The sad thing is that the absurdity can't hide the awful economic reality that is imposed on the Greek economy; it's going backwards every day this goes on.” Kit Juckes, Société Générale

“The eurogroup wants more commitments with very specific timelines, they want the energy market privatized, the financial sector strengthened, and more product market reforms. Also, and this was one of the big hurdles to overcome, Greece agreed that ‘valuable Greek assets will be transferred to an independent fund that will monetize the assets through privatisations and other means. This fund would be…managed by the Greek authorities under the supervision of the relevant European institutions.’ Sort of like forced savings, or putting aside assets to be used to pay down debt.” Jennifer Lee, BMO Nesbitt Burns

“The hard work is not over – the deal still has to be got through national parliaments, with Athens and Berlin being the main ones to watch. It would not be surprising to see Alexis Tsipras depart the stage before the end of the week, given that he is likely to face more than a little opposition to a deal that is worse than the one Greeks rejected last week. A new national unity government would then result, and while this would provide a platform for reforms in line with creditor demands it does little for the image of European democracy.” Chris Beauchamp, IG

“The knee-jerk optimism following the agreement will certainly remain short-lived as the financial deal will certainly not be a relief on the political front. The sovereignty of the EU members is highly questionable after Greece accepted a very costly deal to be able to stay in the euro zone. The risk of a political contagion should intensify as the price to use euro may become increasingly unsustainable.” Ms. Ozkardeskaya

“Against this backdrop we, for now, maintain our 65-per-cent probability of Grexit (combining both short- and medium-term risks) and note significant risks of an early election in Greece. The tense negotiations over the weekend have, moreover, laid bare political divides with the euro area and we fear that this may slow the much-needed progress towards a genuine economic and monetary union.” Michala Marcussen, Michel Martinez, Yvan Mamalet, Société Générale

7 uses for a mannequin

It may have been illegal, but a Toronto driver’s alleged attempt at using mannequins to cheat in the Pan Am Games HOV lanes was certainly creative.

Police charged the driver, accusing him of dressing up the dummies to look like people in the passenger and back seats, with seatbelts and all, to get around the traffic hassles that are causing Toronto motorists such angst.

Which got me thinking about all the things you could do with mannequins at the office: 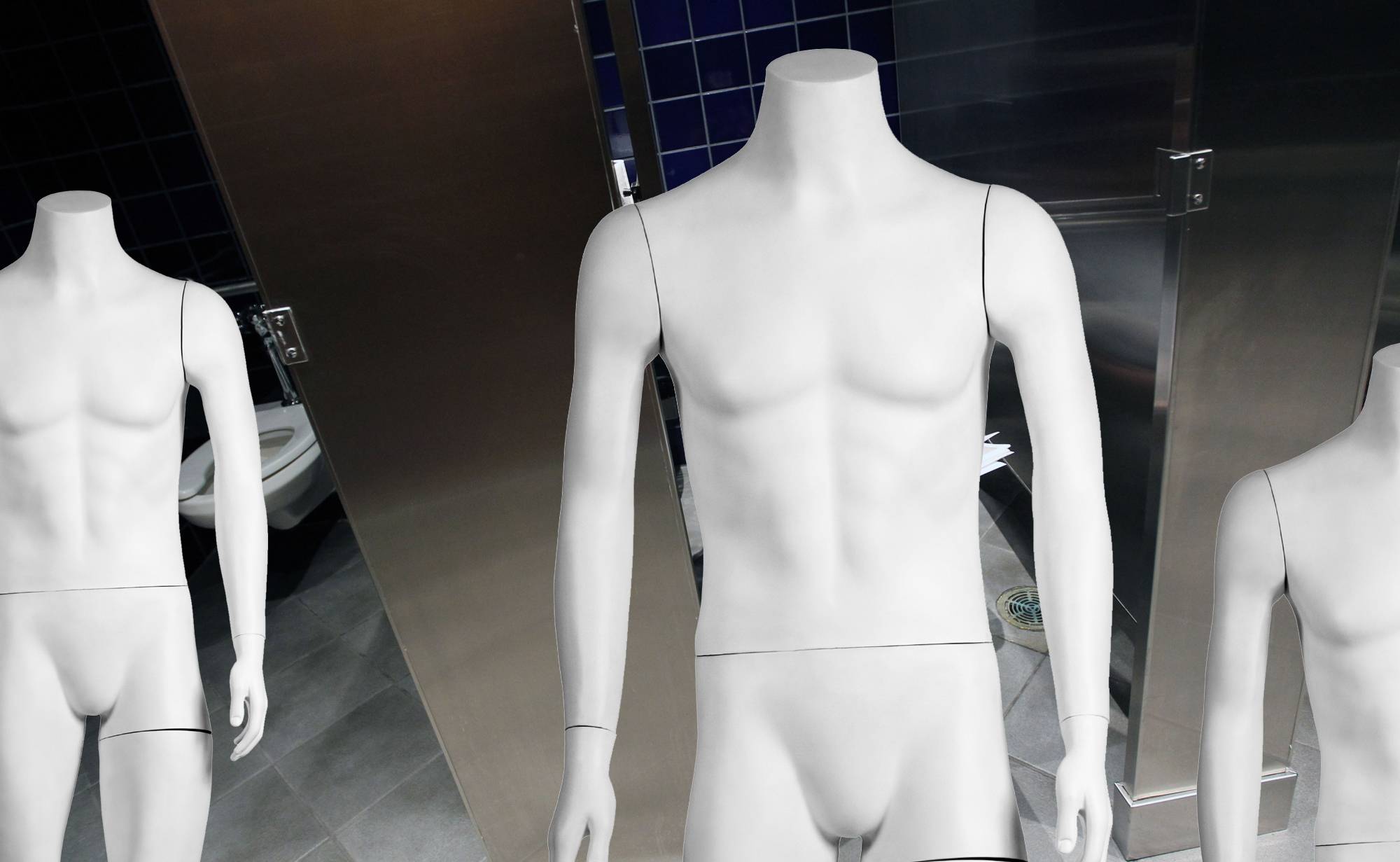 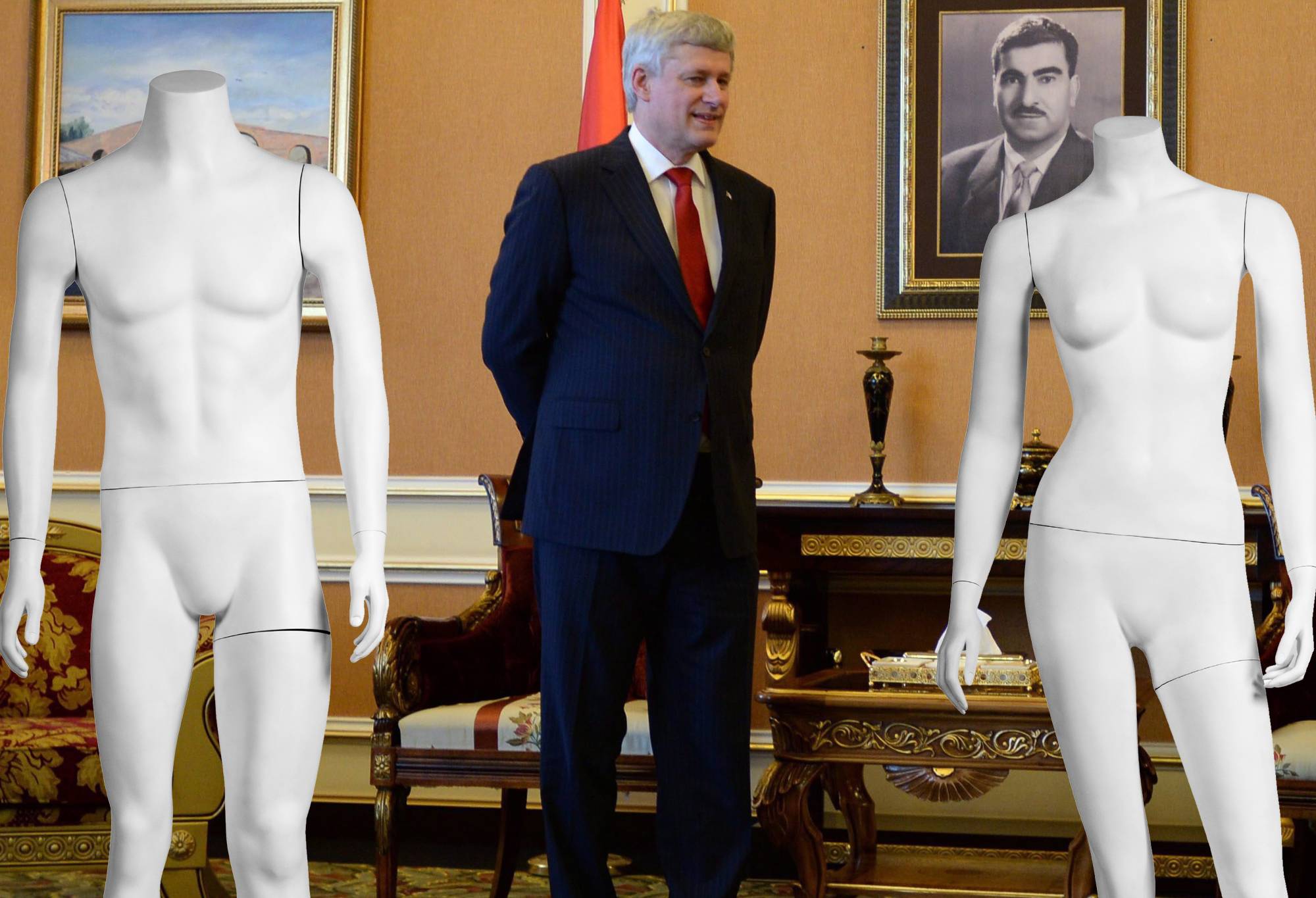 Call it a Cabinet meeting and decide everything yourself.

Use them to create a silent compensation committee. 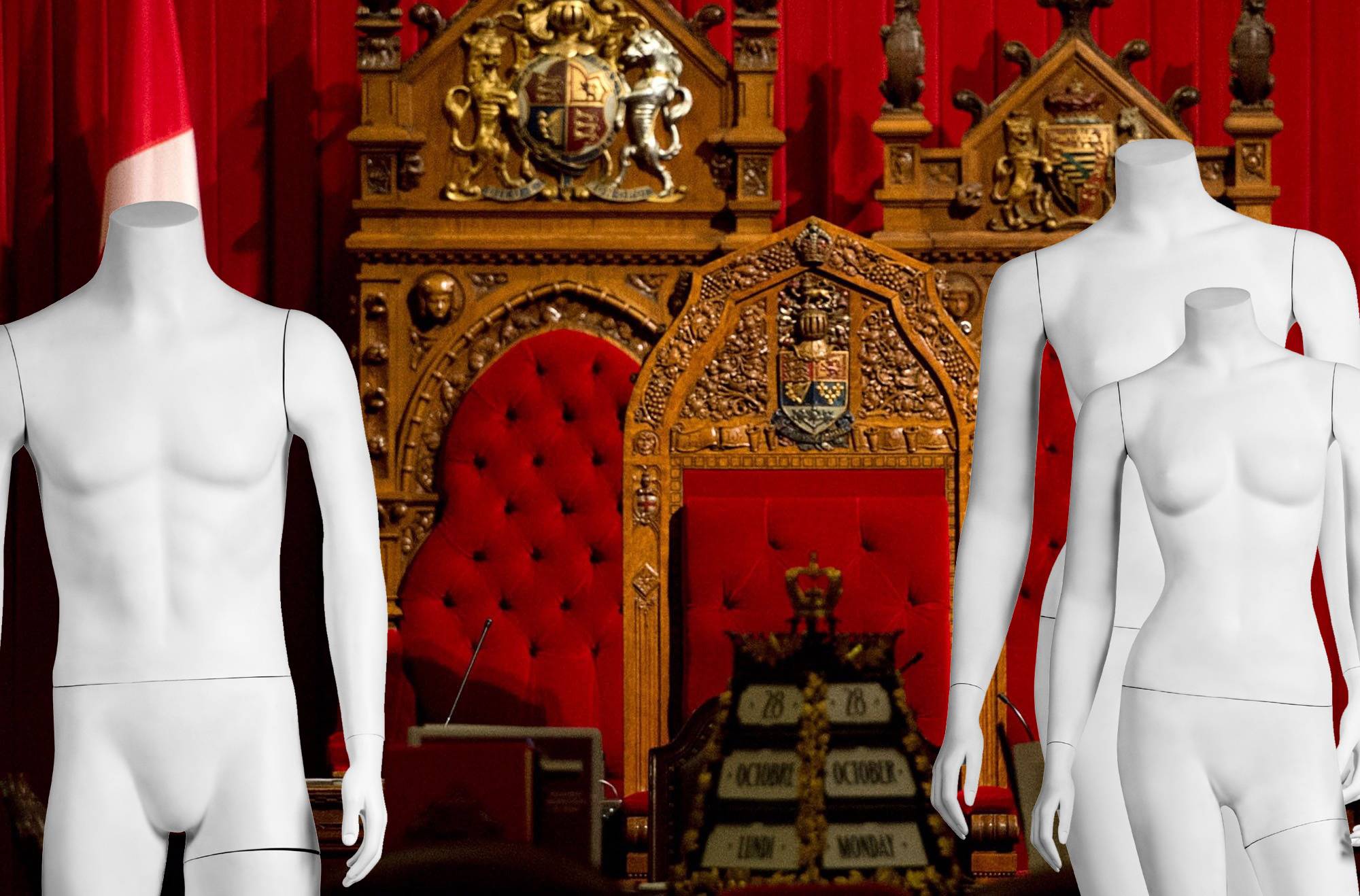 Stack the Senate chamber with them, and tell them to approve your expenses. 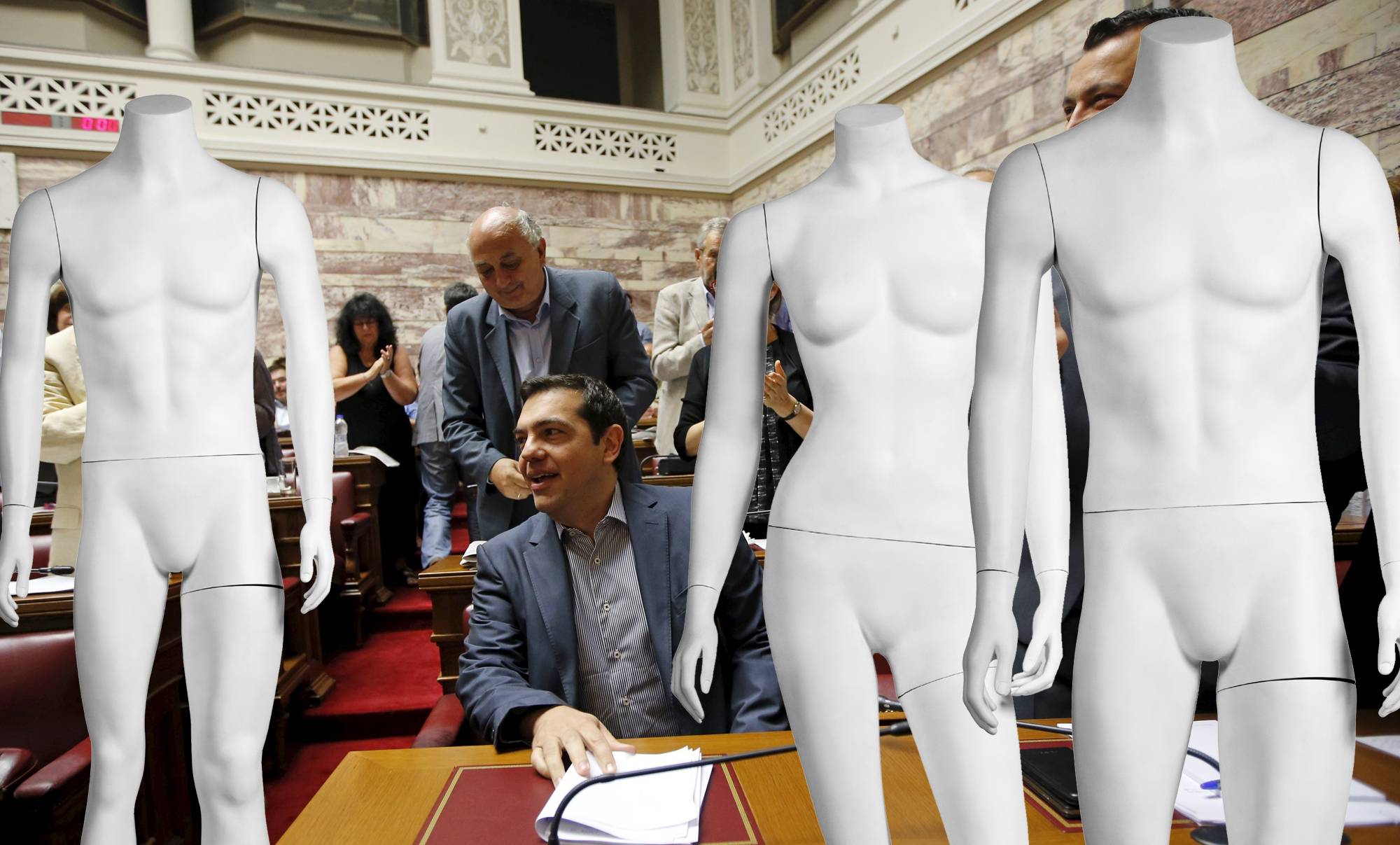 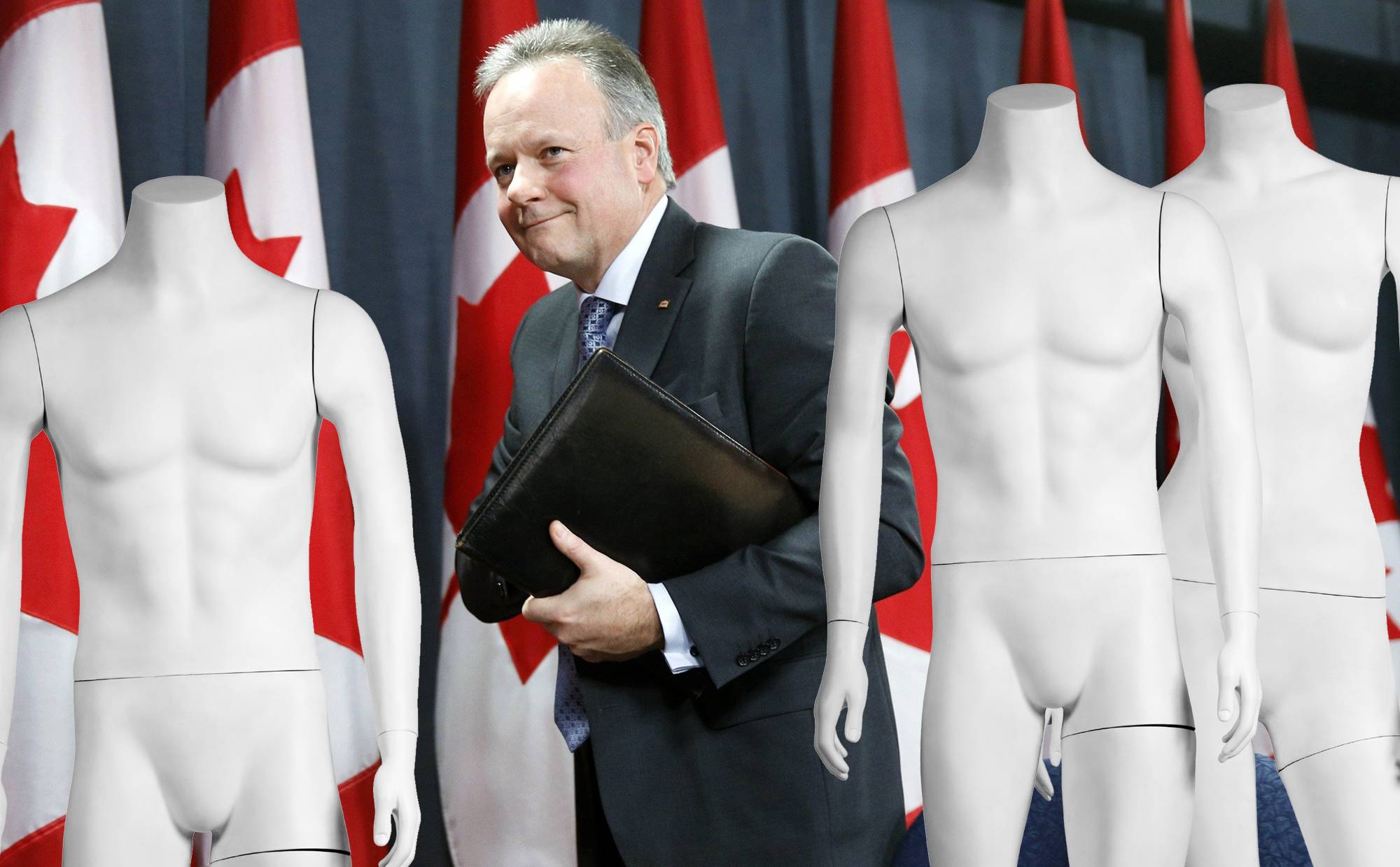 If you're the Bank of Canada Governor, hold a news conference where you can't surprise anyone. 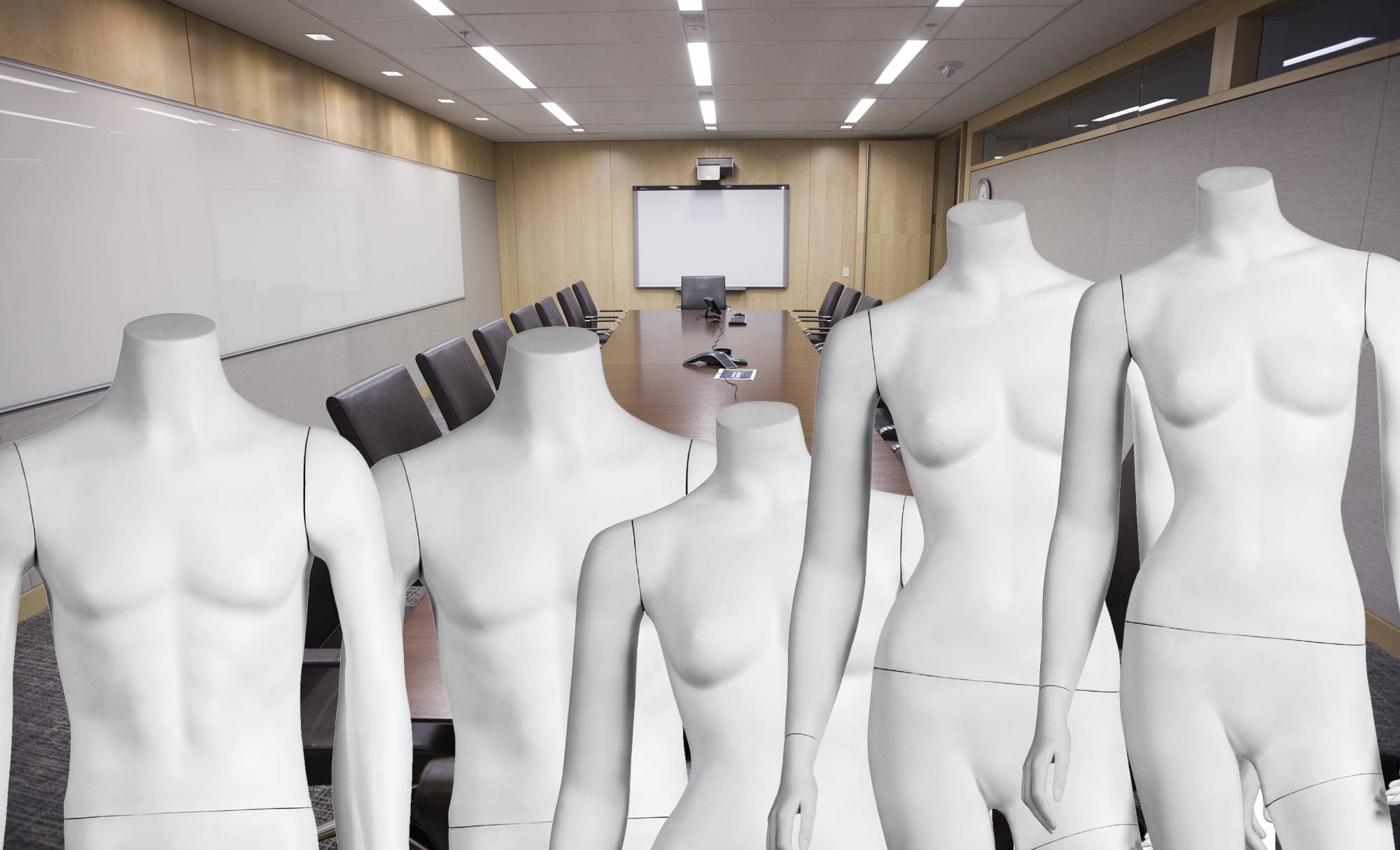 Tell your boss you're having a meeting, and do whatever the heck you want.

Carl Wiese, lately of Cisco Systems Inc., was named global sales president today to replace John Sims, the smartphone maker said today, giving no explanation as to why Mr. Sims, who has been with the company for about and one and one-half years, left BlackBerry.

CapitulationSurrender. Or when, after 17 hours and on the brink of ruin, you decide that all the promises you made to get elected just weren’t worth submitting to hard-ball tactics.

For the first time in a long time, there’s a lot of suspense where Wednesday’s Bank of Canada decision is concerned.

There would have been suspense in January, when the central bank cut its benchmark rate, but for the fact that no one saw it coming.

At the beginning of the year, Governor Stephen Poloz deemed the surprise cut of one-quarter of a percentage point as “insurance” against the oil shock.

Now, with Canada’s economy continuing to falter, at least through the first four months of the year, some economists expect Mr. Poloz and his colleagues may cut their benchmark overnight rate another quarter-point this week, which would bring it down to just 0.5 per cent. 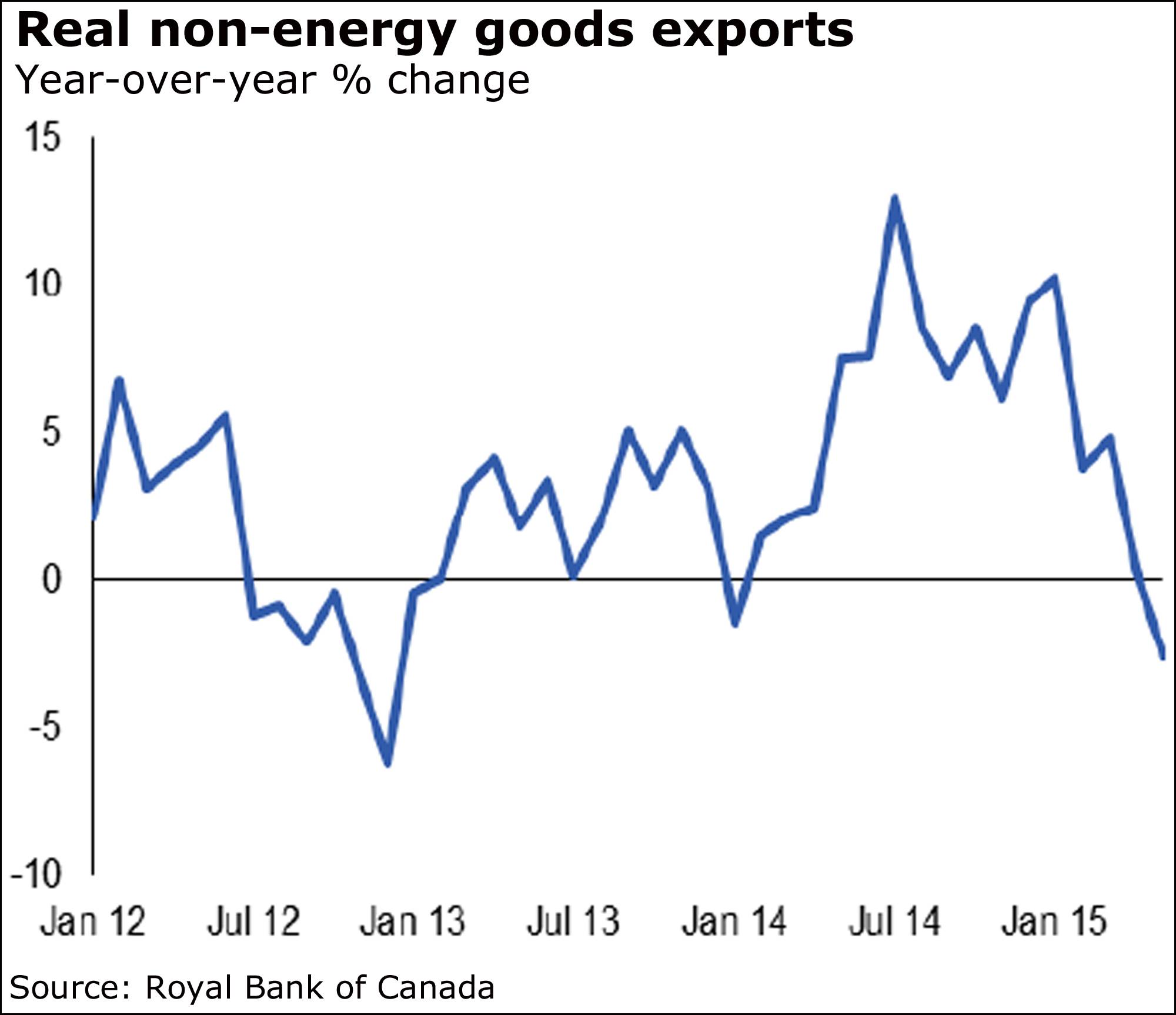 “In the end, the string of weaker-than-expected data during the first half of 2015, notably the April GDP report and recent trade releases, should outweigh any near-term concerns about taking out additional insurance the bank warned might be necessary after the January rate cut,” said Mark Chandler, Paul Borean and Simon Deely of Royal Bank of Canada.

“The central bank has gone to some lengths in assuring markets of a clear communications policy, and in the governor’s most recent speech, he reinforced the importance of taking action when the timetable to close the output gap shifts significantly,” they added in a report on what to expect.

“Given growth disappointments in [the first half of the year], the current deviation would seem to warrant action in the form of a rate cut.”

It would still be a big week on the economics front even without the Bank of Canada meeting.

Just before its announcement, Statistics Canada will release a report on how the manufacturing sector fared in May after a sales drop of more than 2 per cent in April.

Then on Friday, the statistics agency reports on inflation last month, and the annual rate is expected to hold at about 1 per cent.

Markets get the U.S. inflation report on the same day. But first, on Tuesday, we’ll get the U.S. retail sales report for last month.

On the corporate front, a new earnings season begins in earnest.