These are stories Report on Business is following Thursday, March 1, 2012. Get the top business stories through the day on BlackBerry or iPhone by bookmarking our mobile-friendly webpage.

As the loon flies A study by BMO Nesbitt Burns today marks the 10-year anniversary of the beginning of the Canadian dollar's return to grace from its 62-cent lows, and the impact associated with the rise.

Over the same period, notes deputy chief economist Douglas Porter, almost 500,000 manufacturing jobs have been lost, offset by increases in the nation's resource industries. Canada's current account balance has tipped into deficit and its trade balance has eroded dramatically. And for investors, this "tectonic currency shift has caused an earthquake for relative returns."

Going forward, Mr. Porter and others project the loonie will remain strong as the factors buoying the currency persist. Among them are the weakening of the U.S. dollar, strong commodities prices and Canada's fiscal standing.

"It was 10 years ago this quarter that the Canadian dollar finally awoke from a multi-decade period of weakness to find itself at a record low of less than 62 cents (U.S.)," Mr. Porter writes.

"It then proceeded to rocket ahead by more than 70 per cent in less than six years, before wobbling heavily in the ensuing financial crisis and then finally settling back around parity (neatly up 62 per cent from the 62-cent low).

Here's what happened over those 10 years:

Troubles in manufacturing, notably in auto making, at least partly show why productivity is poor in Canada, Mr. Porter adds. And it's not likely to change any time soon.

"While it is true on a micro level that individual firms can indeed afford to invest more, that doesn't necessarily translate to the macro level for the broader economy - not when some high-productivity sectors are struggling to survive, or even shutting down," he says.

"Looking at the historical record, periods of Canadian dollar strength have been associated with some of the weakest productivity gains, while the strongest increases have come during periods of loonie weakness."

A separate study this week by CIBC World Markets economists Avery Shenfeld and Warren Lovely also found that while factory output has rebounded from the recession, its outlook for growth is dim because of the "structural hit" from the loonie.

"The crux of the issue is that the climb in the Canadian dollar has pushed goods sector wages (and other local costs) well above those stateside in common currency terms," they say.

"As a result, Canada is no longer a cost-effective location for a host of non-resource-related manufacturing activities. Initially, shutdowns were seen in sectors like apparel and furniture that had earlier hung on in part due to an undervalued exchange rate. More recently, Canada has lagged in attracting or retaining facilities for autos and parts, rail cars, steel mills, and other goods where the competition is now more weighted to U.S. producers."

Mr. Shenfeld and Mr. Lovely also note the shift in power caused by both the dollar and high resource prices.

Alberta, Saskatchewan and Newfoundland and Labrador benefit, while Ontario and Quebec lag.

"Notwithstanding recent gains in manufacturing, plants will continue to be lost to international competitors," they say.

"And within Canada, labour will continue to seek out brighter opportunities in the West. As economic, fiscal and political power consolidates in Western Canada, regional income inequality will soar and inter-provincial tensions will rise. Canada's monetary authorities can avoid accelerating that process by keeping rates on hold for longer, but even a sidelined Bank of Canada won't prevent a further hollowing out of Canada's manufacturing heartland."

"On the global front we anticipate strong emerging market growth, with a soft landing expected in China, which should support growth sensitive currencies like the [Canadian dollar]" they said, citing other factors as well.

"Periods of risk aversion will continue to drive short-term drops in [the Canadian dollar] and downside risks to the global financial system remain below the surface despite central bank action; however, the potential for significant downward movement is limited and the longer-term trend remains bullish [Canadian dollar]

RBC, TD boost dividends Unlike their counterparts in other countries, shareholders of Canada's major banks are enjoying higher dividends.

While Bank of Montreal left its payout unchanged earlier this week, both Royal Bank of Canada and Toronto-Dominion Bank hiked theirs today.

Others have also boosted their dividends since the slump.

As The Globe and Mail's David Berman reported earlier this week, it's been a while since dividend hikes and share buybacks were unveiled in the United States, for example.

That could change this year, analysts at Credit Suisse say, noting that dividends and buybacks averaged just 23 per cent of earnings in 2011 in the U.S. financial sector. But for now, shareholders in the Canadian sector can count their pennies.

RBC today boosted its quarterly dividend by about 6 per cent, or 3 cents, to 57 cents, while TD hiked its by 4 cents, also 6 per cent, to 72 cents.

But the market outlook for the sector overall?

"Consumer and financial stocks have also outperformed in the U.S., a trend that could persist given the macro-economic backdrop," Robert Kavcic of BMO Nesbitt Burns said in a recent report.

"There is far more pent-up demand for homes and cars south of the border, and credit growth has turned positive after two years of deleveraging. In Canada, household debt is elevated, the post-recession surge in housing demand appears largely tapped out, and the bank sector faces a slower earnings growth environment."

TD profit slips TD may have increased its dividend, but its first-quarter profit slipped, The Globe and Mail's Tara Perkins reports.

"While we knew going into 2012 that our businesses would continue to grow in the face of a challenging environment, their performance has exceeded our expectations," said chief executive officer Ed Clark.

"Looking ahead through 2012, we believe that we are very well positioned to continue extending our lead in Canada and building client relationships in select U.S. and international markets, while maintaining our strong capital position and strict risk and cost discipline," said chief executive officer Gordon Nixon.

The decision by the International Swaps and Derivatives Association means billions in default insurance won't be paid to debt holders. It settles two complaints from parties wanting the insurance to be paid out on the basis that the European Central Bank is getting a better deal than others in the restructuring.

The ISDA, though, didn't close the door entirely, citing the findings of its EMEA determinations committee.

"The EMEA DC noted, however, that the situation in the Hellenic Republic is still evolving and today's EMEA DC decisions do not affect the right or ability of market participants to submit further questions to the EMEA DC relating to the Hellenic Republic nor is it an expression of the EMEA DC's view as to whether a credit event could occur at a later date, in each case, as further facts come to light," it said in its statement.

Standard & Poor's has decided that Greece is now in "selective default" because it changed the rules of the game retroactively via "collective action clauses," or CACs that force some bondholders into new payment terms. That remains an issue.

"As was largely expected, ISDA has made the announcement that a credit event has not occurred on the back of the ECB debt swap," said Mark Chandler and Ian Pollick of RBC Dominion Securities. "Recall, though, this is not the 'end all be all,' as there could be another ruling if CACs are used (which many are expecting to be a considered a credit event)."

Bombardier profit slides Shares of Canada's Bombardier Inc. tanked today as the company capped what it called "good financial results" for 2011 with a dip in fourth-quarter profit and revenue. The fourth quarter, though, was marked by a change in the its aerospace division's reporting period, shaving off a month's worth of results.

The plane and train manufacturer posted a fourth-quarter profit of $214-million (U.S.) or 12 cents a share, diluted, down from $295-million or 16 cents a year earlier. Revenue slipped to $4.3-billion from $5.6-billion.

"With our two groups, we're uniquely suited to weather today's environment, with our unrivalled product portfolio and greater geographical reach," he said in a statement. "And we keep on investing and putting the pieces in place to be a very different company in five years."

The company also projected deliveries this year of about 180 business and 55 commercial aircraft, which UBS Securities Canada analyst Hilda Maraachlian described as "relatively flat" year over year, on an annualized basis. As she put it in a research note, the results marked a "Q4 beat but weak C2012 aero guidance."

Analyst glum on RIM A prominent industry analyst has cut his price target and profit estimates for Research In Motion Ltd. ahead of the BlackBerry maker's fourth-quarter results later this month, The Globe and Mail's Iain Marlow reports.

Big Deals In just eight months, the business of investment banking has gone from high-flying to just plain trying for bankers who make their living helping companies raise money or buy competitors, The Globe and Mail's Boyd Erman writes. 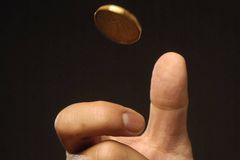