These are stories Report on Business is following Monday, July 14, 2014.

Fitch warns on housing
Along with a new report today showing Canadian home prices still rising comes a warning from a credit rating agency that the government may have to intervene in the housing market yet again.

Fitch Ratings, which has believed for some time now that the residential real estate market is overvalued to the tune of about 20 per cent, warned that heavy consumer debt levels have "made the market more susceptible to market stresses like unemployment or interest rate increases."

The credit rating agency doesn't believe the jobless level is going to spike, but it doesn't see interest rates easing further, either.

"Both property sales and building permits for residential construction have picked up in recent months," Fitch said in today's report.

"Home prices also continue to be supported by historically low interest rates and a lack of supply in the major metropolitan areas; these factors have propped up affordability and drive demand."

Fitch noted the many steps Canadian policy makers have taken over the past few years to "mitigate some of the risks," including those from the government, the banking regulator and Canada Mortgage and Housing Corp.

"However, the long-term impacts remain unclear, and policy makers may be required to take additional steps over the short term to engineer a soft landing."

The Fitch report came just a new reading of Canada's housing market showed prices continued to rise in June, though lagged for what's generally expected in that month.

Prices rose 0.9 per cent from May, according to the Teranet-National Bank house price index released today, and climbed 4.4 per cent from a year earlier.

Last month's increase was "substantial," according to the statement, though was the second slowest for the month of June over the last decade.

Compared to last June, the rise of 4.4 per cent was the slowest in six months.

Calgary again led the country, with a jump of 8.1 per cent from a year earlier, while Toronto and Vancouver each recorded gains of 6.1 per cent.

Over the course of the year, prices indeed fell in Halifax, Quebec City and the Ottawa area.

Canadian economists generally believe the market is heading toward the hoped-for soft landing.

"With the housing market having now shaken off the winter blues, prices are continuing to rise at a solid pace," said senior economist Randall Bartlett of Toronto-Dominion Bank.

"That said, the continued deceleration in price growth on a year-over-year basis may be an indication that the Canadian housing market is becoming more balanced," he said in a research note today.

"We expect to see the cooling trend continue through the end of 2015. This view is premised on rising prices encouraging strong growth in new listings while the number of newly-competed housing units remain elevated, both of which will boost supply and weigh on prices. At the same time, interest rates are likely to grind higher in Canada, resulting in reduced affordability."

Citigroup settles, profit sinks
Shares of Citigroup Inc. rose today as the giant U.S. bank put a major probe behind it and unveiled a plunge in profit that still beat estimates.

Citigroup announced today it would settle a Department of Justice investigation into mortgage-backed securities with a $7-billion (U.S.) payment that includes $4-billion to the government, $500-million to the Federal Deposit Insurance Corp. and various states, and $2.5-billion to "consumer relief" programs.

That hit the bank's second-quarter results, also released today, driving down profit to $181-million, or 3 cents a share, from $4.2-billion or $1.34 a year earlier.

The charge from the settlement amounted to $3.8-billion, Citigroup said.

Report cites wireless costs
Pressure could mount on the Canadian government to prove its policies on the wireless industry can support sustained price competition as a new study shows the cost of basic cellphone plan prices actually increased following a shift capping contracts at two years.

This year's annual report by Ottawa-based consultancy Wall Communications Inc. showed the end of three-year contracts in conjunction with a new national code that took effect last December led to higher charges for some wireless services, The Globe and Mail's Christine Dobby reports.

Wireless carriers in Canada commonly subsidize the up-front cost of devices and amortize that amount over the length of the contract. With the transition to two-year contracts, industry watchers have said the carriers have increased their monthly rates in part to account for the compressed time period they have to recoup that cost.

The report, which looks at the cost of wireless, home phone and Internet services, showed the cost of basic mobile wireless service increased to $36 per month in 2014 (based on data from February), up from $31 in 2013 and $34 in the 2012 study. The cellular plans tracked in that category included 150 minutes of incoming and outgoing calls and no additional features.

However, the study also showed a considerable decrease in the pricing of higher-end plans that include mobile data for smartphone users.

Ontario government reintroduces budget
The Ontario Liberals are promising to build more transit, dole out grants to businesses, create a new provincial pension plan and develop the Ring of Fire mineral deposit , all while balancing the budget in three years, The Globe and Mail's Adrian Morrow reports.

Newly re-elected with a majority, the Grits today reintroduced the May budget that caused last month's election. The $130.4-billion plan is Premier Kathleen Wynne and Finance Minister Charles Sousa's blueprint for the new term and their bid to firmly leave a mark on the province.

"We will make the right investments, in skills training, in infrastructure and in business to strengthen our competitive advantage," Mr. Sousa told the legislature. "We will lead from the activist centre."

The budget, however, comes against a backdrop of increasing fiscal uncertainty. Two weeks ago, credit rater Moody's changed its outlook on Ontario's rating to "negative," saying the province had not shown enough evidence it can balance the books. The current spending plan adds more than a billion dollars to the deficit – which now stands at $12.5-billion – but Mr. Sousa promised to erase the red ink in three years.

Bombardier gets orders
Bombardier Inc. is kicking off the Farnborough International Airshow with a number of sales agreements for its new C Series aircraft, including letters of intent for up to 24 units from two airlines.

The Montreal-based plane and train maker said on today it has a letter of intent from Zhejiang Loong Airlines Co. , Ltd. for 20 CS100 airliners valued at about $1.28-billion (U.S.)., The Globe and Mail's Bertrand Marotte reports.

Meanwhile, Jordan-based Petra Airlines Ltd. has inked a letter of intent to buy up to two CS100 and two CS300 planes. If all four aircraft are bought, list prices put the deal at about $298.4-million.

The orders follow Saturday's announcement that Britain-based lessor Falko Regional Aircraft Ltd. has signed two letters of intent to buy up to 24 CS100 aircraft. Bombardier did not state the estimated value of that deal.

In a separate announcement today, Export Development Canada said it is teaming up with its British counterpart and Quebec's economic development agency to create a financing partnership for the C Series. 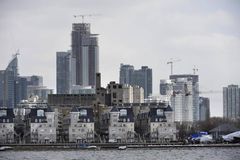 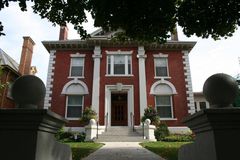