These are stories Report on Business is following Friday, Oct. 17, 2014.

New perks at Starbucks
Apple and Facebook may be offering employees the opportunity to freeze their eggs. But at Starbucks, baristas will be first in line for the coffee from a new Costa Rican operation.

Not only that, they'll now be able to show off their (polite) tattoos, sport (small) nose studs and wear (black) jeans. They'll also be able to leave their shirts untucked (as long as they don't show too much mid-section).

Most importantly, they're also getting a hike in pay. Which is no small matter given the heated debate over wages across the United States.

"We recognize that creating the best possible experience for you must be our number one priority if we are to successfully fulfill our long-term ambition of building one of the world's most trusted and admired companies," chief operating officer Troy Alstead said yesterday in a public letter to U.S. employees.

"A big part of that means continually investing in a partner experience that reflects our mission and values, where you feel valued, respected and heard."

The huge coffee chain – Canada, by the way, reportedly has the most Starbucks-per-person in the world – had asked employees for their input.

The result is a new pay and benefits scheme in the United States that starts next year, an updated dress code, a new recognition program and a "food benefit" that will allow each U.S. employee to "choose one free food item, per shift, from the pastry or ready-to-eat case."

A spokesperson for the Canadian operations, which also met with employees, said there are also pay and benefit enhancements that are specific to the Canadian markets. The dress code will be the same as the new one in the U.S..

So, baristas have to keep their trademark green aprons "looking good," they can now wear small scarves or ties, and family-friendly tattoos are okay, but "not on your face or throat."

But … no more than two piercings per ear, and if you're wearing shorts or a skirt, "no more than four inches above the knees please."

And, a Starbucks official told Bloomberg News, the company is giving its first harvest from a recently-acquired test farm in Costa Rica to its employees.

"The work at Hacienda Alsacia is helping us gain a better understanding of the challenges facing coffee farmers throughout our supply chain from environmental factors to the overall costs of running a working farm," Craig Russell, executive vice-president of global coffee, said in a post on the company's website.

"To be a part of its first harvest is a special moment for me and a historic one for our company."

Markets on rise
Global markets are on the rebound as they cap a hectic week.

"Over all, today's action feels like a trading rebound within a larger bear market," said Colin Cieszynski of CMC Markets.

"The big swings from day to day and hour to hour changes indicate there is still a lot of uncertainty out there and not much conviction on either side. This may continue to create opportunities for traders over the next several weeks."

"With Halloween still about two weeks away, investors might be forgiven if they've looked a little spooked of late," said Carl Campus of BMO Nesbitt Burns.

"In fact, the latest slide in global equities has many major markets flashing technical correction in just about the last month alone … Fortunately, we did see some relief on Thursday amid dovish comments from St. Louis Fed President Bullard and that brighter mood looks to be spilling over into today's market action."

Inflation slows
Annual inflation in Canada is now bang on the Bank of Canada's target level.

The annual pace of inflation slowed in September to 2 per cent, from 2.1 per cent in August, Statistics Canada said today, as natural gas prices surged more than 16 per cent from a year earlier and the cost of food jumped 2.7 per cent.

If you're wondering, prices at the gas pump dipped 0.5 per cent.

On a monthly, seasonally-adjusted basis, consumer prices rose 0.2 per cent last month, faster than the 0.1 per cent in August, The Globe and Mail's David Parkinson reports.

So-called core prices, which strip out volatile items, rose 2.1 per cent over the 12-month period, and 0.2 per cent from August to September.

The core index helps guide the Bank of Canada, though its official target is 2 per cent for the overall level of inflation.

"Recent data and market volatility have significantly reduced the chances that the Bank of Canada will alter the language regarding the outlook for monetary policy at next week's meeting even with the recent pickup in inflation pressures," said assistant chief economist Dawn Desjardins of Royal Bank of Canada.

How Starbucks has conquered Canada
May 27, 2014 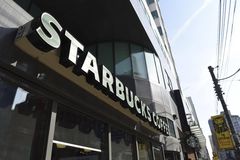 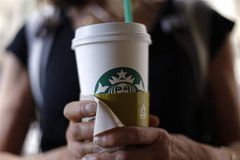 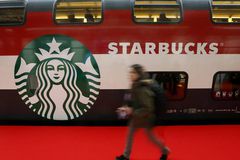