Strolling through the Statistics Canada website and the aisles of Loblaws will give you a good sense of what Douglas Porter calls the “great cauliflower crisis.”

Bank of Montreal’s chief economist was, of course, having a little fun with the fact that cauliflower has suddenly come to symbolize the surge in produce prices tied to the rapid decline of the Canadian dollar. 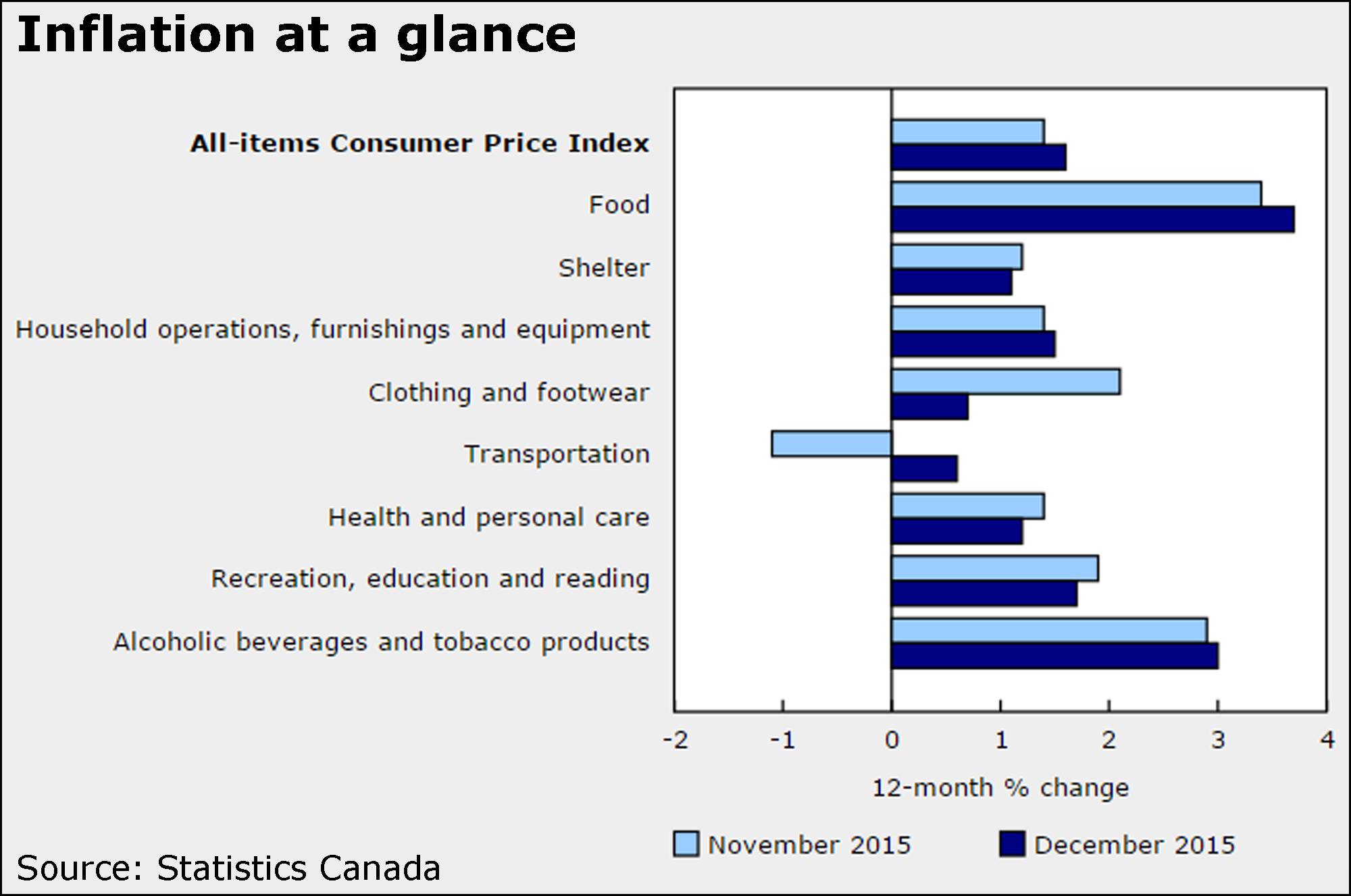 As The Globe and Mail’s Ann Hui reports, there’s much at play here besides the sad state of the loonie and the subsequent effect on import prices. And when you look at other countries, we’re doing okay.

Having said that, some of the price hikes are still, um, food for thought:

Prices for fresh vegetables and fruit rose more than 13 per cent in December from a year earlier.

As The Globe and Mail’s Julien Gignac reports, celery indeed is a biggie, up 46 per cent in a year.

At a north Toronto Loblaws on the weekend, some produce prices indeed seemed high. Like those for cauliflower, asparagus, lettuce and celery.

(How do I know this stuff? I shop with my wife, who is to grocery store prices what Don Cherry is to hockey.)

Makes you wish that, at $2.99 a pound, Brussels sprouts were more appealing.

And while we’re at it, just the word eggplant sounds disgusting. But if you like it, note that purple eggplant is a buck cheaper than the ’graffiti’ version at Loblaws.

To get a sense of it all, compare the mild 0.4-per-cent annual rise in prices for fresh vegetables in the U.S., and you see that “almost all of that inflation we are seeing in the produce aisle is strictly a [Canadian dollar] story,” Mr. Porter said.

The Bank of Canada figures that the erosion of the currency drove up inflation by a percentage point in the fourth quarter of last year, noted BMO senior economist Sal Guatieri.

Which would put the “underlying” pace at 0.6 per cent, given the 1.6 per cent annual rate for December reported by Statistics Canada.

Those underlying rates are still “less than comparable U.S. measures due to elevated unemployment and intense retail competition,” said Mr. Guatieri, who is Mr. Porter’s colleague and has done a lot of work in this area.

“True, by no means have we seen the last of the exchange rate pass-through on inflation, which can take up to two years to play out,” he said.

“But, according to the [Bank of Canada], it will also take about two years before our economy returns to full employment. Until then, barring a further nosedive in the loonie, no one should lose sleep over the inflation outlook (except, perhaps, raving cauliflower fanatics).” 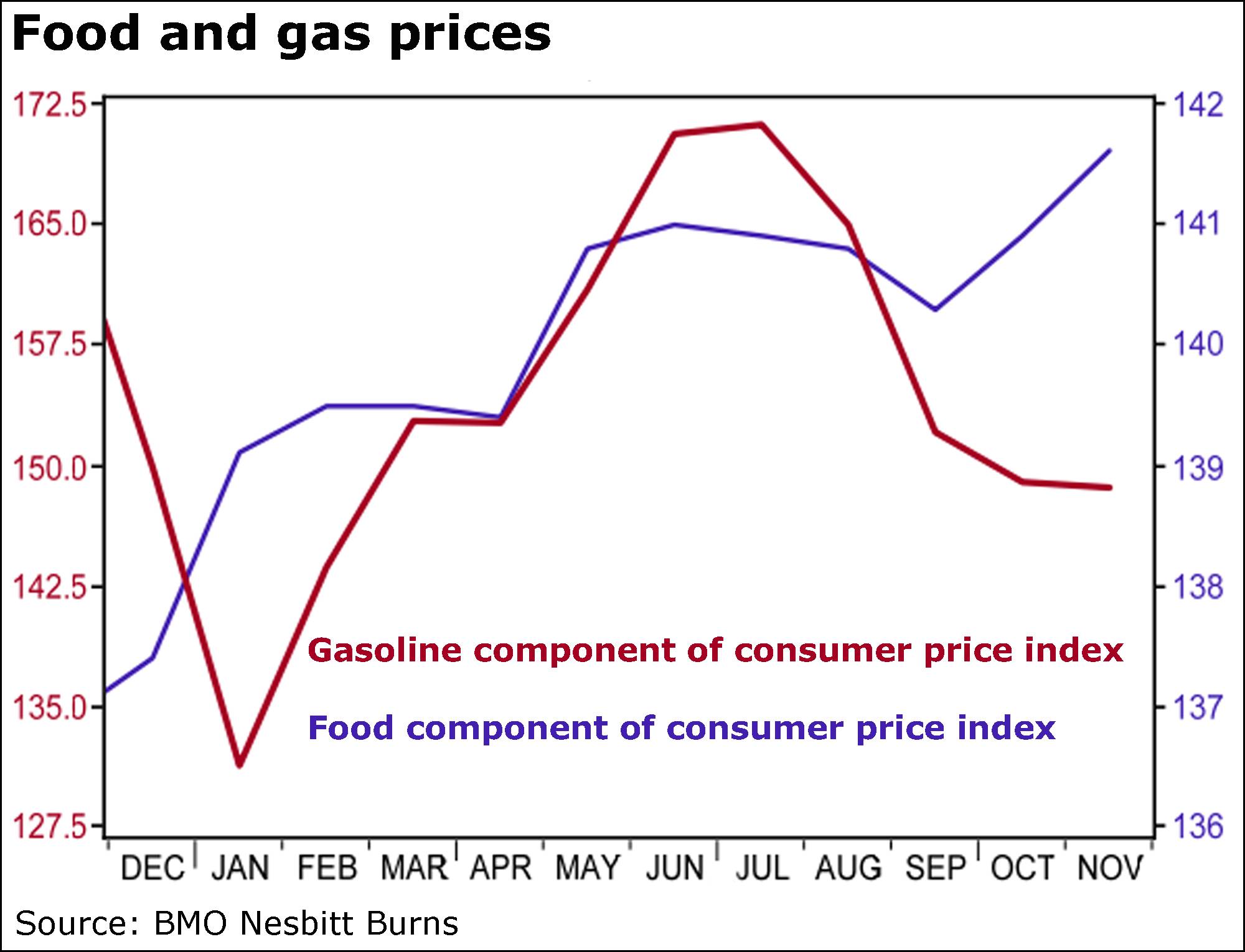 As Mr. Guatieri has noted before, there’s a potential impact on consumer spending here. True, consumers are saving at the gas pump, but they spend four times as much on food as they do on filling up the tank.

On a side note, prices for beer, wine and liquor are also up.

So, to borrow liberally: Eat, drink and be merry, for tomorrow we pay more.

But European stocks are falling, with London’s FTSE 100, Germany’s DAX and the Paris CAC 40 down by between 0.3 and 0.6 per cent. North American stocks also sank.

“Fundamentally the situation is no different to how it was a number of weeks ago,” said London Capital Group head analyst Brenda Kelly.

“Monetary stimulus is beginning to lack the teeth it once possessed, yet the surge in equity indices over the past few days merely serves to underline the addiction to accommodative policy.”

Making his first state visit to Europe since the West lifted economic sanctions, Iranian President Hassan Rouhani set off on a whirlwind tour aimed at ending his country’s economic isolation as his government negotiated tens of billions of euros of deals to help modernize the country’s battered industries.

In Rome today, the Iranian president is set to visit France next, The Globe and Mail’s Eric Reguly reports.

There’s a lot to chew on for economy watchers and investors alike.

Not only will we get key economic readings from Canada and the U.S., corporate earnings also kick into higher gear.

First, markets will be watching closely as the Federal Reserve issues its decision on Wednesday, though that’s not expected to be as historic as the last meeting, when the U.S. central bank raised its key rate for the first time since before the crisis.

“All in all, while recent turbulence and implicit monetary tightening that a higher dollar provides is likely to lead to a more gradual pace of rate hikes than the Fed has indicated at the time of liftoff, we expect that [this] week’s FOMC statement will maintain a relatively hawkish bias, indicating the Fed is on course to tighten monetary policy further as the year progresses,” said Toronto-Dominion Bank economist Ksenia Bushmeneva, referring to the central bank’s policy-setting Federal Open Market Committee.

Friday brings reports on the state of the economy in both Canada and the U.S. 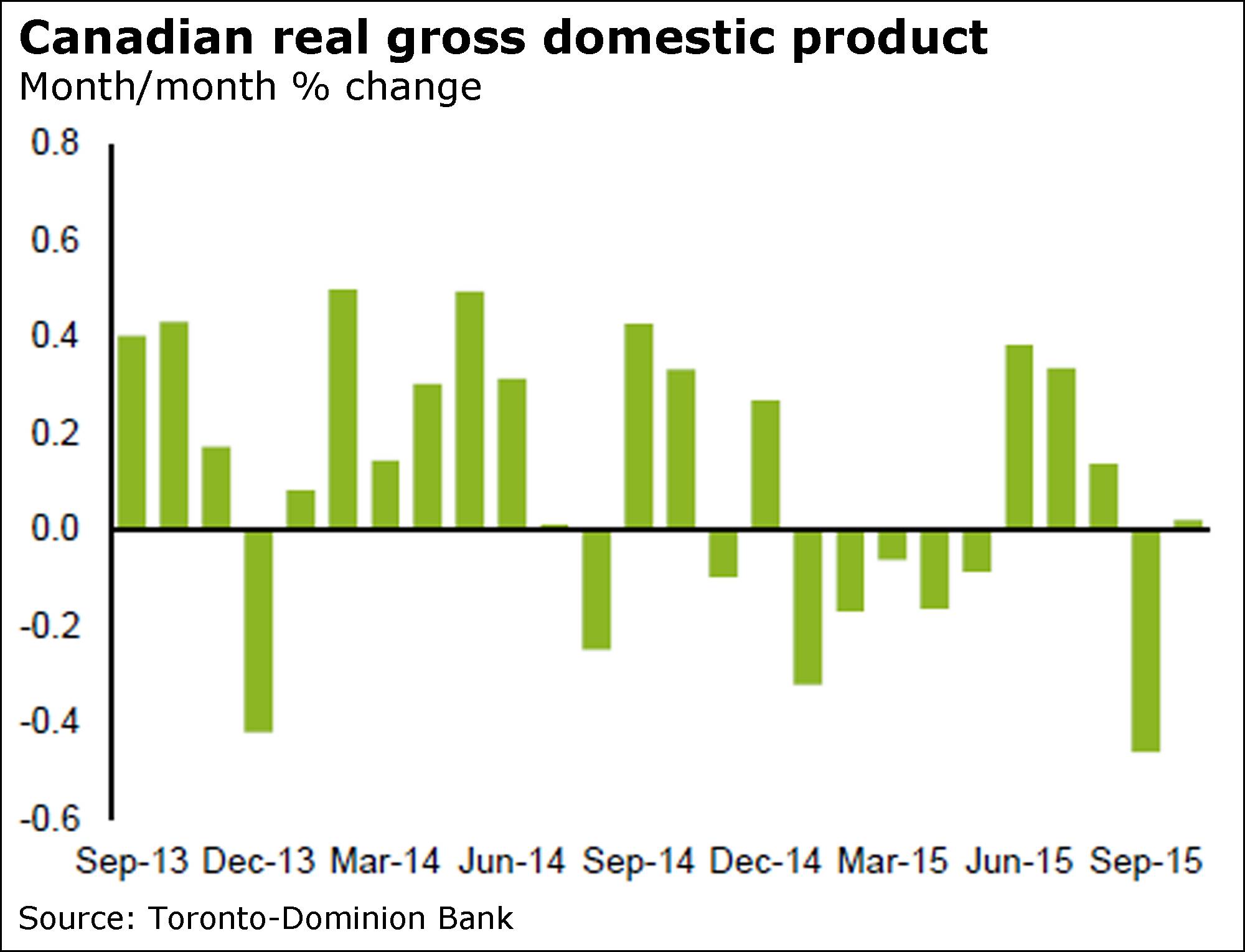 At home, economists expect Statistics Canada to report that the economy expanded by somewhere between 0.2 and 0.4 per cent in November.

Remember that the Bank of Canada said just last week that the economy likely stalled in the fourth quarter, and that it was flat in October.

“A weak Q4 is already baked into our outlook on the Canadian economy,” said Nick Exarhos of CIBC World Markets.

“We’ll be waiting for clues on December GDP and beyond when judging how long the current economic malaise will plague the Canadian growth profile,” he added “As of now, we expect the first half of the year to be unremarkable, with reinforcement likely coming in the second half from federal stimulus spending.” 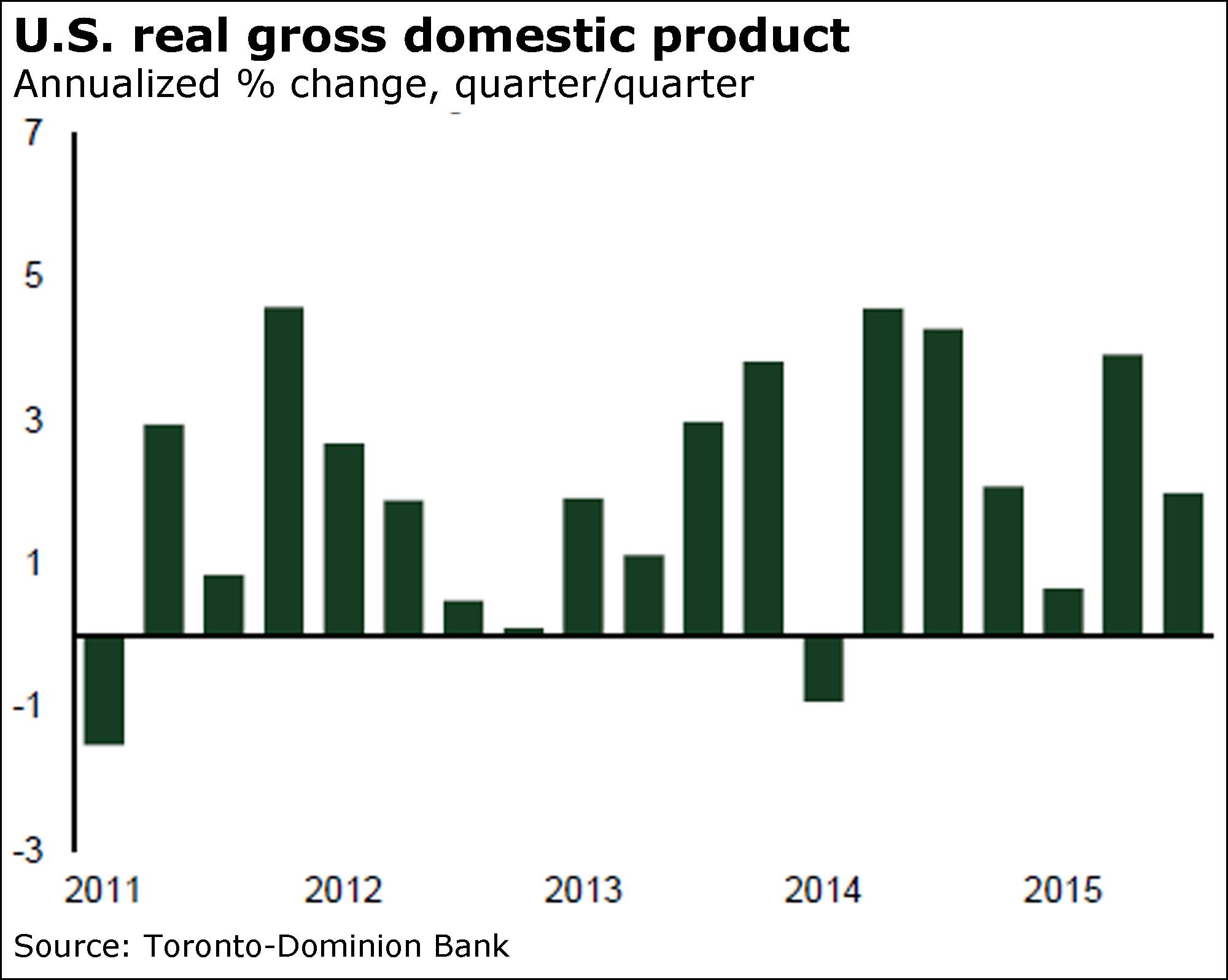 At the same time, we’ll get a look at fourth-quarter economic growth in the United States, expected to come in at shy of 1 per cent, annualized.