These are stories Report on Business is following Tuesday, Jan. 7, 2014.

Speculators bearish on loonie
Bets against the Canadian dollar are running exceptionally high, meaning gamblers could get caught with their pants down should the winds change.

Having said that, most observers don't see a change in the currency's fortunes for the next several months. Indeed, the dollar fell by more than a cent to below 93 cents U.S. today as a disappointing trade report and a strong U.S. trade release added to its troubles, sinking as low as 92.75 cents. By late in the day, the currency stood at 92.83, The Globe and Mail's Tavia Grant reports.

The latest report from the U.S. Commodities Futures Trading Commission, as of Dec. 31 but released yesterday, shows the short position against the Canadian dollar at almost $5.5-billion (U.S.), up marginally but still up.

"The CAD positioning is getting closer to extremes, which could leave CAD vulnerable to short covering if sentiment shifts," said chief currency strategist Camilla Sutton of Bank of Nova Scotia, referring to the Canadian dollar by its symbol.

Many observers see the loonie, as Canada's dollar coin is known, hovering at about that level for the next several months, before strengthening, though some see it dipping below the 90-cent mark.

Notable is the call by Goldman Sachs Group Inc. for the currency to sink to 88 cents, good news for Canadian exporters but bad news for anyone who happens to be travelling to the southern United States to escape a Canadian winter day like this one.

Weighing on the loonie, Ms. Sutton said, is the dovish nature of the Bank of Canada and its governor, Stephen Poloz, U.S. economic growth that is outperforming that of its northern neighbour, and concerns about the Canadian oil sector amid an American production boom and questions over moving Canada's crude given the issues surrounding pipeline proposals.

The loonie lost almost 7 per cent of its value against the U.S. dollar last year, sliding throughout the year. Now, Ms. Sutton noted, the currency is above its 10-year average but the trend is down.

"Fundamentally, the most important CAD driver is the outlook for interest rates," she said in a new report.

"With inflation falling below the Bank of Canada's control range of 1 to 3 per cent in 2013, Governor Poloz has turned increasingly dovish. We expect a similar tone entering 2014, which is likely to weigh on the CAD early in 2014."

"Not even during the global recession of 2008/2009 or the Asian financial crisis have we seen such bearishness towards the Canadian dollar," said National Bank's Stéfane Marion and Krishen Rangasamy.

"We expect negative sentiment towards the loonie to persist in early 2014, more so with Fed tapering helping boost the USD," they added in a research note, referring to how the U.S. central bank's pullback from a stimulus program known as quantitative easing should pump up the U.S. dollar.

Many observers see the loonie picking up in the last half of this year.

Trade deficit grows
Having said all that, Canada's trade deficit widened in November, but the story lies in the details.

The shortfall grew to $940-million from a markedly revised $908-million in October, The Globe and Mail's Barrie McKenna reports, as imports inched up 0.1 per cent and exports were flat.

Exports to the United States, Canada's biggest trading partner, rose 0.6 per cent, while American imports outpaced that by climbing 2 per cent, narrowing the Canadian surplus to $2.8-billion from $3.1-billion.

There was a shift in trade with other countries as exports fell 2 per cent, marked by a 6.4-per-cent drop in shipments to the European Union.

Imports from other countries also fell, by 3.6 per cent.

"While Canada's trade deficit remained essentially unchanged in November, the revisions to the data mean that the trade picture in Q4 is looking a lot less rosy," said economist Leslie Preston of Toronto-Dominion Bank.

"After having staged an improving trend earlier in 2014, exports now appear to have stalled outright. We now expect trade to be a drag on growth in Q4, which puts downside risk to our GDP forecast of 2.3 per cent, and reaffirms the Bank of Canada's dovish bias."

The South Korean company today estimated that its operating profit slipped in the fourth quarter of last year to about 8.3 trillion won, the equivalent of almost $8-billion (U.S.), while sales came in at 59-trillion won.

That profit is down from about 9-trillion won a year earlier.

It's not just the Apple iPhone versus the Samsung Galaxy line.

According to Reuters, Samsung also paid a bonus of somewhere close to 1-trillion won to its workers.

As our European correspondent Eric Reguly reports today, the latest reading shows annual inflation in the euro zone dipping to 0.8 per cent in December, down from 0.9 per cent a month earlier.

That's still slightly above the October 0.7-per-cent reading that pushed the ECB to cut its benchmark interest rate to 0.25 per cent late last year.

But it's "the second-slowest pace in four years and adding to deflation concerns," said senior economist Jennifer Lee of BMO Nesbitt Burns.

"The inflation report will likely not prompt another move by the ECB," she added. "Not this month, anyway."

Here are CareerCast.com's most stressful jobs of 2014, with the "stress score," average U.S. salary and "projected job growth." (But the comments are mine.)

5. Event co-ordinator, 49.93, $45,810, 44 per cent. It seems to me that the potential for jobs growth is so high because there's no way on Earth that this is the fifth-most stressful job. Unless the event is your kid's birthday party.

6. Public relations executive, 48.52, $54,170, 21 per cent. You earn more than a firefighter for sending me product pitches and then phoning two minutes later to tell me you'd sent it.

4. Tenured university professor, 8.43, $64,290, 17 per cent. Huh, I would have thought it might actually be stressful telling soon-to-be grads that your job's secure but they'll be lucky to find one.

5. Seamstress/tailor, 9.5, $26,280, 1 per cent. Well, if you're not Lululemon's Chip Wilson and you can refrain from making comments about women's thighs, this could be less-stressful for sure.

7. Medical records technician, 10.5, $34,160, 21 per cent. I'll assume we're not talking about the troubles with the Obamacare health insurance website. 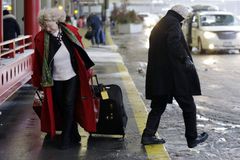 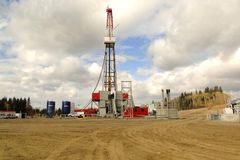