These are stories Report on Business is following Monday, Sept. 22, 2014.

BlackBerry readies Passport
BlackBerry Ltd. plans to price its new Passport device below that of Apple's new iPhone 6 and some other smartphones offered by its competitors.

The company is gearing up for a crucial week, with the expected launch of the Passport on Wednesday, in Toronto, Dubai and London, followed by quarterly results on Friday.

For chief executive officer John Chen, the Passport marks the first device since he took over the company and launched his turnaround drive.

In an interview in Singapore, Mr. Chen told The Wall Street Journal today that the Passport will be priced at $599 (U.S.) in the United States. Prices for other countries weren't mentioned.

That's without subsidies from carriers, and it's less than Apple's iPhone 6 and 6 Plus and the latest in the Galaxy line from Samsung.

Mr. Chen told the news organization that the Passport should be priced at about $700, given the costs of its rivals, but that "I figure that to try to get the market interested, we're going to start a little lower than that."

The Passport boasts a square screen, at 4.5 inches, and a keyboard.

According to Mr. Chen, the battery will run for 36 hours.

Mr. Chen boasted about a bigger screen that the Journal said "allows users to view 60 characters on each line, which is substantially more than typical, rectangular smartphones such as iPhones."

Or, as Mr. Chen put it, "you really are seeing a more entire picture than seeing a sliver."

The Journal said the BlackBerry CEO also spoke about his focus on security for smartphones, an issue that takes on added importance by the day amid high-profile hacks and other breaches.

While embattled, BlackBerry, of course, is known for its security.

"The reason why our focus is so enterprise is because what we know how to do is security and productivity," Mr. Chen told the news organization.

"Security, cybersecurity, personal identity production. This is going to be a big deal."

"We have uncovered a serious issue and have responded accordingly," chief executive officer Dave Lewis said in a statement as he disclosed an overstatement of projected half-year profits.

The company said it believes those profits were overstated by some £250-million, or almost $410-million (U.S.).

The Tesco board has also launched an "independent and comprehensive" review, it added.

"Considering all the problems that Tesco is tackling at the moment, with its market share being eaten into, profit margins being squeezed and its competitors starting a price war, poor internal accounting issues were the last of its needs," said market analyst Alastair McCaig of IG in London.

"A downgrade of 23 per cent for its profit forecast is more than a minor issue and has subsequently seen sellers force the share price down by over 8.5 per cent," he added, referring to where the stock stood at one point today.

"The food retailer has now suffered four profit downgrades in a row, and the more cynically-minded investors will be asking how much more than the reported £250-million black hole the investigative accountants might find."

The puck drops
Hockey training camps are open, and exhibition games under way.

All of which means a bump to the economy and part-time employment, says Moody's Analytics.

"The opening of National Hockey League training camps … will be welcomed by a range of Canadian businesses including stadiums, bars and clothing retailers," associate economist Alexander Lowy said in a weekly report on Canada by Moody's Analytics, a sister company to the well-known ratings agency.

"Canada's favourite professional sport often has a measurable impact on economic activity," he said, noting part-time employment as arenas hire, and the boost for food and shelter as "fans gather in bars and restaurants" to take in the games.

In Canada, the total output in sports and performing arts is "particularly tied" to hockey, Mr. Lowy said.

He noted that a three-month moving average of the sector's expansion at the start of the season shows that gross value added – what an individual sector adds to the overall economy – climbs by about 1 per cent in September through November.

"During the 2012 NHL lockout, moreover, GVA in the industry declined 14 per cent, while during the 2014 Sochi Olympics, when NHL games were suspended, GVA dropped by more than 15 per cent," Mr. Lowy said. 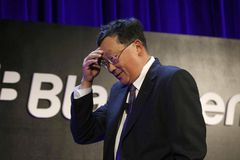