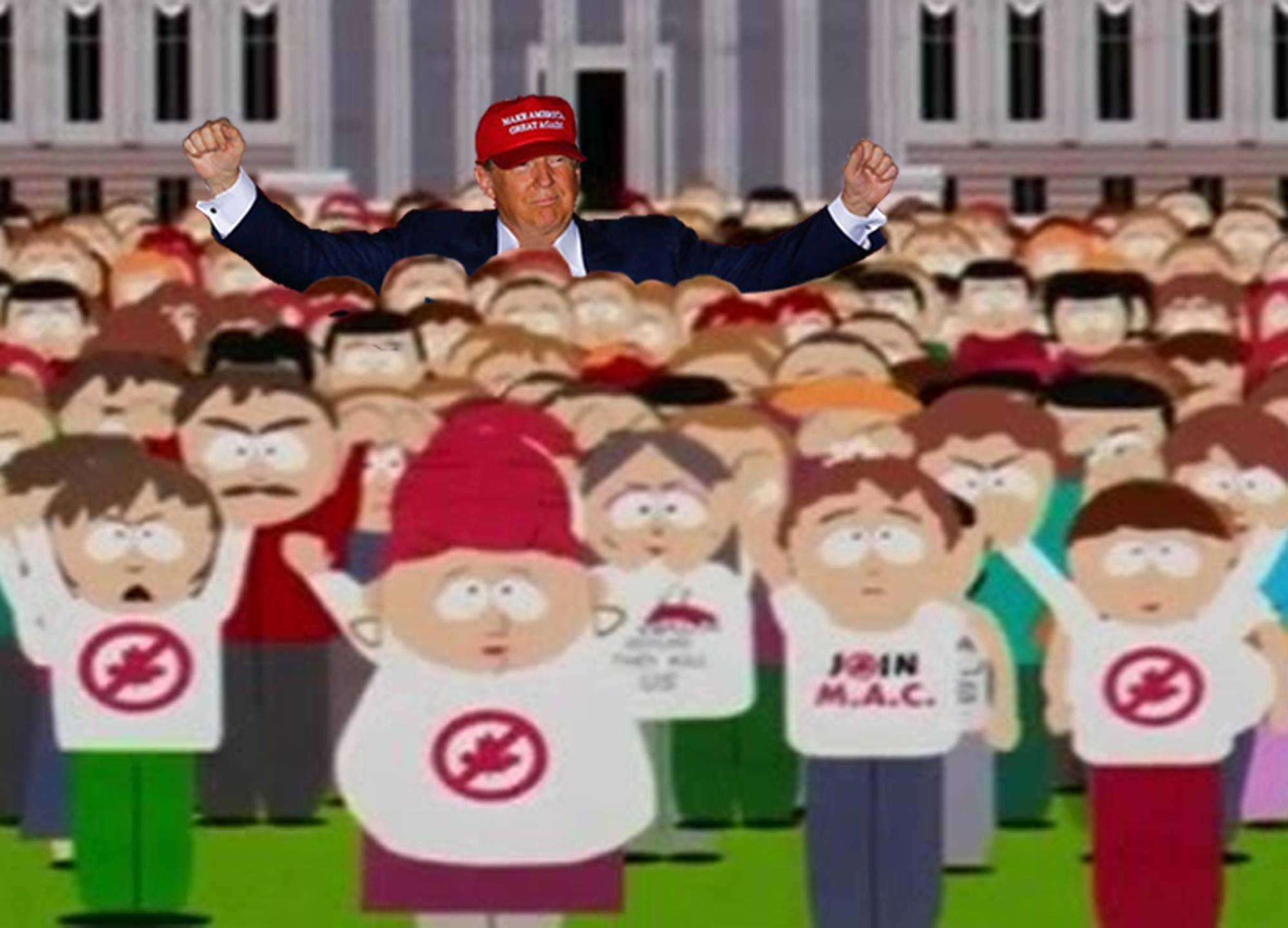 So much for tweaking the relationship.

President Donald Trump is turning his trade guns on Canada, amping up the threats against our dairy, lumber and other industries.

And Canada should be worried, observers warn.

“I think it confirms that no country should get too comfortable in their position,” said Bank of Montreal senior economist Jennifer Lee, referring to Mr. Trump’s attack on Canada Thursday.

“The initial meetings with the president were friendly and amicable, but when the talks begin, that’s when the administration gets serious,” she said.

“Even China, depite the great things President Trump had to say about its president, should not be too comfortable. The campaign rhetoric is now returning in full force.”

As The Globe and Mail’s Adrian Morrow and Susan Krashinsky Robertson report, Mr. Trump said Canada’s dairy rules are a “disgrace,” the North American free-trade agreement is a “disaster,” and Canada won’t be allowed to take advantage of U.S. workers and farmers in the lumber and energy industry.

This came one day after the president, in a speech in Wisconsin, lashed out at Canadian dairy rules. And earlier this week, he ordered enforcement of Buy American provisions.

“Canada has a right to be prudent on lumber, dairy and arbitration panels,” Mr. Katsoras added in an interview, though Canada is not the primary target.

“Since you’re renegotiating, we’re going to be collateral damage.”

There’s a lot Mr. Trump can do without going through Congress, Mr. Katsoras said, and barriers he could erect without even renegotiating NAFTA.

“The problem is the lack of clarity,” Mr. Kirby said.

“In the last few months, virtually all of the U.S. noise on dairy was coming from dairy interests - states and industry associations,” he added.

“That rhetoric was easy to understand. What was interesting was the administration did not talk up the issue of supply management. Then Trump goes to Wisconsin (aka America’s Dairyland) and ‘unfair things’ have been happening that he’s going to put right. Was that politics or policy? I am fairly certain he would have had a hard time being specific about what those ‘unfair things’ might be.”

Mr. Kirby doesn’t think Mr. Trump has actually developed a “considered policy” on dairy trade. While the president clearly pegged it as a NAFTA renegotiation issue in Wisconsin, Canada has known for a while that it would be targeted.

“I don’t think we know anymore now than we did three weeks ago,” Mr. Kirby said.

“My guess is that the U.S. will seek greater access for dairy exports, as did the EU in CETA, and that will be another ‘ask’ in the mix. So, no. I don’t think we’re seeing a policy change - dairy will be on the table.”

Canada’s annual inflation rate eased in March, to 1.6 per cent from February’s 2 per cent.

Consumer prices were driven by higher transportation and shelter costs, while we got a break on food, clothes and shoes.

Transportation, of course, was pushed up by a rise of more than 15 per cent at the gas pump. But take heart, that’s down from 23 per cent in February.

“Inflation isn’t yet a concern for the Bank of Canada, and a soft [consumer price index] reading in March gives them room to continue citing slack in the economy,” Nick Exarhos of CIBC World Markets said of the Statistics Canada inflation report.