That’s not to say that economic growth this year will be robust. Indeed, it’s expected to still fall short of 2 per cent this year.

But as Moody’s Analytics put it, the worst appears to be over.

“Canada’s economy is recovering strongly after a mid-2015 swoon, and tailwinds to growth are accelerating,” said Alexander Lowy, an associate economist at the credit rating agency’s sister company.

“Macroeconomic adjustments are playing out across the economy in response to structural shifts in the global oil market, but economic data suggest that the worst is now in the rearview mirror.”

Alberta, Saskatchewan and Newfoundland and Labrador remain troubled, of course, and unemployment in Canada is elevated. But Moody’s now projects “moderate” economic growth this year, and a “much stronger” showing in 2017.

Indeed, Canada’s economy is “on its most solid footing in the past two years,” Mr. Lowy said.

Economists put out weekly research notes that look at the indicators of the previous few days, and those coming up the following week. The most recent batch highlighted, among other things, last week’s strong report on retail sales, and how the economy looks to have expanded in the first quarter at an annual pace topping 3 per cent.

While much in Canada is tied to oil, the fortunes of the loonie and the impact of stimulus measures from the federal and some provincial governments, the latest research reports bode well. Here’s a sampling: 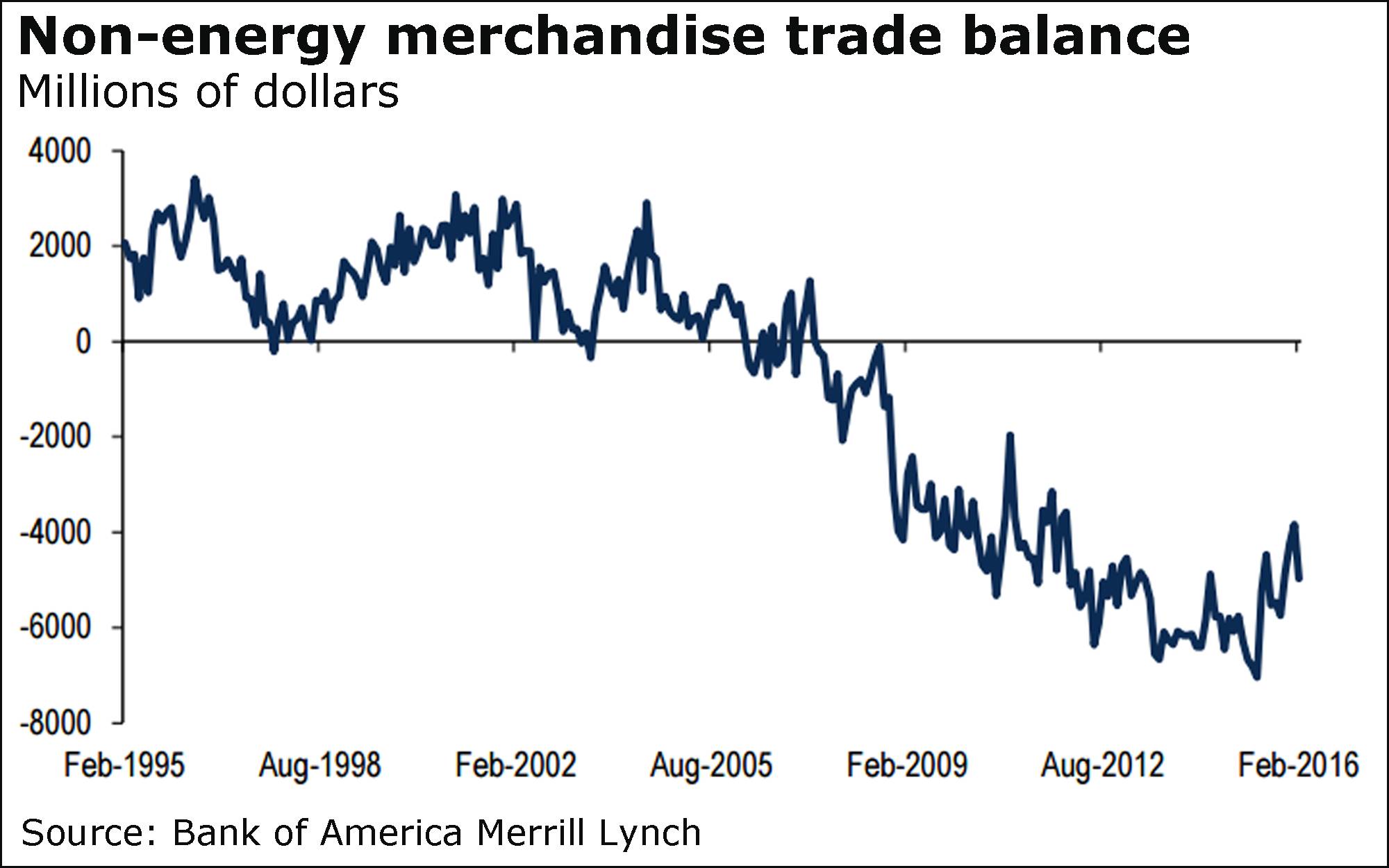 “We’re seeing some very early signs that the [Canadian dollar] depreciation is providing a competitive boost to manufacturers. After over a decade of deteriorating non-energy trade, the trade balance appears to be stabilizing and improving slightly. It’s still early days, but this is an encouraging sign.” Emanuella Enenajor, Bank of America Merrill Lynch

“Stateside, Americans have suddenly developed an aversion to shopping ... What’s remarkable is that, if you cross the border into Canada, retailing has been positively on fire, despite much less support from job creation.” Avery Shenfeld, CIBC World Markets

“The recent oil price rally is a welcome development for beleaguered producers. However, the potential benefit is being partly offset by a corresponding rally in the loonie ... Some support will also come at the provincial level, with many increasing infrastructure spending.” Warren Kirkland, Toronto-Dominion Bank

“For Canada’s open resource-depending economy, higher oil prices, for example, are without a doubt a net positive for the economy. Since the Canadian dollar began to shift higher early this year, oil prices have risen by more than 35 per cent. Accordingly, to the extent that the recent rally by the Canadian dollar reflects higher oil prices, it’s actually a positive sign for the economic outlook.” David Madani, Capital Economics

“Stocks have also been on a roll, with Toronto leading the industrial world gains so far in 2016, the opposite of last year’s story. “ Douglas Porter, BMO Nesbitt Burns

“Canada’s retailers are rubbing their hands ... The weak loonie has not only forced many Canadian cross-border shoppers to do their shopping at home, but it also encouraged Americans to come this side of the border.” Krishen Rangasamy, National Bank Financial

Having said all this, the next economic reading is likely to be a downer.

Economists expect Statistics Canada to report Friday that the economy contracted marginally in February after a super-strong January. 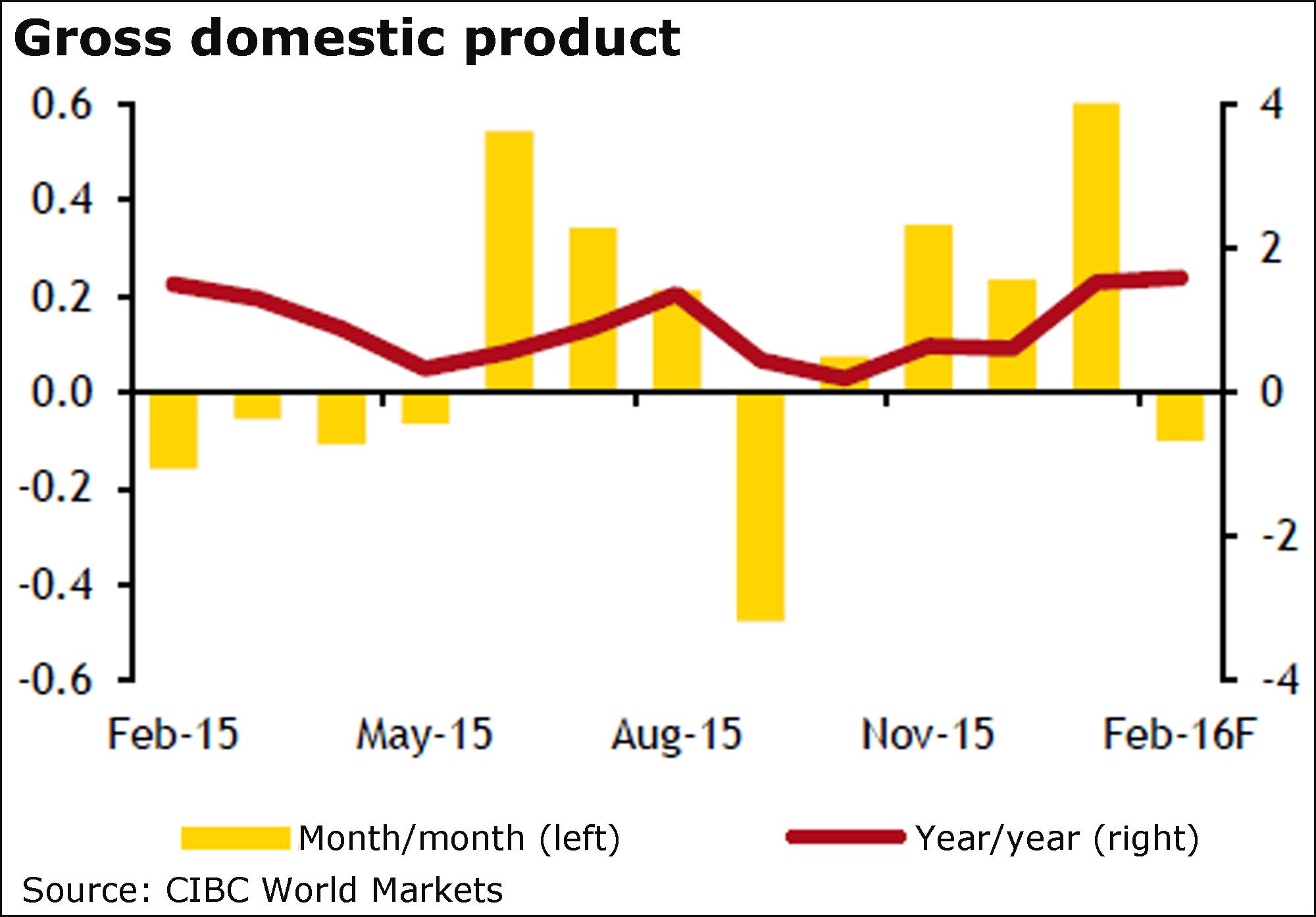 “We’ve been spoiled of late, but February readings have served to temper some of the new-found enthusiasm surrounding the Canadian economy,” said Nick Exarhos of CIBC World markets.

“After a strong December/January, February GDP is likely to give up recent gains,” he added.

“However, we won’t likely give up as much as we would have had shoppers not done some further heavy lifting in February.”

Where the first quarter is concerned, Canada appears to be outpacing the United States, where the next economic reading, on Thursday, is expected to show growth at an annual pace shy of 1 per cent.

Also on tap this week are two key central bank meetings in the U.S. and Japan.

In Washington, the Federal Open Market Committee, the U.S. central bank’s policy-making group, isn’t expected to tinker with its key interest rate. But, as always, investors will be watching for its take on the economy.

“In that regard, in the wake of soft consumer spending and what is likely to be yet another disappointing [first-quarter] GDP outcome (reported the day after the FOMC meeting), we expect the Fed will likely strike a reserved tone in its economic assessment,” said Elsa Lignos, a Royal Bank of Canada senior currency strategist.

This is also a big week for corporate earnings reports.

And, as The Globe and Mail’s Jeff Lewis reports from Calgary, we’ll get a sense of the oil patch from several first-quarter reports that could show, as Moody’s said, that the worst is behind us.

Mr. Papa, who stepped down Sunday as chairman and CEO of Perrigo Co. PLC, will take over as Valeant CEO next month, Valeant said today.

Separately, Perrigo’s board agreed to waive a non-compete restriction on Mr. Papa’s contract regarding any move to a rival company, Reuters reports.

Gannett Co. is stalking Tribune Publishing Co., offering $815-million (U.S.), including debt, for the company that owns the Los Angeles Times and other assets.

Gannett chief executive officer Robert Dickey released a letter today to his Tribune rival saying he was disappointed by the “continued refusal to begin constructive discussions with us.”