These are stories Report on Business is following Tuesday, April 22, 2014.

Middle class gains
Canada's middle class appears to be the richest in a new study of incomes in several big countries.

The in-depth report published today in The New York Times, which looks at about 20 nations, indicates that Canadians have bumped Americans out of the top spot they have long held.

"Middle-class incomes in Canada – substantially behind in 2000 – now appear to be higher than in the United States," the report says.

"Median income in Canada pulled into a tie with median United States income in 2010 and has most likely surpassed it since then," it adds.

The New York Times backs up its findings saying they're based on 35 years of surveys and compiled by LIS, which runs the Luxembourg Income Study Database. The findings were also studied by LIS researchers, along with colleagues at a New York Times website, and outside economists.

The findings show that median per-capita income in Canada, after tax, matched that of the Americans in 2010 at $18,700 (U.S.), However, as the report noted, it has probably increased since.

(As economics professor Anke Kessler of Simon Fraser University pointed out, the current numbers did not take into account countries that have traditionally been ahead of Canada, such as Norway, Switzerland and Luxembourg. Indeed, according to one of the researchers involved in the study, Luxembourg is higher.)

"Because the total bounty produced by the American economy has not been growing substantially faster here in recent decades than in Canada or Western Europe, most American workers are left receiving meagre raises," the New York Times report says.

Douglas Porter of BMO Nesbitt Burns noted that commodity prices, and the Canadian dollar, were strong in 2010, and, of course, the country had an exceptional rebound from the global recession compared to most other countries.

"And, historically, of course, Canada's going to be up there, in any event," he said.

Median income in Canada has climbed by 19.7 per cent since 2000, according to the New York Times report, matching the pace in Britain, ahead of Ireland, the Netherlands, Spain and Germany, and far ahead of the meagre 0.3 per cent in the United States.

Wealthy Americans, of course, still come out on top.

According to BMO's Mr. Porter, the report offers some confirmation of what anecdotal and other evidence have suggested.

"I would attribute some of this divergence to the much deeper recession the U.S. suffered through, especially on the employment front," he said.

"U.S. private sector employment finally recouped its recession losses in March, something Canada had accomplished about three years ago. And, payrolls in both U.S. manufacturing and construction are still down about 2 million jobs each from pre-recession levels, both industries that represent relatively well-paying, middle class jobs. In a nutshell, I believe that some of this weakening in the U.S. middle represents the lingering hangover of the most savage U.S. recession in the post-war era."

On top of that, he added, America's emphasis on "low taxes and low social support" oft means stronger income gains in good economic times, and soft incomes in poor times.

That, of course, masks the vast differences across the country and across income groups.

Deputy chief economist Benjamin Tal of CIBC World Markets cited the widening income gap in the United States over the past 15 years, and, at a slower pace, in Canada, which he believes is a huge issue.

"In my opinion, the widening income gap in the U.S. is the number one economic problem facing the U.S."

Given that, many manufacturers are now targeting the middle class in emerging economies as that group in America is a "shadow of its former self," Mr. Tal added while warning about Canada, as well.

"I do believe that the growing income gap in Canada is an important and a significant problem with real macro economic implications," he said.

"The debate about employment quality and skill mismatch is part of this picture. The fact that we are doing better than the U.S. does not mean that we have to relax about this issue. The opposite is the case."

Doctor, please, some more of these
Shares of many of the world's big pharmaceutical companies climbed today amid a blockbuster deal, a Botox bid and plain old speculation.

The industry shakeup then picked up speed with a three-way deal between Novartis International AG, GlaxoSmithKline PLC and Eli Lilly & Co.

Novartis is buying GSK's cancer drug operations, while selling GSK the bulk of its vaccines unit, though it's keeping the flu portion of that. Together, the two drug giants are also forming a joint venture on the consumer side of the operation.

At the same time, Novartis is selling its animal drug business to Eli Lilly.

"They also improve our financial strength, and are expected to add to our growth rates and margins immediately," he said in a statement.

Other pharmaceutical stocks also gained amid speculation of more deals in an industry that already has seen several, primarily by Valeant, which has grown by leaps and bounds through acquisitions.

The run at Allergan was the big shocker last night.

As The Globe and Mail's Richard Blackwell and Jacquie McNish report, Mr. Ackman's Pershing Square Capital has already grabbed almost 10 per cent of Allergan's shares in advance of a cash-and-stock bid.

Valeant put some numbers to that today, proposing a takeover valued at $48.30 (U.S.) in cash and 0.83 of a share, adding it believes the deal would result in annual savings of at least $2.7-billion.

"This proposal represents an undeniable opportunity to create extraordinary value for both Allergan and Valeant shareholders by establishing an unrivaled platform with leading positions in ophthalmology, dermatology, aesthetics, dental and the emerging markets" said Valeant chief executive officer Michael Pearson.

For his part, Mr. Ackman said in a statement that a merger of the two would mark "the most strategic and value-creating transaction I have ever analyzed."

A deal involving Valeant and Allergan would be an "excellent strategic fit, and a platform for growth," analyst Neil Maruoka of Canaccord Genuity said today.

"We have anticipated that Valeant would complete a 'merger of equals' this year and expect that Valeant will aggressively pursue this transaction," he said in a research note.

Teck cuts back
Teck Resources Ltd. is slashing 600 jobs and deferring the reopening of its Quintette coal mine in British Columbia, The Globe and Mail's Bertrand Marotte reports.

Stung by commodity prices, the company said today it will cut about 5 per cent of its work force through attrition, a hiring freeze and job cuts.

Teck also posted a drop in first-quarter profit to $69-million, or 12 cents a share, from $319-million or 55 cents a year earlier.

"We are pleased with our operating performance in the first quarter, with higher production volumes for our major products," said chief executive officer Don Lindsay.

"However, prices for these commodities were weak, particularly coal, compared to the first quarter of 2013 resulting in lower profits and cash flows than last year. As a result, we are increasing our efforts to reduce our costs and capital spending."

"In the face of such difficult operating conditions, I am particularly proud of the women and men of CP who remained on the job 24/7, to keep the railway operating," said chief executive officer Hunter Harrison.

"Despite a slow start to the year and the reduced capacity which limited our ability to meet strong customer demand, we still have the utmost confidence in our ability to achieve our financial targets for 2014."

Canadian National Railway, meanwhile, posted a jump in profit to $623-million, or 75 cents a share, from $555-million or 65 cents. 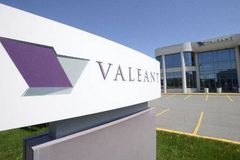 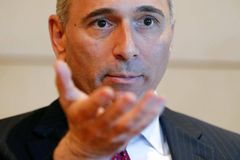