These are stories Report on Business is following Thursday, Sept. 11, 2014.

Loonie sinks
The Canadian dollar tumbled by almost a penny at one point today, amid what Bank of Montreal calls an "amazing race to the bottom" among the world's major currencies.

Today's losses are linked to the latest inflation numbers from China and developments in the oil market, although, as BMO notes, there has been a general shift down for many currencies against the U.S. dollar.

And fresh forecasts call for an even lower Canadian dollar.

A slower-than-expected reading of inflation in China, coupled with a stronger U.S. dollar and the latest projections for weaker crude demand, started the rout, which then gathered momentum later in the day.

Observers expect the loonie to lose even more over the next several months, which would be good news for the country's exporters.

And, presumably, for the Bank of Canada, which is counting on an export rebound.

Yesterday, for example, Capital Economics forecast that the Canadian currency will end the year at 89 cents, and next year at 86 cents.

Also yesterday, BMO forecast that the loonie, which has lost about 6 per cent over the last year, will sink to 88 cents in 2015.

Just today, chief economist Craig Wright of Royal Bank of Canada predicted an 87-cent loonie this year, with further erosion to 85 cents next year as the U.S. dollar gains and interest rates start to climb.

Of late, noted BMO's chief economist, Douglas Porter, the Canadian dollar has weakened on a stronger U.S. currency and the decline in oil prices.

But this, he said in a report titled "Amazing race to the bottom," has come as other currencies also depreciate, many at a far faster pace.

They include South Africa's rand, the Aussie dollar, the Brazilian real, the yen, the Swiss franc, the pound, the euro, the Swedish krona and New Zealand's currency.

"There has been an intense focus on the recent slide in the U.K. pound ahead of next week's razor-close vote on Scotland's independence," Mr. Porter said.

"But its drop has been equaled by the euro, amid darkening economic skies and a more aggressive ECB," he added, referring to the European Central Bank, which just last week slashed interest rates again.

"Note that despite all the concerns over the euro and pound, they're not even the weakest currencies since midyear. Sweden was hit by a surprise 50-basis-point rate cut in the summer, and New Zealand is even weaker, due to falling dairy prices and ebbing rate-hike expectations."

Having said all this, that's how the loonie has been doing against the U.S. dollar.

Chief economist David Rosenberg of Gluskin Sheff + Associates noted today that the currency has climbed against other money.

"In fact, the trade-weight Canadian dollar excluding the U.S. dollar is up 0.8 per cent so far in September and has risen more than 6 per cent from the recent trough on March 19 – and recently it hit its highest level since last November," he said.

Canada unveils EI credit
The Canadian government moved today to spur hiring among small businesses by cutting the amount they pay under the country's employment insurance program for two years.

The "small business job credit" unveiled in Toronto by Finance Minister Joe Oliver will start next January via an automatic credit through the Canada Revenue Agency, The Globe and Mail's Bill Curry reports.

"It's not a sign of worry," Mr. Oliver said. "It's a sign of confidence that we're continuing on the right path."

The government estimates the credit will save small businesses more than $550-million over the next two years.

Canada's labour market has stagnated, with an overall loss of 11,000 jobs last month and a hit to the private sector of a record 111,800 positions as the ranks of the self-employed grew.

The country's unemployment rate is high, at 7 per cent, though better than many other countries in the post-crisis era.

It is expected to fall, though not by much, and the national rate masks the divergence in the country.

Royal Bank of Canada, for example, forecast today that unemployment will range from a low of 3.8 per cent in Saskatchewan this year to 4.5 per cent in Alberta, 6.1 per cent in British Columbia, 7.4 per cent in Ontario, and between 7.8 per cent and 12.3 per cent everywhere east of there.

That second-quarter profit was better than analysts had forecast, The Globe and Mail's Marina Strauss reports.

Even more, Lululemon painted a stronger outlook for the year, calling for revenue of $1.78-billion to $1.8-billion and earnings per share of $1.51 to $1.56. While its revenue projection is almost the same as its last report, its previous earnings forecast was slightly lower, at $1.50 to $1.55.

It also expects revenue of between $420-million and $425-million, and earnings per share of 36 cents to 38 cents, for the third quarter.

"While there is still much to be done, we are making meaningful progress on building a scalable foundation for our next phase of global growth," said chief executive officer Laurent Potdevin.

Banks up the ante
The stakes in the Scottish independence vote rose ever higher today as major banks threatened to relocate.

Royal Bank of Scotland, for example, said in a statement it has been planning for what could happen in the wake of a "Yes" vote next week, and believes "it would be necessary to re-domicile the bank's holding company and its primary rated operating entity … to England."

That, it added, would have no impact on day-to-day banking services.

"Scotland has been RBS's home since 1727," it said. "RBS intends to retain a significant level of its operations and employment in Scotland to support its customers there and the activities of the whole bank."

Lloyds Banking Group PLC said much the same thing yesterday, and some others followed suit.

Britain's pound perked up somewhat today as the latest poll put the "No" camp back in the lead.

"This change may suggest that some of those undecided voters have not been convinced by the lack of guarantees that the independence campaign offers, with the future currency, central bank, monarchy and membership in Europe up in the air," said Craig Erlam of Alpari in London.

"Without assurances on any of these, I can't see the majority voting for independence and I expect the vote to gap to widen on the voting before next week. Announcements by RBS and Lloyds that they would move their head offices to London if Scotland votes for independence, as well as yesterday's plea and offering from the U.K. government to the Scottish people to remain a part of the union, is also likely to have swayed some people." 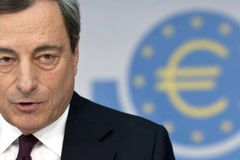