The Canadian government and many of the provinces are already “offside” from the economic growth projections in their budgets, BMO Nesbitt Burns calculates.

BMO has cut its forecast for economic growth this year to just 1.5 per cent.

That’s half a percentage point below the projection in the federal budget, which in turn was based on the view of private economists. 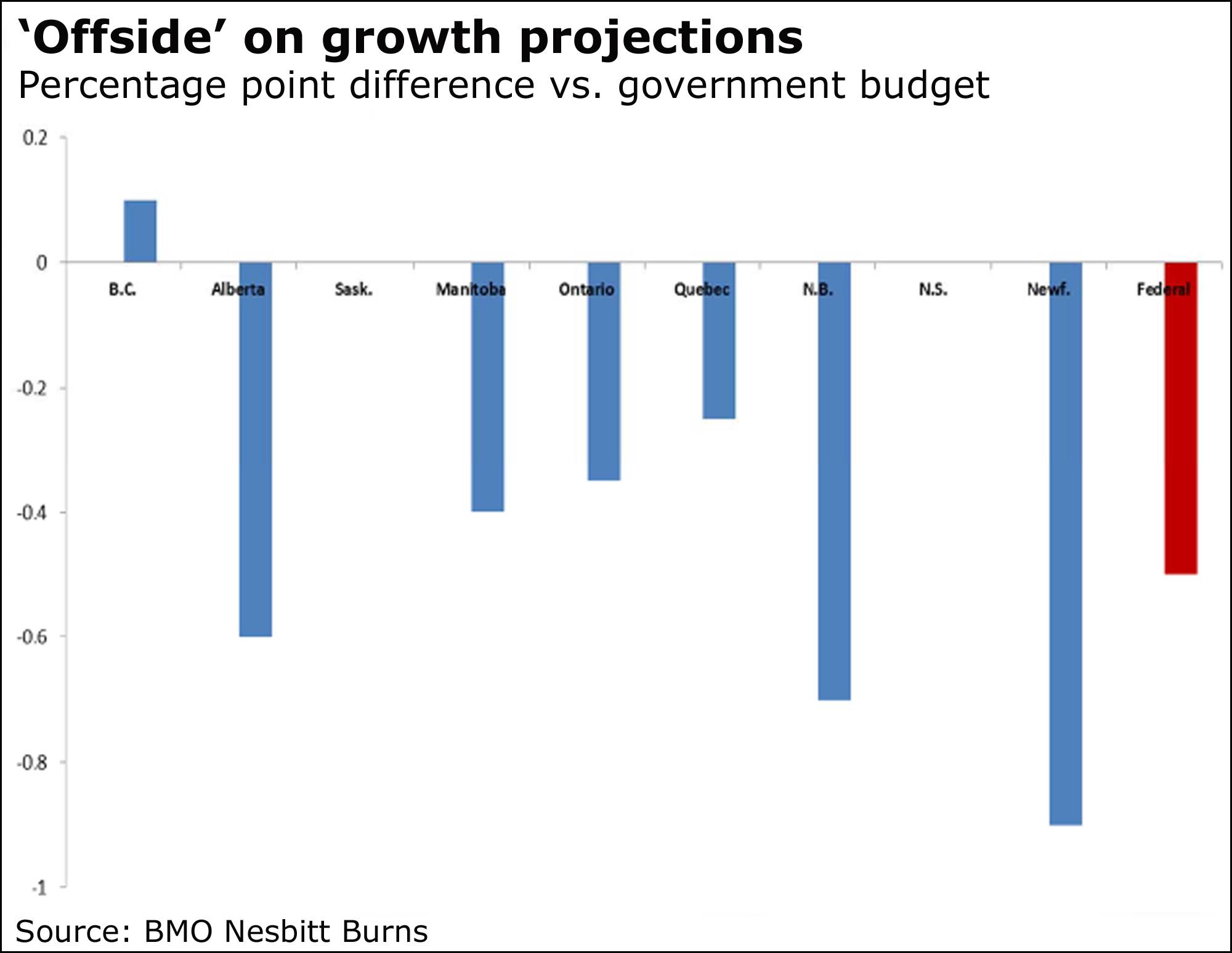 “Only British Columbia, which has a history of conservative budget forecasts, is still tracking ahead of expectations tabled just a few months ago,” he added.

What that means, Mr. Kavcic added in an interview, is that some governments face the threat of lower-than-expected revenue.

But those are projections for growth in real gross domestic product, he said. Nominal GDP is actually “behaving better” given the rally in oil prices, so real GDP, which is adjusted for price changes, likely exaggerates the damage to revenue forecasts.

Indeed, it won’t be so bad if nominal GDP growth, which is down about one-tenth of a percentage point, holds up because Ottawa’s contingency would cover it off.

Mr. Kavcic isn’t alone, by the way. As The Globe and Mail’s Brian Milner reports, the Organization for Economic Co-operation and Development has also trimmed its forecast for Canadian growth this year to just about 1.5 per cent.

And Royal Bank of Canada is a bit more optimistic than that, projecting 1.8 per cent.

What Greece is really saying to the IMF

"I'll gladly pay you Tuesday. Or maybe the end of the month. Or whenever."

Greece is sending its usual ripples through the markets, delaying a €300-million payment to the International Monetary Fund.

Its decision to lump various payments into one, worth €1.6-billion, at the end of June is allowed, but it does raise questions about the day of reckoning.

“Still struggling to convince its creditors that its reform plans are even credible, the debt-laden country is now bundling four payments due this month into one. We now have a new deadline to look towards - June 30 - so we can expect the choppiness in this market to continue.”

Acronym of the day

Now there’s the kind of jobs report that you want to see. With a couple of exceptions.

Canada’s economy churned out a far better-than-expected 59,000 jobs in May, and largely in the private sector, at that, The Globe and Mail’s Tavia Grant reports.

The stubborn unemployment rate, however, held steady at 6.8 per cent, where it has stood for four months in a row. 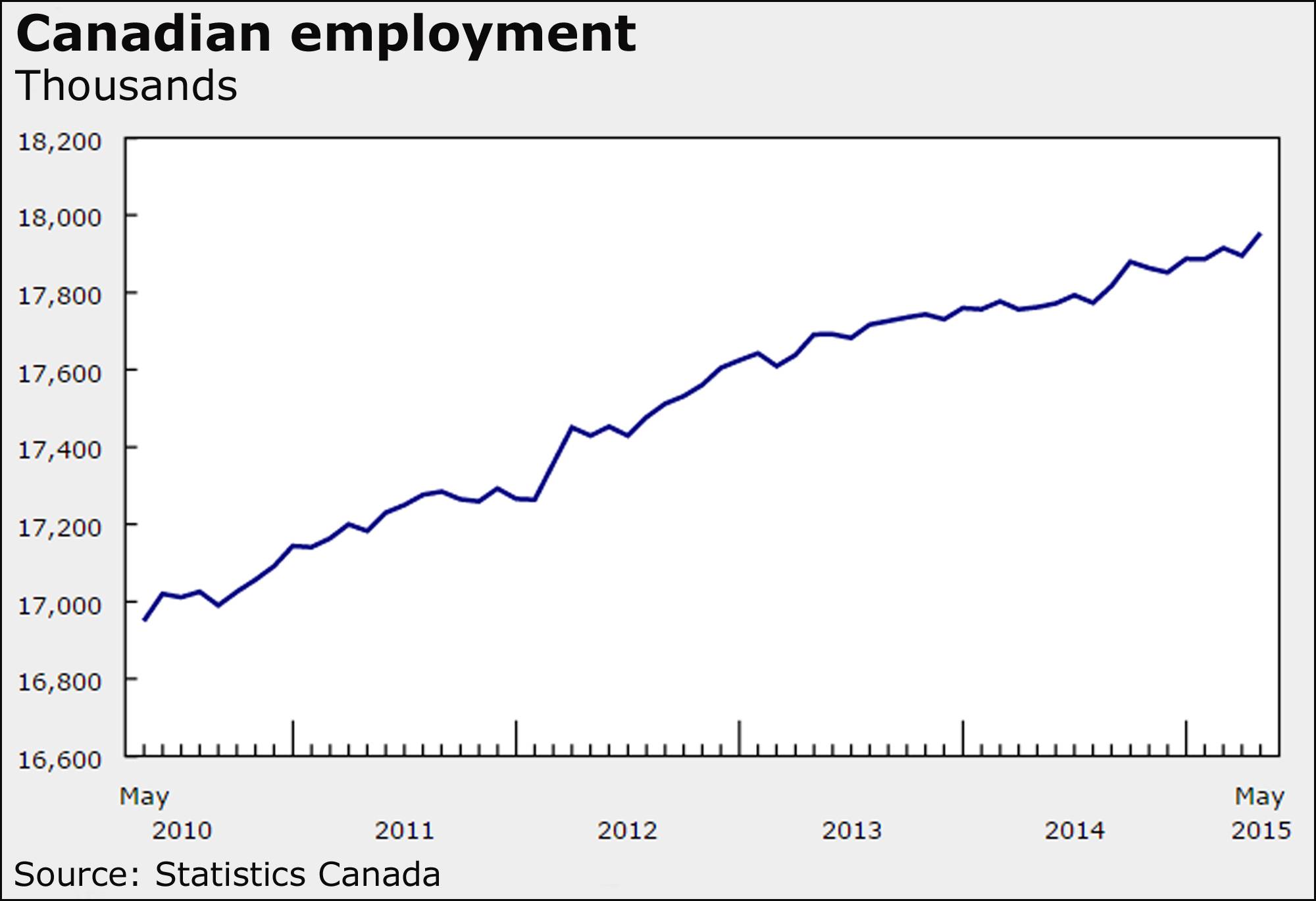 Employment is now up 1.1 per cent, or by 192,000 jobs, over the course of a year, Statistics Canada said today, primarily because of full-time jobs, another stronger sign.

“Gains in the private sector are encouraging, as is the rise in full-time employment (which extends an earlier trend),” said senior economist Krishen Rangasamy of National Bank.

“The goods sector is also holding firm with increases in factory employment, although construction jobs continue to be cut, probably linked to weakness in the oil patch.”

The jobless rate is still high, and governments slashed 19,000 jobs. And Alberta's jobless rate rose to 5.8 per cent.

OPEC is keeping up the pressure.

The Organization of Petroleum Exporting Countries decided at its meeting in Vienna today to hold output levels where they are for six months.

That was expected as the group, pushed by Saudi Arabia, sticks to its policy of not supporting prices via production cuts.

“Iraq is likely to see more production coming on line in the months ahead due to investment and development by private sector market participants,” they said today, noting that the group is already topping the target, at an estimated 31.5 million barrels a day.

“Iran is hoping that an end to its oil embargo will allow it to get more oil to market and thus justify ramping up production,” they added.

“Saudi Arabia is producing more oil than usual to fund its participation in various geopolitical contests. Libya is hoping that unplanned closures due to its own civil strife will allow sizable dormant oil resources to come back on line in the months ahead.”

Only in Canada, eh? Actually, it's on Nasdaq

I’m enjoying a nice, hot cup of coffee as I write this, but I will acknowledge all the tea drinkers out there.

And the growth of DavidsTea Inc., which sprang from a one-shop operation in downtown Toronto seven years ago and now boasts several outlets.

DAVIDsTEA, as it likes to be called, made its debut on Nasdaq today under the symbol DTEA, having priced its initial public offering of 5.1 million shares at $19 (U.S.) each late yesterday. The stock spiked today.

The tea shop operates throughout Canada and the United States, and now offers more than 150 blends.

“Because it’s healthy, delicious and fun,” the company says on its website. 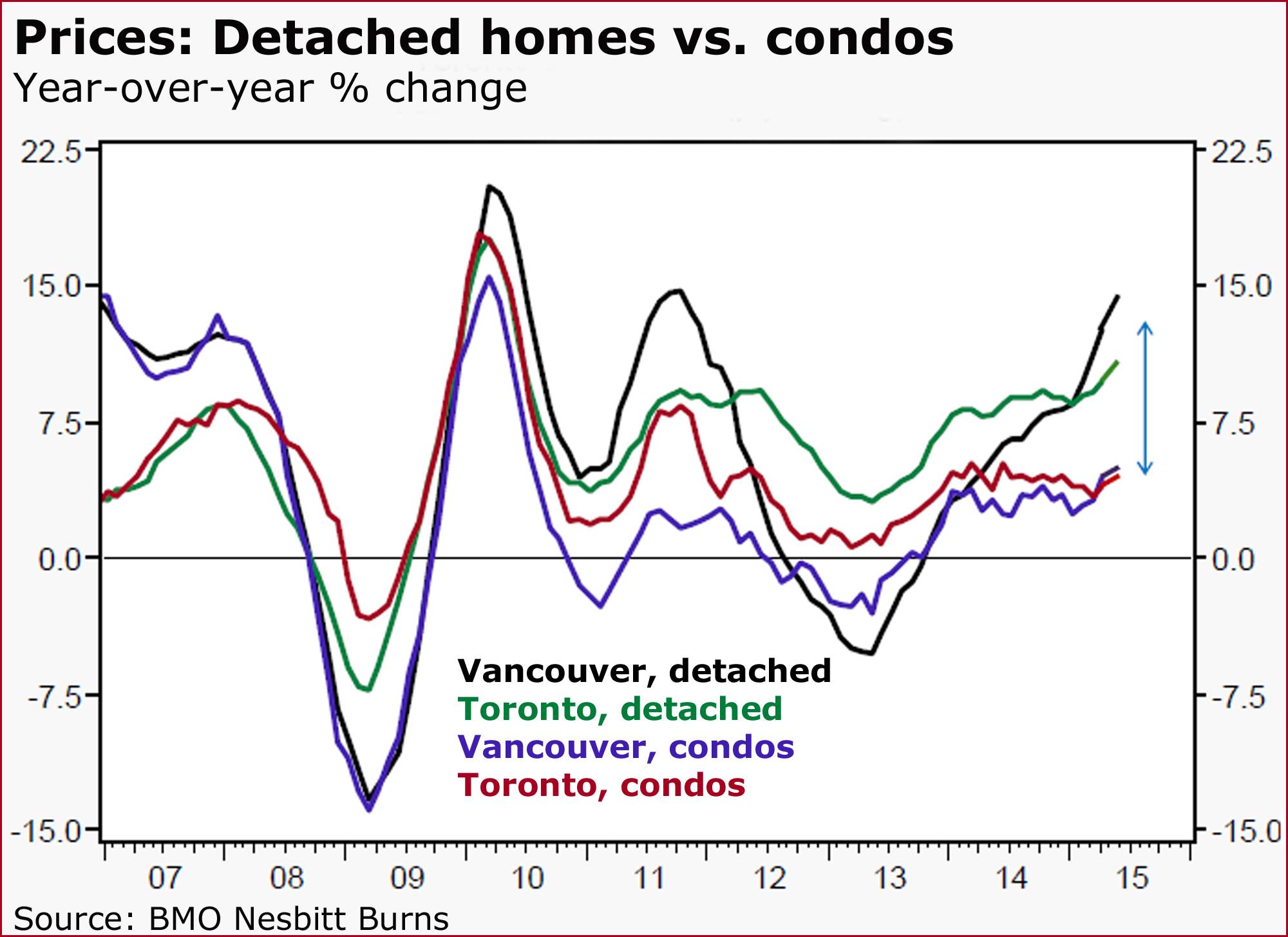 Metric bundles of asphalt roofing shingles produced in Canada in April, down 4.4% on year

“The revamped CGI aesthetic, comedic elements and high-tech motifs will certainly appeal to this generation's tech-savvy preschoolers, as well as their parents.”DHX Television, on the TV show Teletubbies

Video: Is an all-robot factory good or bad?