Moody’s Investors Service is hardly alone, joining others such as the Bank of Canada and the International Monetary Fund that have flagged concerns over record debt levels and surging home prices in Vancouver, Toronto and their surrounding regions.

But in its latest report this week, Moody’s breaks it down into the good and the bad.

The good: As The Globe and Mail’s David Berman writes, Moody’s says Canada’s big banks could suffer a “mortgage loan shock without catastrophic losses.” (Comforting to know they wouldn’t be catastrophic, right?)

The bad: Household debt levels are swelling amid ever-rising home prices, illustrating “conditions similar to those in the U.S. prior to the financial crisis.”

But don’t misunderstand this, either: Moody’s is anxious as everyone else when it comes to record Canadian debt levels.

“Canadian mortgage debt outstanding has more than doubled in the past 10 years,” Moody’s assistant vice-president Jason Mercer said in the report.

“Over the same period, the index of house prices to disposable income has increased 25 per cent, faster than in comparable OECD countries,” he added.

“Overall household debt levels have tracked closely with this increase, raising our concern around overvaluation and overextended borrowers.”

Here are some of Mr. Mercer’s other points:

Delinquency rates are low, between 0.3 and 0.4 per cent of the total outstanding over the past two decades.

There’s a but here. While not catastrophic, banks aren’t immune to losses: “Highly indebted consumers are more sensitive to employment or interest rate shocks. ... Any resulting spike in defaults could exacerbate price corrections from foreclosure sales.

Mortgage debt, including home equity lines of credit, stood at almost $1.6-trillion in the first quarter, or more than double that of a decade ago.

The rise in household debt has closely mirrored that of home price increases, but incomes haven’t kept up.

Subprime mortgage debt accounts for only about 5 per cent of the total, and credit that’s near prime also 5 per cent.

About one-third of mortgages carry variable rates with fixed payments. That means that when rates rise, more goes to paying the interest rather than the principal.

Separately, BMO Nesbitt Burns took a look at Vancouver’s housing market, finding that the exceptional heat there is not unprecedented. 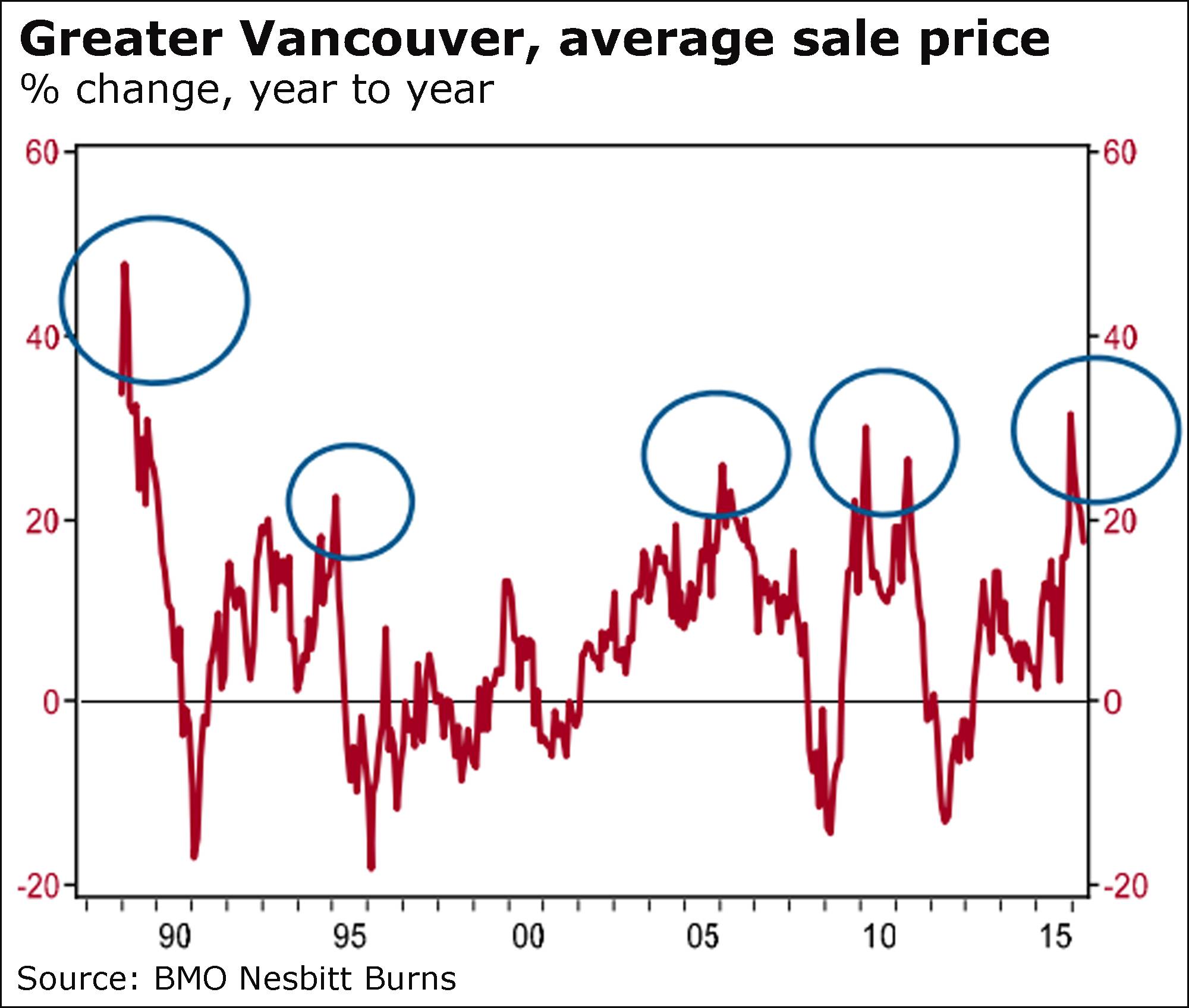 “In fact, today’s parabolic prices actually pale in comparison with those of the late 1980s.”

And, he added, there wasn’t much lasting damage from downturns of the past.

“However, if speculation is padding demand today and results in overbuilding, then a correction could be more painful than in the past,” Mr. Guatieri warned.

CatastrophicDisastrous. Calamitous. Fatal. (But we can tolerate anything less.)

The railway said today it now expects revenue to slide by 12 per cent from a year earlier, while diluted earnings per share will come in at about $2.

“CP will continue to focus on controlling costs in a difficult environment,” chief executive officer Hunter Harris said in a statement.

“While we acknowledge the environment remains challenging, additional cost reduction opportunities and the potential for stronger volumes in the back half of the year still lead us to believe that achieving double-digit EPS growth in 2016 is a possibility.”

The proposed expansion of the Canada Pension Plan represents a significant threat to a business sector that is trying to cope with the fallout from a still-shaky economy, top business lobby groups say.

“The announced agreement to expand the CPP will basically be a form of payroll tax which, when it is in full force, will put further financial strain on Canada’s already struggling businesses and on the middle class,” said Perrin Beatty, chief executive of the Canadian Chamber of Commerce, The Globe and Mail’s Bertrand Marotte reports.