So much so that Bank of Montreal’s chief economist may have said it best: “Your home made more than you did last year.”

Douglas Porter was referring to the latest report from the Canadian Real Estate Association, which said national sales dipped 0.9 per cent in June from May, but climbed 5.2 per cent from a year earlier.

The MLS home price index, deemed the best measure, surged 13.6 per cent from a year earlier to $564,700. That number doesn’t actually mean all that much given the huge differences in prices across local markets.

The average sale price rose 11.2 per cent in the same period. But if you strip out the Toronto and Vancouver areas, that dips to 8.4 per cent, still not a bad showing.

Actually, on a month-to-month basis, sales slipped in those two cities. Not prices, though.

“While home sales activity and price growth are running strong in B.C. and Ontario, they remain subdued in other markets where home buyers are cautious and uncertain about the outlook for their local economy,” said CREA president Cliff Iverson.

Another measure of the market is inventory, or the number of months it takes to sell out.

By the end of last month, CREA said, that stood at 4.6 months, the same as in May and the lowest in about six years.

“Instead of unleashing a string of superlatives about how extraordinarily strong Vancouver and Toronto home prices remain, consider this single statistic from the Canadian June home sales results today: The average price for a resale home in Canada rose to $503,301 last month,” said BMO’s Mr. Porter.

“In contrast, average weekly earnings among all industries, including overtime, over the past year were $953.16. That translates into annual pay of $49,565. In otherj words, for the typical Canadian, your home made more than you did last year. And that pile of bricks (or lumber, or plaster, or glass) just sat there, while you had to grind it out every weekday and maybe more.”

The Vancouver and Toronto markets are a huge issue in Canada, where governments are trying to deal with it and the Bank of Canada is clearly troubled.

Economists don’t see a meltdown in the works but they do worry that lower-for-longer interest rates will fan the flames.

“With supply in the two hot markets extremely tight, rock-bottom interest rates likely to stay on hold for an extended period, and other policy makers only now beginning to test the water, prices may push even higher through the rest of this year,” said Mr. Porter.

“Looking further out, the recent sharp acceleration in prices raises the risk of an ultimate hard landing.”

Brexit, too, may add fuel to the fire given the impact on interest rates, among other things.

“Canada real estate has become somewhat of a safe haven, and money flowing out of the U.K. may find its way into Canadian real estate markets,” said Toronto-Dominion Bank economist Diana Petramala, though she added that Vancouver appears to have peaked. 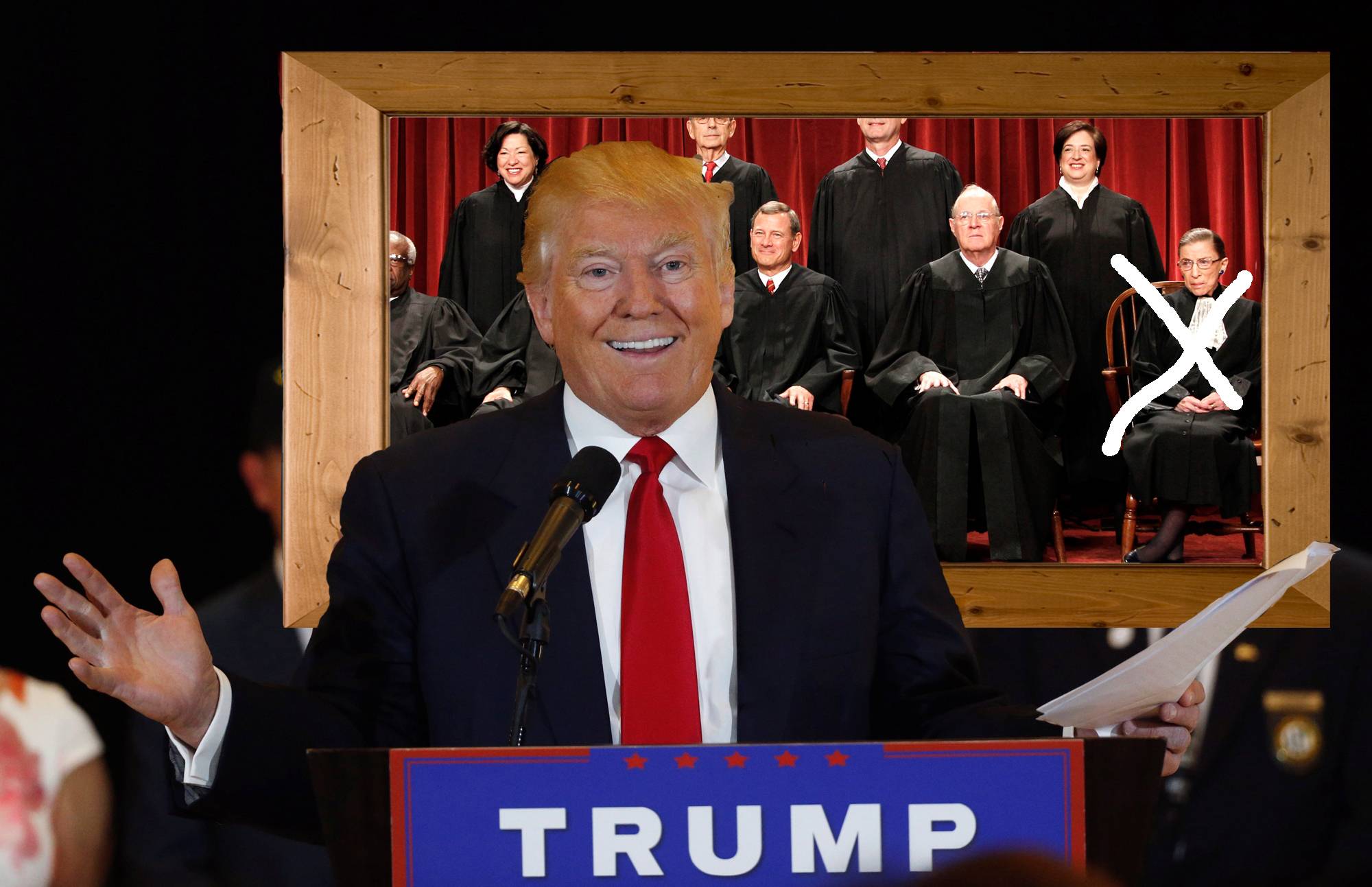 Among the findings in a new midyear check-in on Canada’s economy is this nugget: Canadians are being squeezed.

And that’s going to eat into consumer spending at a time when the country can least afford it.

“The consumer faces the double headwinds of a languid jobs market and inflation that remains elevated due to rising import prices,” Merrill Lynch said in the report.

“The resultant squeeze in real incomes should keep real household consumption rising by only 2.1 per cent this year and 1.9 per cent next.”

Emanuella Enenajor, Merrill Lynch’s North American economist, was referring to the jump in import prices caused by the drop in the Canadian dollar. 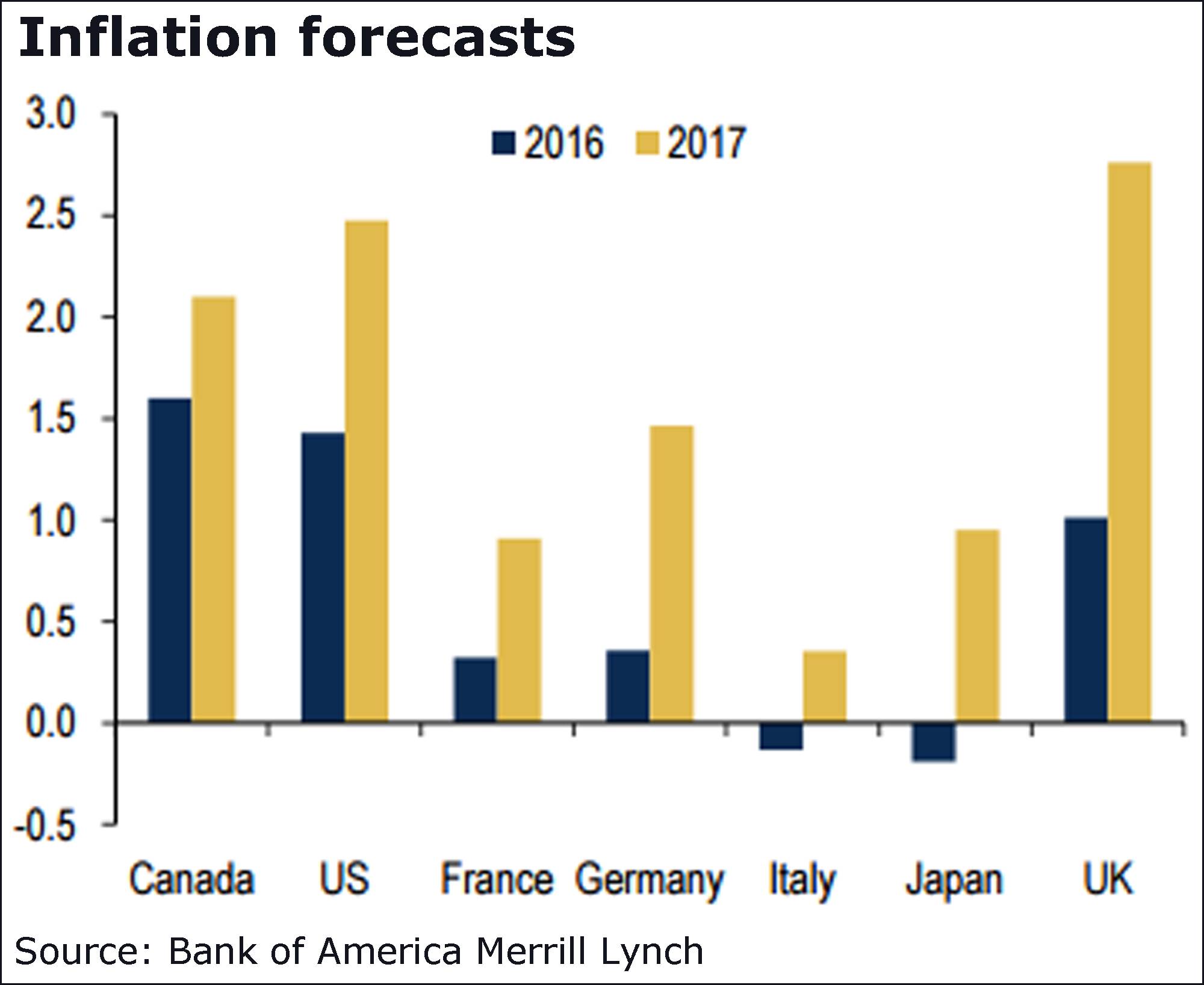 While currency depreciation is a bonus for exporters, the consumer ends up paying the cost on the other side. Which in Canada, of course, we’ve seen in the rise in prices for fresh vegetables and fruit, among other things.

And on that note, the Merrill Lynch folks expect the loonie to sink further, ending the year at just above 74 cents (U.S.).

As other observers warn, consumer spending could also be hit by the huge buildup in borrowing. Or, as Paul Ashworth of Capital Economics put it, the fact that “households are up to their eyeballs in debt.”

As we saw earlier this week, Bank of Canada Governor Stephen Poloz is also worried about household debt, warning about the rise in costs, and thus mortgages, in the Vancouver and Toronto housing markets.

“The economy is being supported by the strength of housing investment, but who knows how much longer that will last when housing already looks grotesquely overvalued in Toronto and Vancouver,” Mr. Ashworth said.

There are many things going on here: Food prices have eased, and the oil shock is holding down energy costs. But ...

“Looking at the breakdown for May, sizable gains in clothing and transportation prices were partly offset by a drop-back in food prices,” Mr. Ashworth said.

“This ‘pass-through’ effect is not as strong as last year, but is still present in the data, leaving inflation to average 1.6 per cent this year and 2.1 per cent next, above many of Canada’s G7 peers.”

Sales fell 1 per cent in May, according to Statistics Canada, pulled lower by autos, oil and coal shipments.

Sales dropped in 15 of 21 industries, accounting for 70 per cent of overall manufacturing.

“Firms aren’t in a rush to invest, and with another weak print in manufacturing for May, it isn’t hard to see why,” said Nick Exarhos of Canadian Imperial Bank of Commerce.

China’s economy is holding its own. If you believe the numbers.

The official report from Beijing shows gross domestic product expanded 6.7 per cent in the second quarter from a year earlier.

And as always, economists are questioning those figures and have their own outlook.

“While China is almost certainly expanding at a slower rate that its GDP data suggest, rapid state sector investment does appear to have kept growth broadly stable last quarter,” Daniel Martin and Mark Williams of Capital Economics said in a research note.

They believe the economy grew by just 4.5 per cent in the quarter, and the numbers should be eyed cautiously, given the “political nature” of the data and pressure to meet official targets of 6.5 to 7 per cent.

But, they added, there’s no near-term threat to the economy.

“In fact, with credit still expanding rapidly, we still think growth is more likely to accelerate than slow in the next few quarters,” the economists said.

“However, as worries about the outlook have diminished, so has the likelihood of further stimulus,” they added.

“Any turnaround would therefore be short-lived and, with structural issues still unresolved, a renewed slowdown over the next couple of years is looking increasingly likely.”