Esquire waded into the Canadian election campaign today, with some choice comments on the party leaders, notably on Stephen Harper, who the magazine calls an “aspiring oil sheikh”

It’s a cute piece by Charles P. Pierce, who writes about how the interior of the Parliament buildings “looks like a castle” and makes the CBC feed “look like one of those News From The Middle Ages things that CBS used to run on Saturday mornings.”

As Mr. Pierce sees it, Mr. Harper’s main opponent appears to be Liberal Justin Trudeau - of “those Trudeaus” - and he doesn’t say much about the New Democratic Party other than to point out the NDP pledge to improve First Nations Schools. And, oh, yeah, how the NDP has “swerved into a ditch” recently.

Having said that, he does give another nod to both the NDP and the Liberals, the latter on infrastructure and drinking water. And he bemoans the fact that this hasn’t been an issue in American presidential politics since the days of Bobby Kennedy.

Here’s how he describes the Oct. 19 election:

“It’s very much a referendum on aspiring oil sheikh Stephen Harper ... Apparently, Harper loves the way, say, the Qataris do their oil business, but doesn’t think that much of their religion. A Christian oil sheikh, just as Jesus intended.”

And I love this bit: “Harper, of course, having learned all the wrong lessons from the Bush-Cheney-Halliburton years, has been going to Trump University this time around, making a national issue of any Canadian civil servant who wants to wear a niqab.”

The Great Wall of ... Ontario

Encana Corp. has struck a deal to sell a Colorado property to a group led by the investment arm of the Canada Pension Plan for $900-million (U.S.).

The Canada Pension Plan Investment Board will hold 95 per cent of a new concern, and The Broe Group the remaining 5 per cent.

The deal is for the Denver Julesburg Basin assets, tens of thousands of acres that in the first half of this year churned out an average 52 million cubic feet of natural gas a day and 14,800 barrels of crude and natural gas liquids.

There are fears in Europe today that its growth engine is running out of steam.

Concerns about Germany grew amid fresh numbers showing a drop of more than 5 per cent in exports in August from a month earlier, and a new report from forecasters who cut their growth outlook for the year to 1.8 per cent from an earlier 2.1 per cent.

“The slowdown in China, which stands for 10 per cent of German exports, is dangerously creeping in,” said Ms. Ozkardeskaya.

“[The] rising euro is also pulling away some support from German products in terms of price competitiveness. At a time when German companies are also suffering from reputational risk following the Volkswagen scandal.”

The fight between Anheuser-Busch InBev and SABMiller PLC is anything but a friendly chat over a pint of beer.

So today, the owner of the Budweiser brand fired back with a plea to SABMiller shareholders.

“If shareholders agree that we should be in proper discussions, they should voice their views and should not allow the board of SABMiller to frustrate this process and let this opportunity slip away.”

The mayors of Canada’s major cities are warning Ottawa about a looming housing affordability crisis, and they want the issue front and centre as the federal election campaign nears its end.

Their point is threefold: Canada’s population is aging fast, federal money for social housing is disappearing, and many families are scrambling to find affordable homes.

The latter is an issue all too familiar to Vancouver Mayor Gregor Robertson, who chairs the Big City Mayors Caucus of the Federation of Canadian Municipalities (FCM), which rang the alarm bells this week after a meeting in Montreal.

Home prices in Vancouver and Toronto have surged to levels unattainable for many potential buyers.

“The federal government needs to remain a committed partner for our cities instead of walking away from the table,” Mr. Robertson said in a statement.

“Working together we can offer relief to our growing population of seniors and to hard-working Canadian families who struggle to find affordable housing.”

The group noted that the number of seniors across Canada will double to more than 10 million in the next two decades, and that federal money for social housing will decline to “nearly zero” from $1.6-billion now. 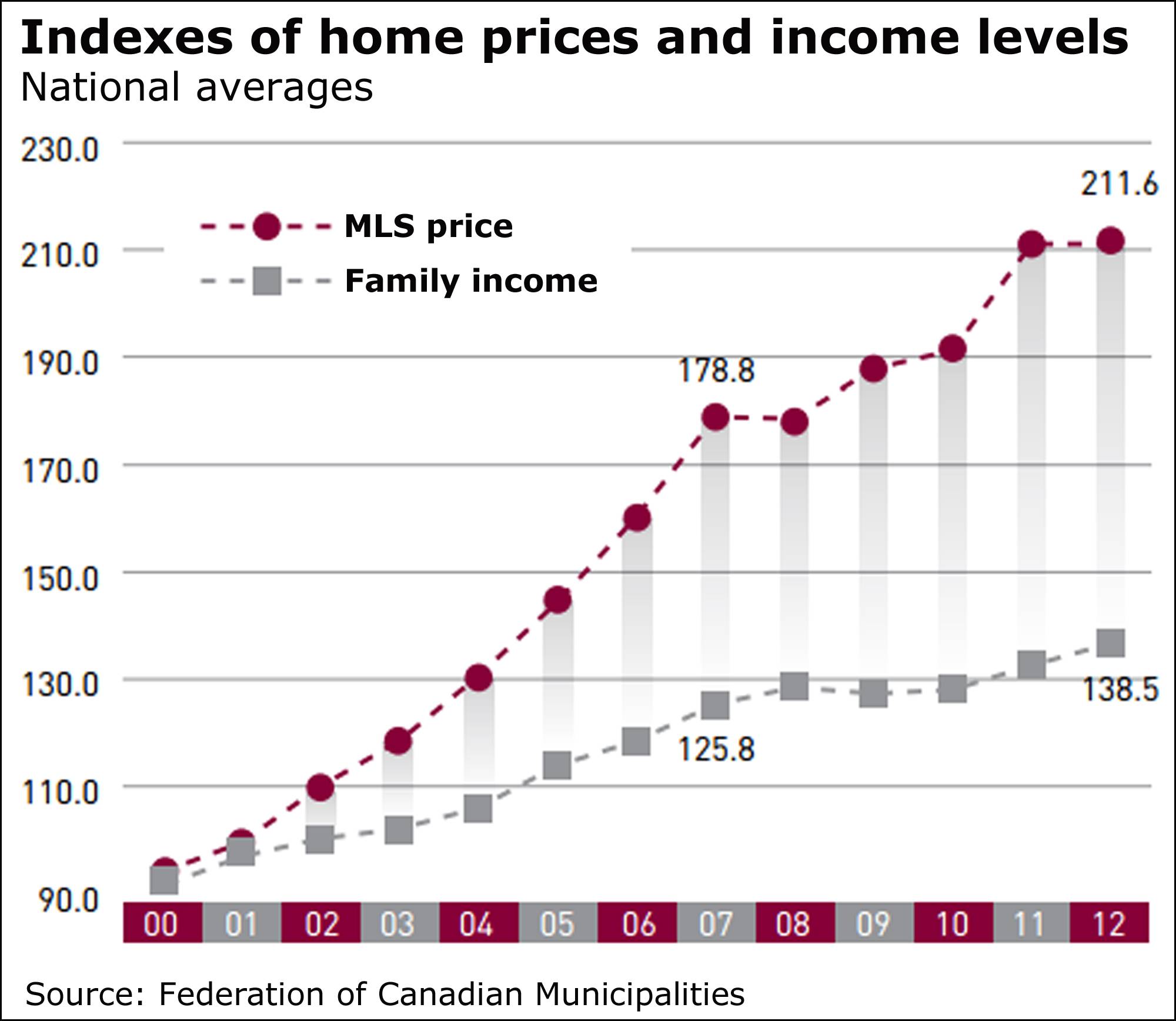 A recent report from the FCM also warned that the cost of buying a home has climbed markedly, shutting out young families and people just entering the work force, among others.

“For more than two-thirds of Canadians, a rising rate of ownership, along with gains in the value of their homes, has created a sound financial asset, enabling many to build their net wealth,” the group said.

“Not all have shared in these gains, of course. There is evidence to suggest that access to ownership is now being constrained, and that Canadian homes are, in general, overvalued.”

Video: Who's winning and who's losing (besides gamblers) in the betting game