Are you feeling it?

It may not feel like it at the moment given our oil and broader economic woes, but Canadians have been growing richer at a notable pace.

In fact, new research suggests, the proportion of the Canadian population deemed high-income has been rising at a rate that is among the fastest in the world.

Which also means Canada’s middle class is shrinking, according to the recent Pew Research Center study of 111 countries.

Canada ranked seventh of countries that boasted the fastest growth in high-income earners from 2001 to 2011, well ahead of certain other developed countries though far behind a handful including Norway, Denmark and Luxembourg. 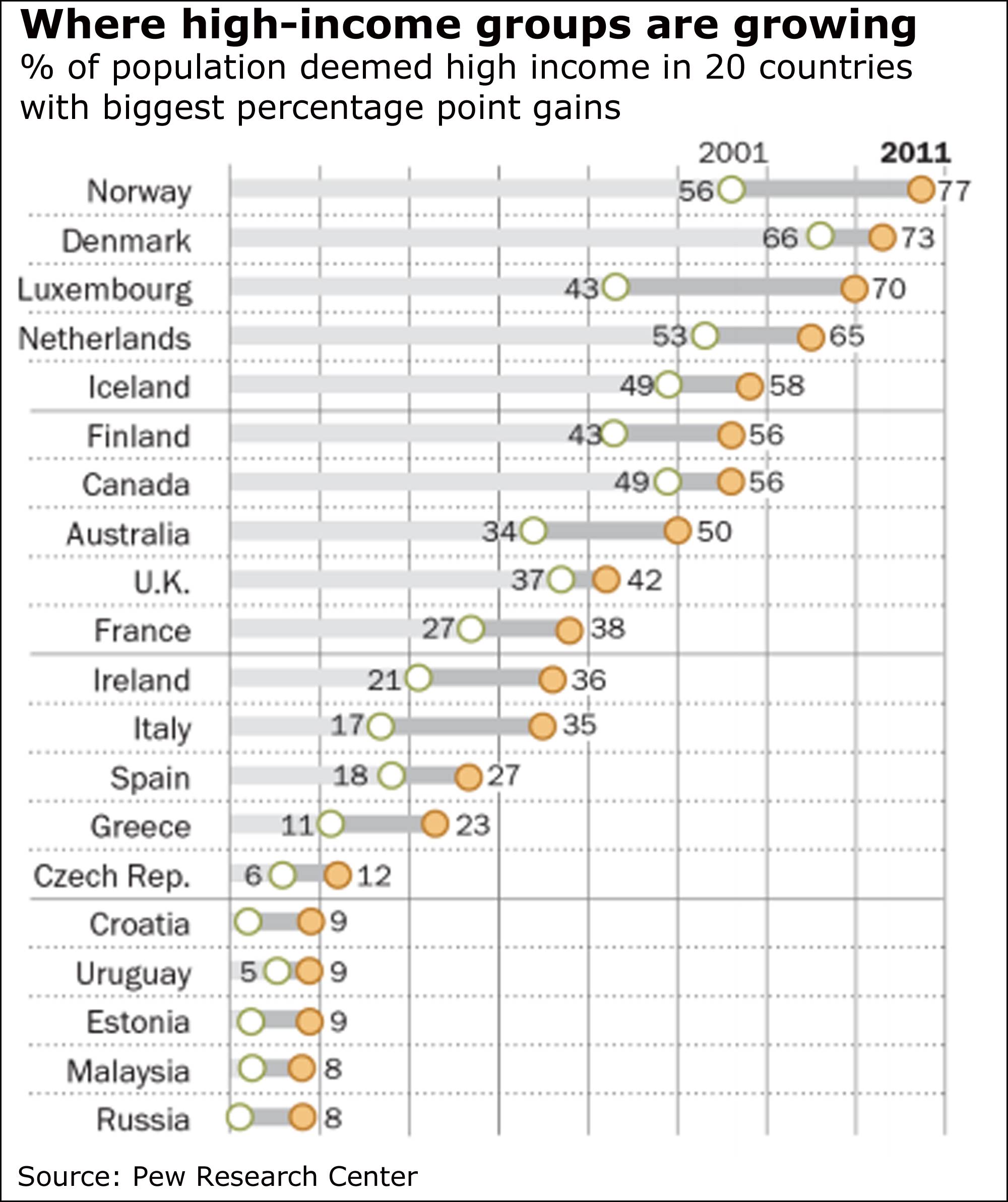 We’ve had setbacks, of course, including the financial crisis and the current crude slump that has shocked once-strong oil-producing regions such as Alberta.

Nor should we forget that unemployment is still high, just shy of 7 per cent, as Canada struggles to return to pre-crisis levels.

But where high income earners are concerned, Canada has now caught up to the United States. The portion of the population deemed at that level was 56 per cent in 2011, as the percentage of high-income earners rose in Canada and actually dipped in the U.S.

“The lack of movement up the income ladder in the U.S. is the result of two recessions over the period of 2001 to 2011,” the Pew report said.

“The disparate trends in Canada and the U.S. may be due to the fact that the effects of the Great Recession were milder in Canada,” it added.

“Also, income growth for Canadians in the middle of the income distribution may have been relatively stronger than for Americans in a similar position. Not only is income inequality lower in Canada in comparison with the U.S., but, unlike in the U.S., there was no increase in inequality in Canada from 2001 to 2011.”

Income inequality is a huge issue globally, as are the fortunes of the middle class in Canada and the United States. 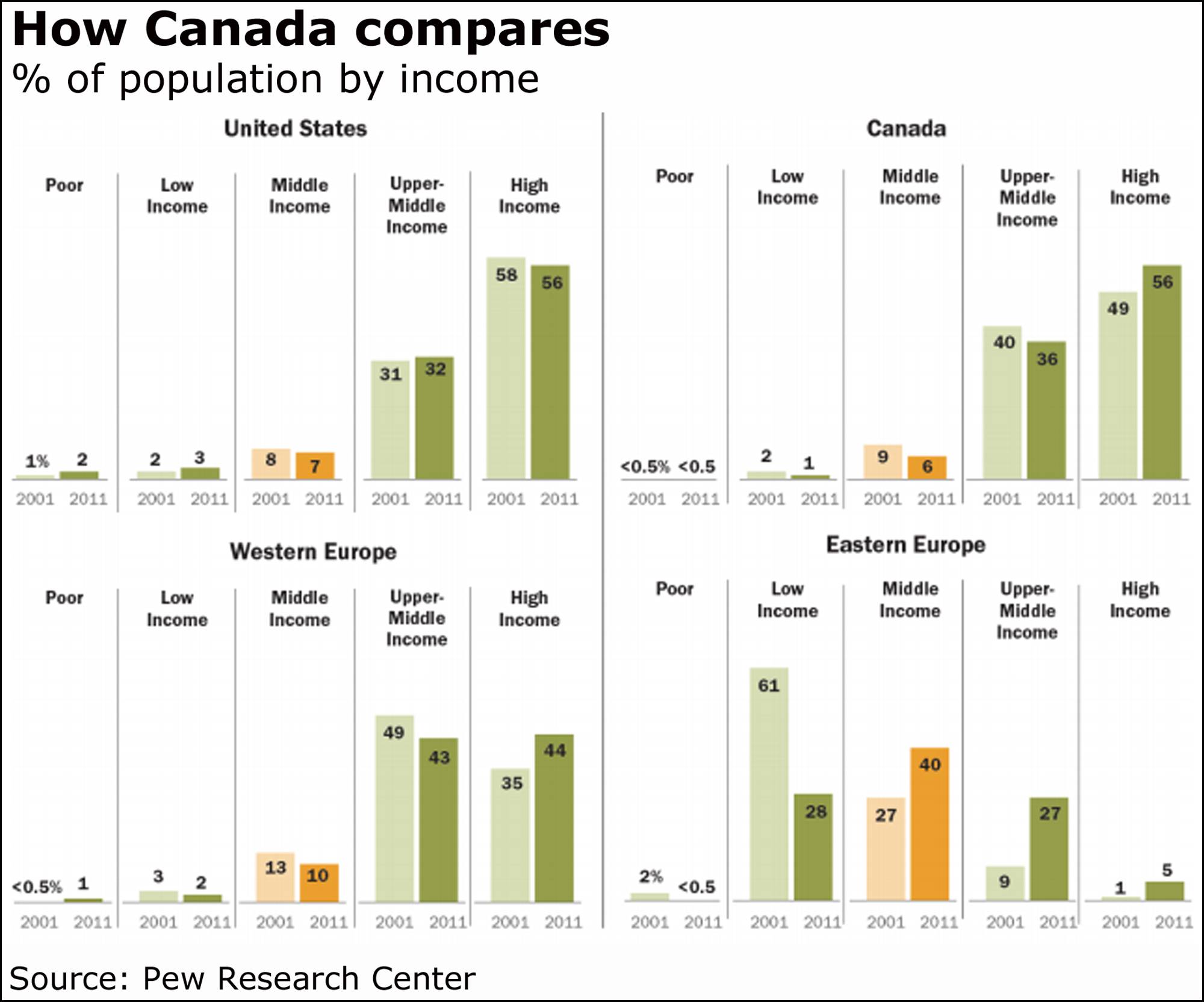 Middle and upper-middle income earners have declined by moving into the higher ranks.

The population of those in the middle group fell to 6 per cent of the population in 2011, from 9 per cent a decade earlier, while those deemed upper-middle declined to 36 per cent from 40 per cent.

Pew’s numbers are based on income for a four-member household, converted to 2011 purchasing power parity dollars, or adjustments to take currency-related price differences into account. 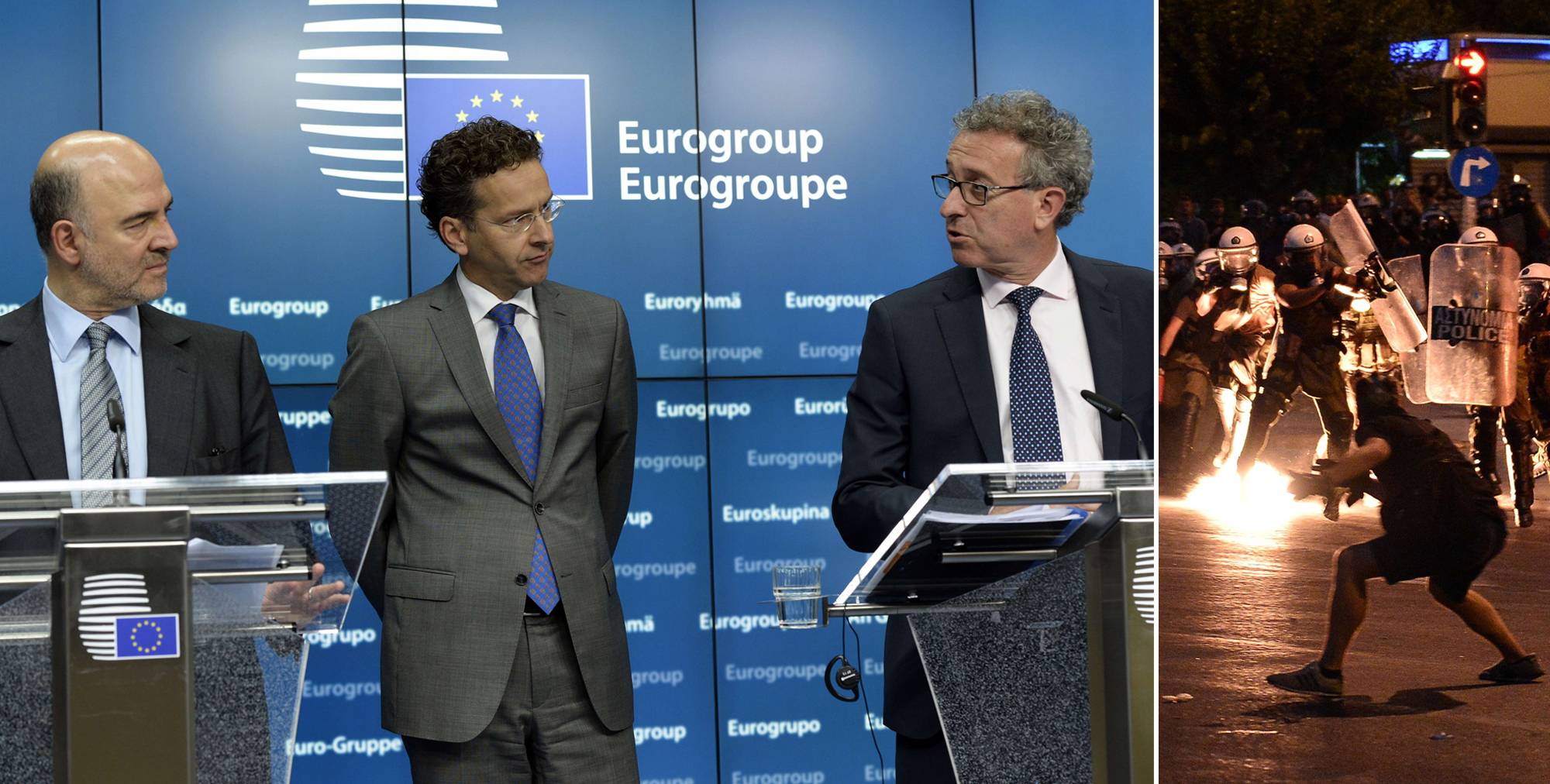 “What'd you say? Time for cocktails in Athens?”

German Chancellor Angela Merkel sold the Greek bailout to her parliament today, winning a key vote though several questions remain, notably the International Monetary Fund’s insistence that this isn’t going to work in its current form.

“It must be said, we are merely delaying the inevitable,” warned London Capital Group chief analyst Brenda Kelly.

Formal negotiations with Athens will begin soon, after approval by the Greek parliament of the proposed deal.

Well, this says it all 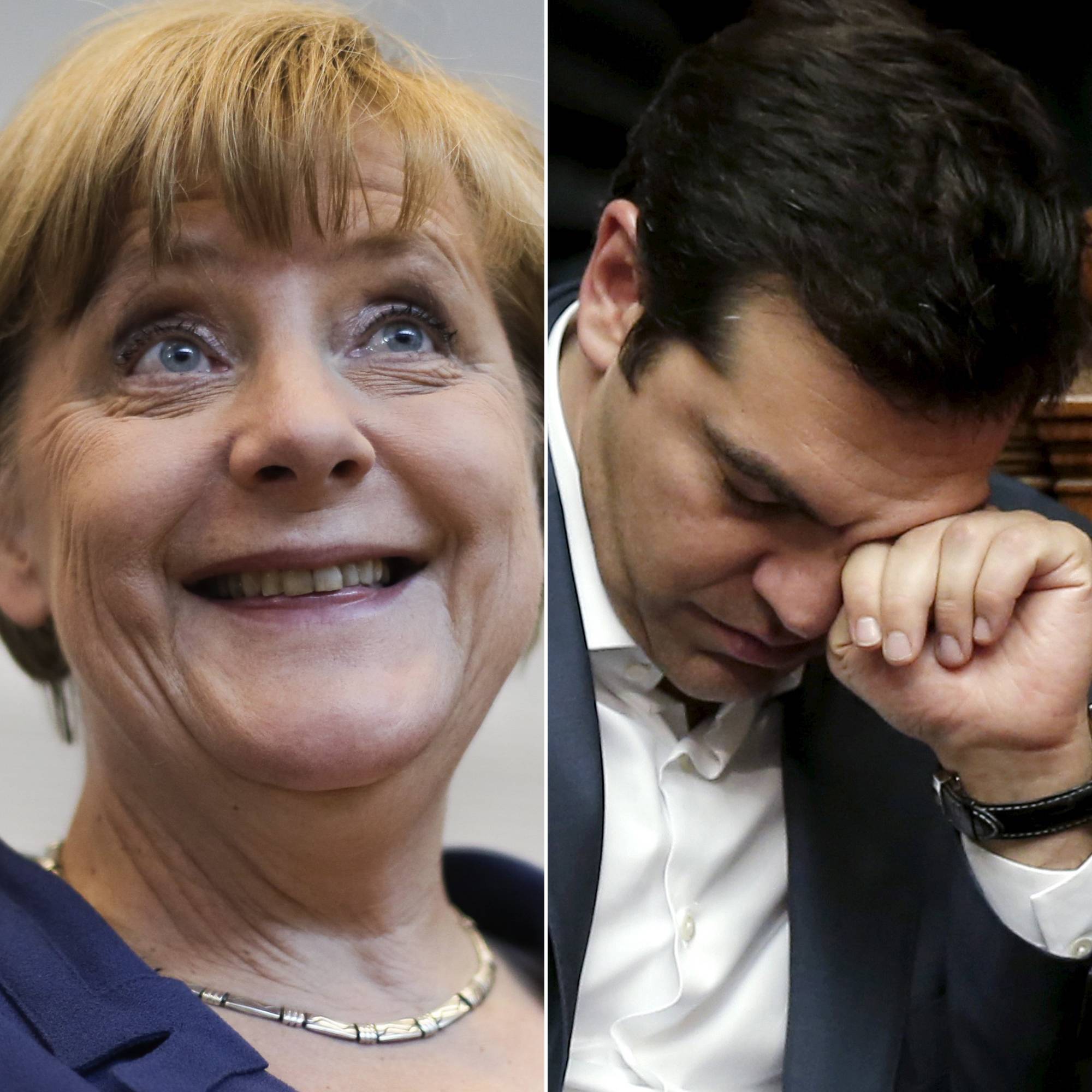 Annual inflation in Canada ticked up a notch to 1 per cent in June, obviously nothing that’s going to change the bar.

And if you’re wondering: If you strip out energy, consumer prices rose 2.1 per cent, Statistics Canada said today.

So-called core prices, which strip out all volatile items, rose 2.3 per cent.

“While that’s above the [Bank of Canada] objective for trend inflation at 2 per cent, the bank has been drawing attention to a new ‘underlying’ measure that it asserts has been only 1.5-1.7 per cent, by excluding the one-time lift from a weaker [Canadian dollar] and a few other special cases,” said chief economist Avery Shenfeld of CIBC World Markets.

“Thus, today’s news will not bear materially on monetary policy ahead.”

This has absolutely nothing to do with business and economics, but I have to share it.

A squirrel, apparently drunk on beer and “staggering around,” caused an estimated £300 in damages at the Honeybourne Railway Club in Evesham, the BBC reports.

“He must have flung himself on the handle and drank some as he was staggering around all over the place and moving a bit slowly,” club secretary Sam Boulter told the BBC.

“I’ve never seen a drunk squirrel before. He was sozzled and looked a bit worse for wear, shall we say.”

Here's really all you need to know: Japan is overhauling its consumer price index, adding hearing aids and dropping foods aimed at children.