But if you’re sitting around reading, it’s costing you more. So is the shirt on your back. And, maybe, just wait for higher car prices.

According to the Bank of Canada, travel services have been “particularly robust,” boosted by the lower Canadian dollar, as this chart shows. 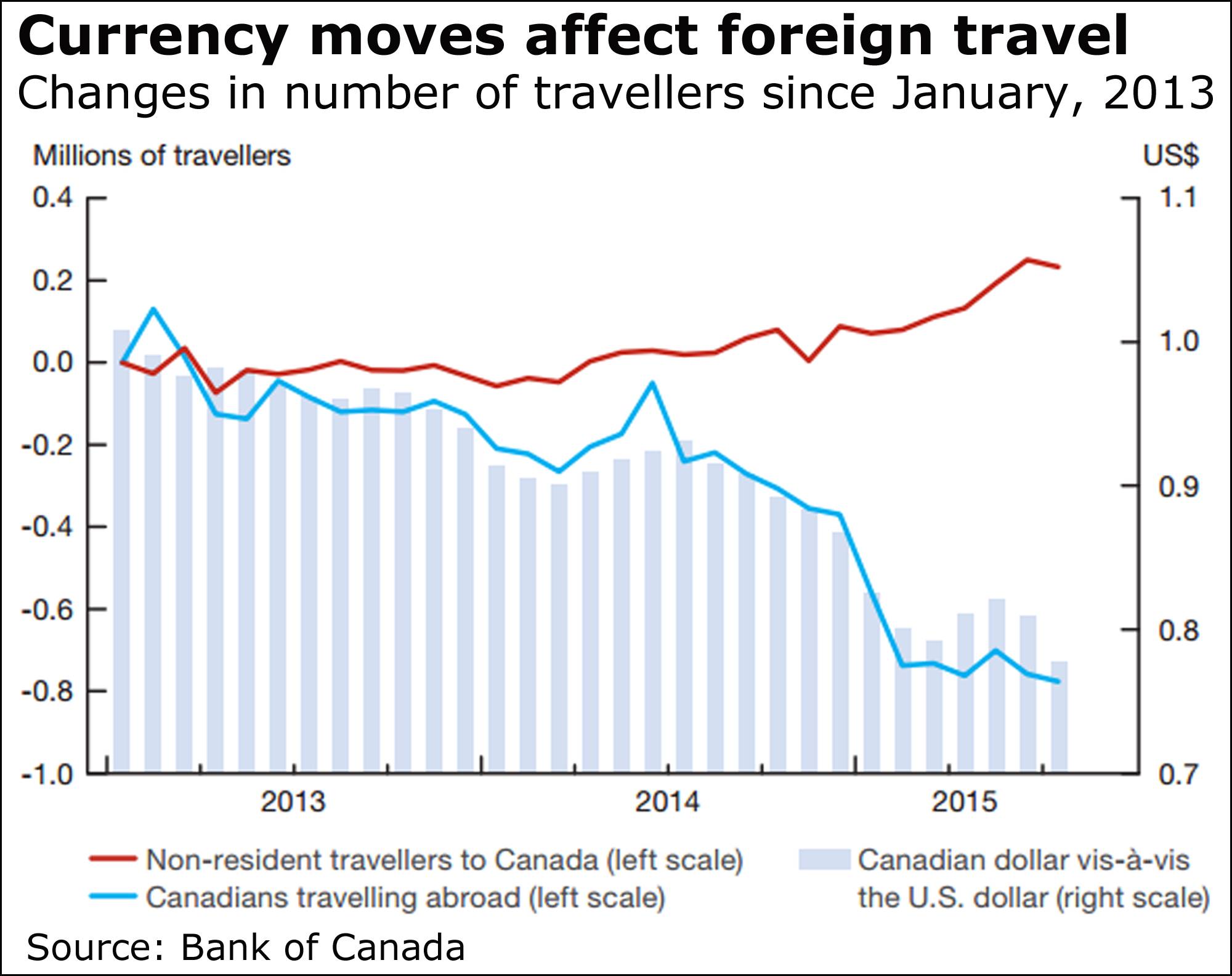 “The number of international visitors to Canada has picked up, while the number of Canadians going abroad has declined noticeable,” the central bank said this week in its monetary policy report.

Which means Canadians have been spending more at home. 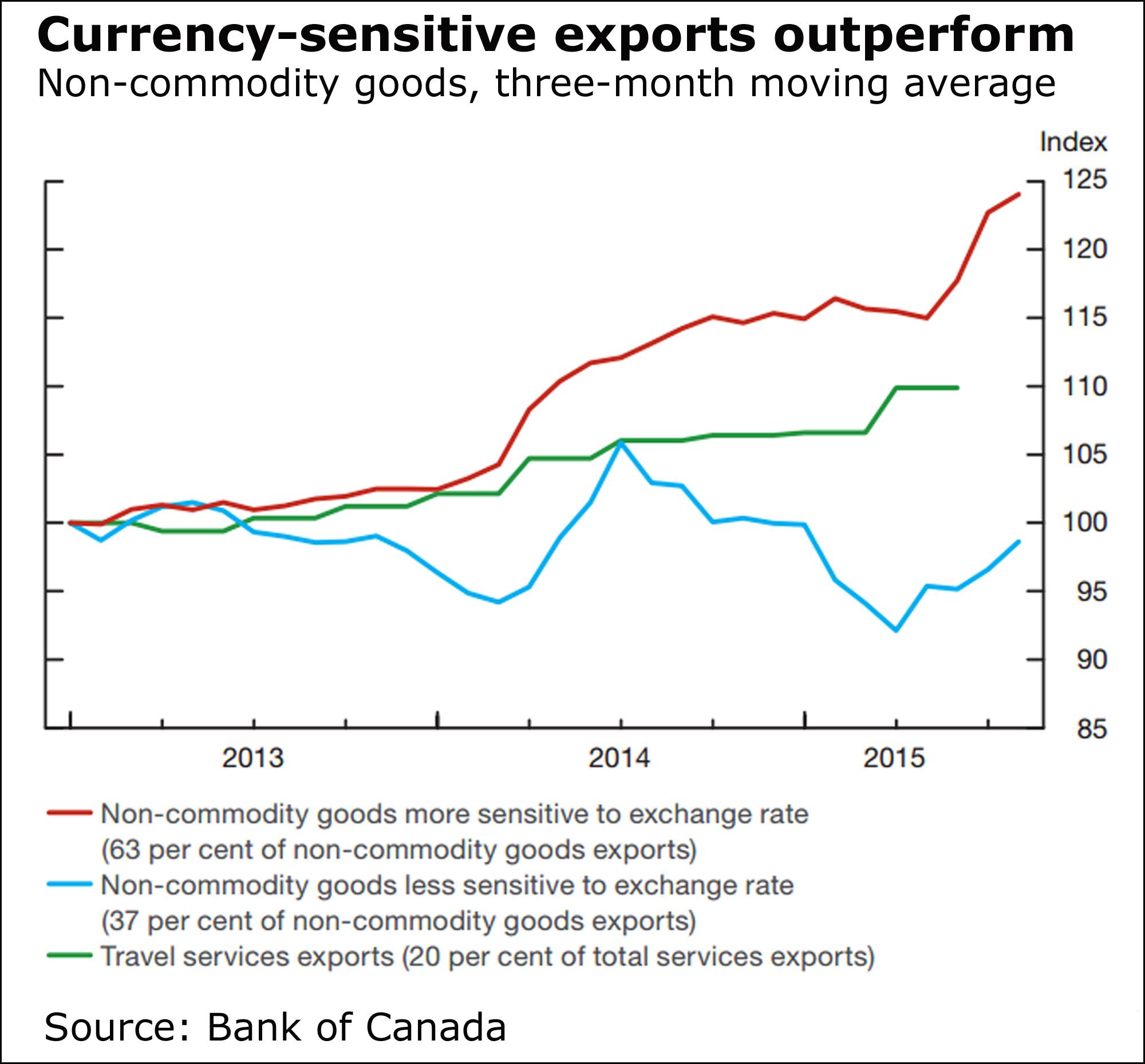 But there’s another side to all this, and we saw some of it in today’s monthly Statistics Canada report on consumer prices, particularly where books are concerned with “pass-through from the weaker loonie playing a bigger role now,” as Bank of Montreal senior economist Benjamin Reitzes put it.

“There was only one meaningful sign of pass-through in the September report, with reading materials prices jumping 1.7 per cent (the third-biggest gain in six years,” Mr. Reitzes said.

“While the Canadian dollar has actually firmed slightly on average in October (so far), there’s probably still more pass-through to come in the months ahead.”

There has also been an impact on clothing prices over time, though not last month. Prices for clothes did rise, but less than expected given that costs tend to climb in September for seasonal reasons.

Auto prices were down, actually for the fourth month in a row, but Mr. Reitzes said it’s “a fair assumption” they’ll rise in time amid the weaker dollar.

He also pointed out that European and Japanese car makers likely aren’t facing the same challenges given that the Canadian dollar hasn’t softened quite as much against the euro and the yen.

The People’s Bank of China trimmed its benchmark rate by one-quarter of a percentage point, to 4.35 per cent.

Analysts believe this is more a signal of the central bank’s “bias” rather than an emergency move, and it is helping.

“Credit growth is picking up and government spending, too,” said Mark Williams, the chief Asia economist at Capital Economics in London.

“Fears that the economy was rapidly decelerating seem to have receded,” he added.

“I’m giving ~1/3rd of my Twitter stock (exactly 1% of the company) to our employee equity pool to reinvest directly in our people.”@jack

I must remember to point out Twitter chief Jack Dorsey’s new management-labour plan to my boss today.

Having said that, he laid off almost 350 people last week.

Video: We should worry more about our debts