These are stories Report on Business is following Friday, Oct. 10, 2014.

BMO Nesbitt Burns has calculated the cost to Alberta, Saskatchewan and Newfoundland and Labrador were prices to hold at, or sink further from, their recent levels through the rest of the fiscal year.

In a report titled "Life with $85 oil," senior economist Robert Kavcic noted that Alberta, of course, would be hit hardest, followed by Saskatchewan and then Newfoundland.

His comments come as oil, whose decline now surpasses the 20-per-cent mark that constitutes a bear market, sank further today.

The American benchmark, West Texas Intermediate, now sits below $84 (U.S.) a barrel, and Brent below $90.

Mr. Kavcic noted that the three Canadian provinces have based their fiscal 2014-2015 budgets on oil prices of between $97 for WTI and $105 for Brent.

"After a strong start to the year for prices, there's now downside risk here if prices stay at or below recent levels for the remainder of the fiscal year," he said.

"Longer-term plans (mostly in the $95 range) would also be at risk if these prices stick."

Mr. Kavcic calculated that oil royalties in Alberta, which assumes a WTI price just shy of $97, would be whacked to the tune of $1.2-billion (Canadian), though the overall impact would be lower because of a $500-million boost from the softer Canadian dollar.

(That does not include any impact, be it positive or negative, from the spread between WTI and the western Canada benchmark.)

"Pound for pound, Saskatchewan would probably be hit somewhat less hard (even though their price assumption is higher), while Newfoundland and Labrador would have some serious thinking to do," Mr. Kavcic said, referring to the fact that Saskatchewan WTI at just below $100 (U.S.) and Newfoundland bases its books on Brent at $105.

In a separate report, Mr. Kavic's colleague Douglas Porter, BMO's chief economist, looked at how the sliding Canadian dollar plays into all of this.

"While the drop in US$ terms has been especially deep, what mostly matters for Canada (and government revenues) is what's happening to oil in C$ terms," Mr. Porter said.

"The steady drop in the loonie over the past two years has somewhat softened the blow for domestic producers," he added, using WTI as his example.

"Thursday's prices translated into C$95.75 per barrel. That's down about 15 per cent from the $110-to-$115 range prevailing earlier this year. However, it's still (slightly) above the five-year trend in prices."

Amina Beecroft, president of A2B2 Analytics Inc. in Calgary, however, said the "sky isn't falling" in Alberta at this point.

"The major difference between the current environment and that of late 2012 and early 2013 is the reduction of the differential between benchmark WTI and the heavy crude oil benchmark Western Canadian Select (WCS) in combination with the depreciating Canadian dollar," she said.

"During December 2012, the differential between WTI and WCS was a staggering 38 per cent, whereas the differential has narrowed to current levels of 15 per cent and averaged under 20 per cent for the current government fiscal year-to-date."

She also noted that the Canadian dollar was above parity in late 2012 and now, of course, is below 90 cents.

"A lower dollar is advantageous to Alberta with royalty calculations based on Canadian dollar crude oil prices."

OPEC, by the way, held its demand forecasts steady today in a report on the next two years.

(This item has been updated to clarify that Mr. Kavcic's calculations did not include any impact from the spread between WTI and the western Canada benchmark.)

Labour market picks up
Canada's jobless rate is down to 6.8 per cent, the lowest since late 2008.

The amazing ups and downs in the country's employment reports continued to amaze as Statistics Canada said today that the economy churned out 74,000 jobs last month. Notable is that most were full-time positions.

The jobless rate, in turn, fell from the August level of 7 per cent to mark the lowest rate since the depths of the recession in December, 2008.

The longer-term trend is a better barometer, said senior economist Krishen Rangasamy of National Bank, because of the volatility in these monthly reports, with no consecutive gains or declines so far this year.

"While not spectacular, that's not a bad performance, either. We expect employment to find further support in the coming months thanks to better corporate profits and an improving North American economic outlook."

September's gains were largely in the accommodation and food services, health care, construction and resources.

Among the provinces, employment climbed in Ontario, Alberta, Saskatchewan and Newfoundland and Labrador. Other provinces held the line.

"Good news for Canada's job market has mostly been in short supply so far this year, and today's result is a refreshing change of pace," said BMO's Mr. Porter.

"Of course, there is a but … Inevitably, there will be a slew of renewed questions about the quality of the jobs data, especially the wild swings in private sector payrolls," he added.

"As well, the good domestic news could quickly disappear under the waves of bad news washing ashore from overseas economies. As a standalone report, however, these results are quite impressive."

The long and short on the stunning drop in oil prices
October 8, 2014 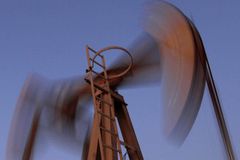 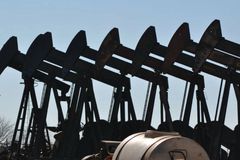 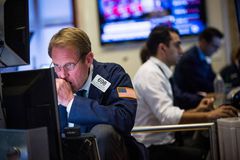 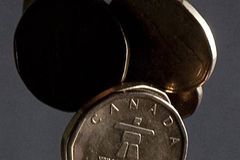